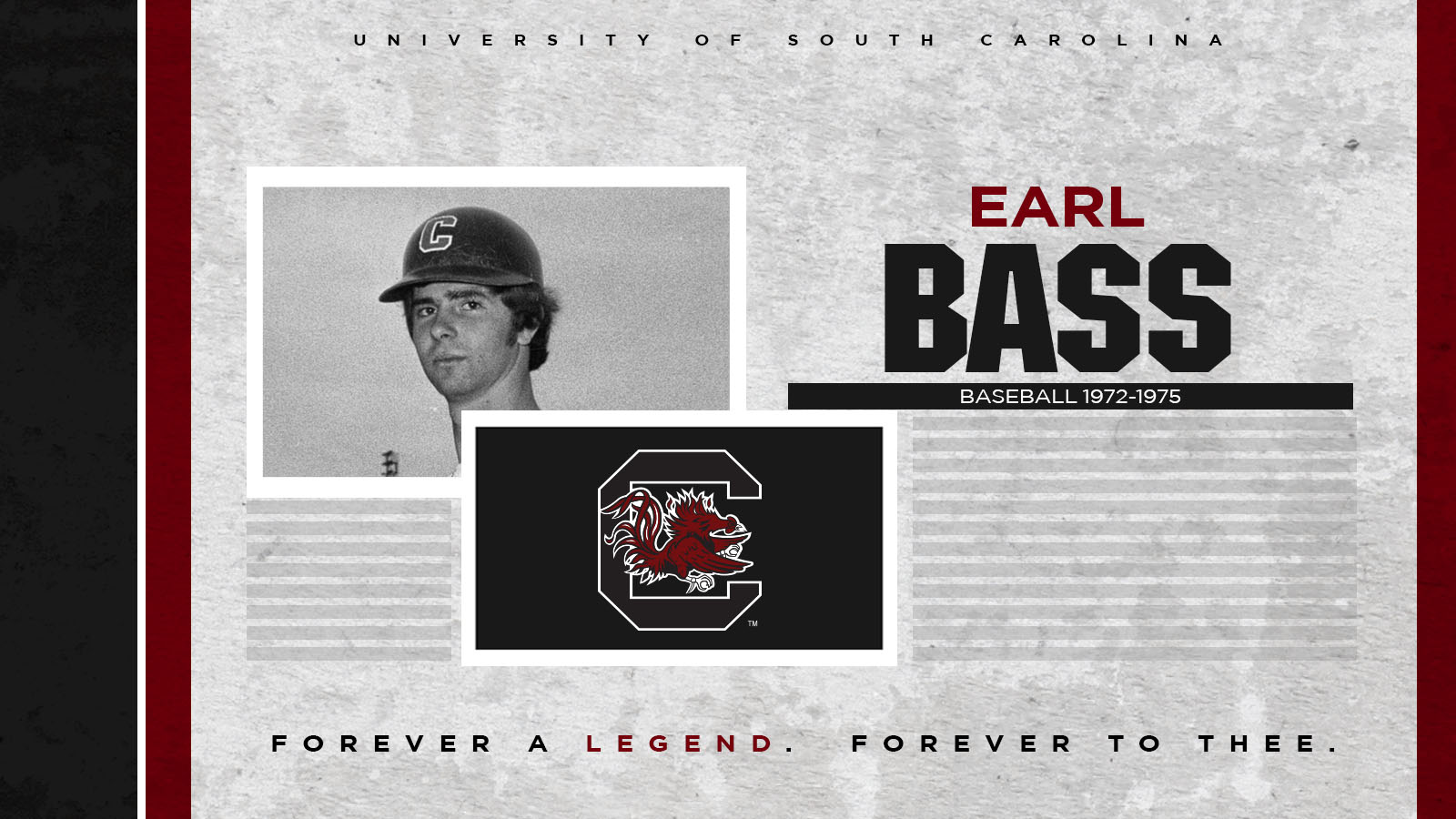 South Carolina will posthumously retire the jersey of Earl Bass prior to the May 4 game against Vanderbilt.

COLUMBIA – The University of South Carolina athletic department will posthumously retire the jersey of Earl Bass prior to the Gamecocks’ May 4 game against Vanderbilt. First pitch between Carolina and the Commodores is set for 8 p.m. and will be televised on ESPNU.

Bass was runner-up in balloting for the Lefty Gomez Plate, symbolic of the top amateur baseball player in the United States, when he pitched the Gamecocks to within one game of the NCAA championship at the College World Series in Omaha, Neb., in 1975. He was inducted into the South Carolina Letterman’s Hall of Fame in 1989 and was an SEC Legend at the 2017 SEC Baseball Tournament.

Bass’ jersey will adorn the outfield wall along with former head coach and current Athletics Director Ray Tanner’s No. 1 jersey, which was retired in 2013.

By policy, there is a five-year waiting period after a former Gamecock student-athlete’s last final season of participation before their jersey can be considered for retirement. As part of the policy, the University will retire jerseys, but will not retire numbers. Those numbers previously retired will continue to be in a retired state.

Carolina will open the three-game series with Vanderbilt on Friday night (May 3) with a 7 p.m. first pitch at Founders Park.