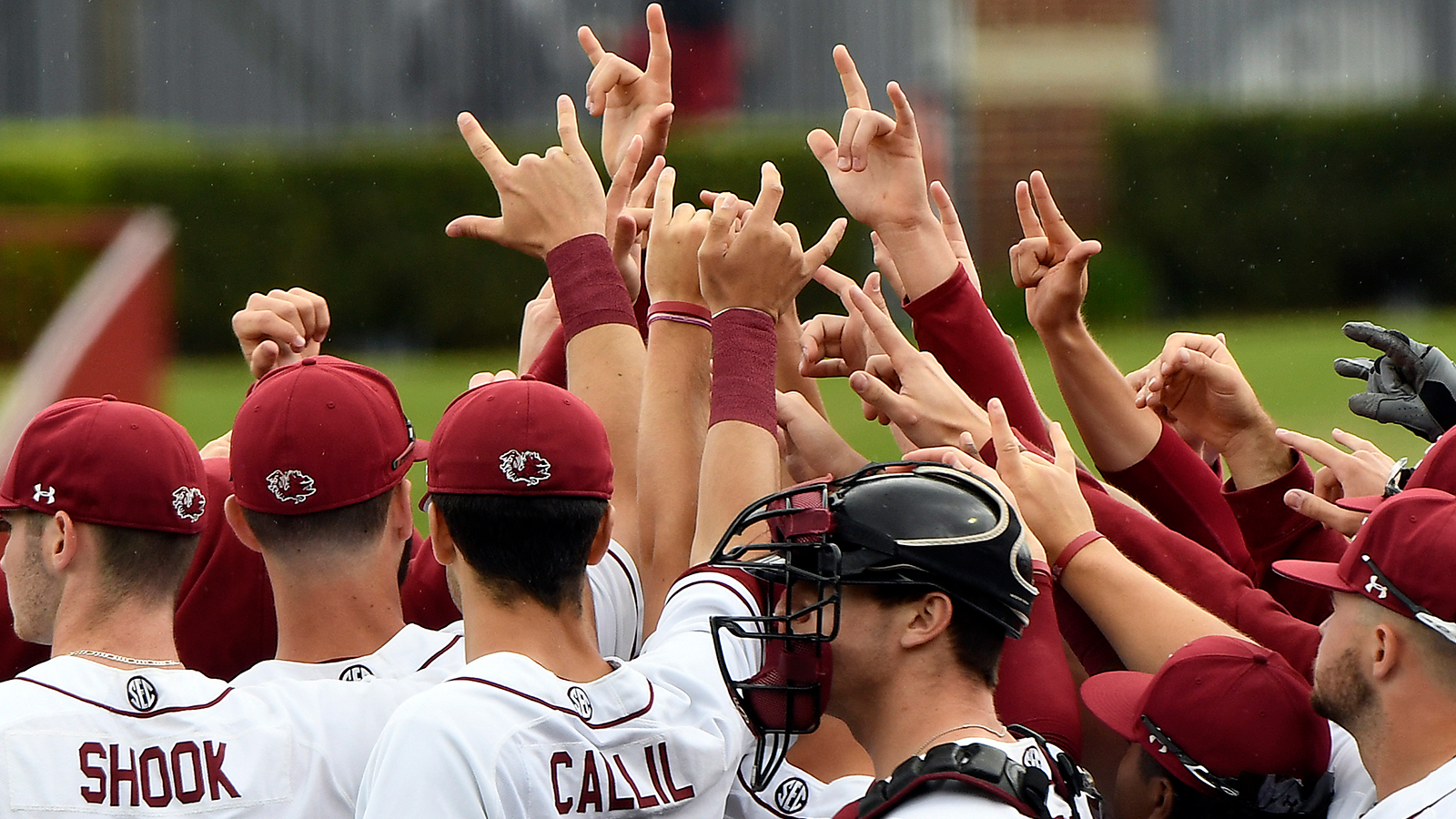 The Gamecocks and Commodores start the three-game set Friday night at 7 p.m.

COLUMBIA, S.C. — The University of South Carolina baseball team starts an eight-game homestand this weekend, facing No. 4 Vanderbilt for three games at Founders Park. Friday’s game will start at 7 p.m. with an 8 p.m. first pitch for Saturday’s contest. The series concludes Sunday afternoon at 1:30 p.m. Friday and Sunday’s games will be streamed on SEC Network + while Saturday’s game will be televised on ESPNU with Matt Schick and Todd Walker on the call. All games will be broadcast on The Game 107.5 FM and the Gamecock Sports Network with Derek Scott and Tommy Moody on the call. Carolina had the midweek free for final exams after being swept at Missouri this past weekend.

The Commodores, winners of eight in a row, defeated Tennessee Tech, 21-10, on Tuesday night in Nashville. Isaiah Thomas was 4-for-5 with five RBI and Pat DeMarco added three hits and three RBI in the win. Austin Martin leads Vanderbilt and the SEC with a .413 batting average while JJ Bleday has a conference-best 21 home runs. Vandy leads the SEC with a .321 team batting average. On the mound, Drake Fellows is a perfect 9-0 with a 3.67 ERA and 78 strikeouts in 68.2 innings pitched.

Carolina holds a 58-33 series advantage on Vanderbilt heading into this weekend’s action. Last season, the Gamecocks took 2-of-3 games from the Commodores in Nashville, winning the series opener, 8-7, and taking the Sunday contest, 10-9. Jonah Bride and Carlos Cortes had three RBI apiece in that Sunday win. Carolina is 25-14 all-time against Vanderbilt in Columbia.

The University of South Carolina athletic department will posthumously retire the jersey of Earl Bass prior to the Gamecocks’ May 4 game against Vanderbilt. Bass was an outstanding pitcher for the Gamecocks and compiled a 34-3 career record despite missing most of the 1973 season with an arm injury. A first-team All-America selection in 1974 and 1975, Bass had a 12-1 mark in 1974 and was 17-1 in 1975. He set a then-national record by winning 23 consecutive games over two seasons, a feat that still ranks second in the NCAA. Bass holds school record for shutouts (10), earned-run-average (1.34) and strikeouts (392). Bass was runner-up in balloting for the Lefty Gomez Plate, symbolic of the top amateur baseball player in the United States, when he pitched the Gamecocks to within one game of the NCAA championship at the College World Series in Omaha, Neb., in 1975. He was inducted into the South Carolina Letterman’s Hall of Fame in 1989 and was an SEC Legend at the 2017 SEC Baseball Tournament.

Redshirt sophomore catcher Luke Berryhill hit his 10th home run of the season, a two-run shot, in the 10-3 win over Charleston Southern on April 23. He carries a 24-game reached base streak into the Vanderbilt series and is hitting .375 with three doubles and three home runs in his last 10 games.

Carolina continues its homestand on Wednesday, May 8 when the Gamecocks host Furman. First pitch at Founders Park is set for 7 p.m.