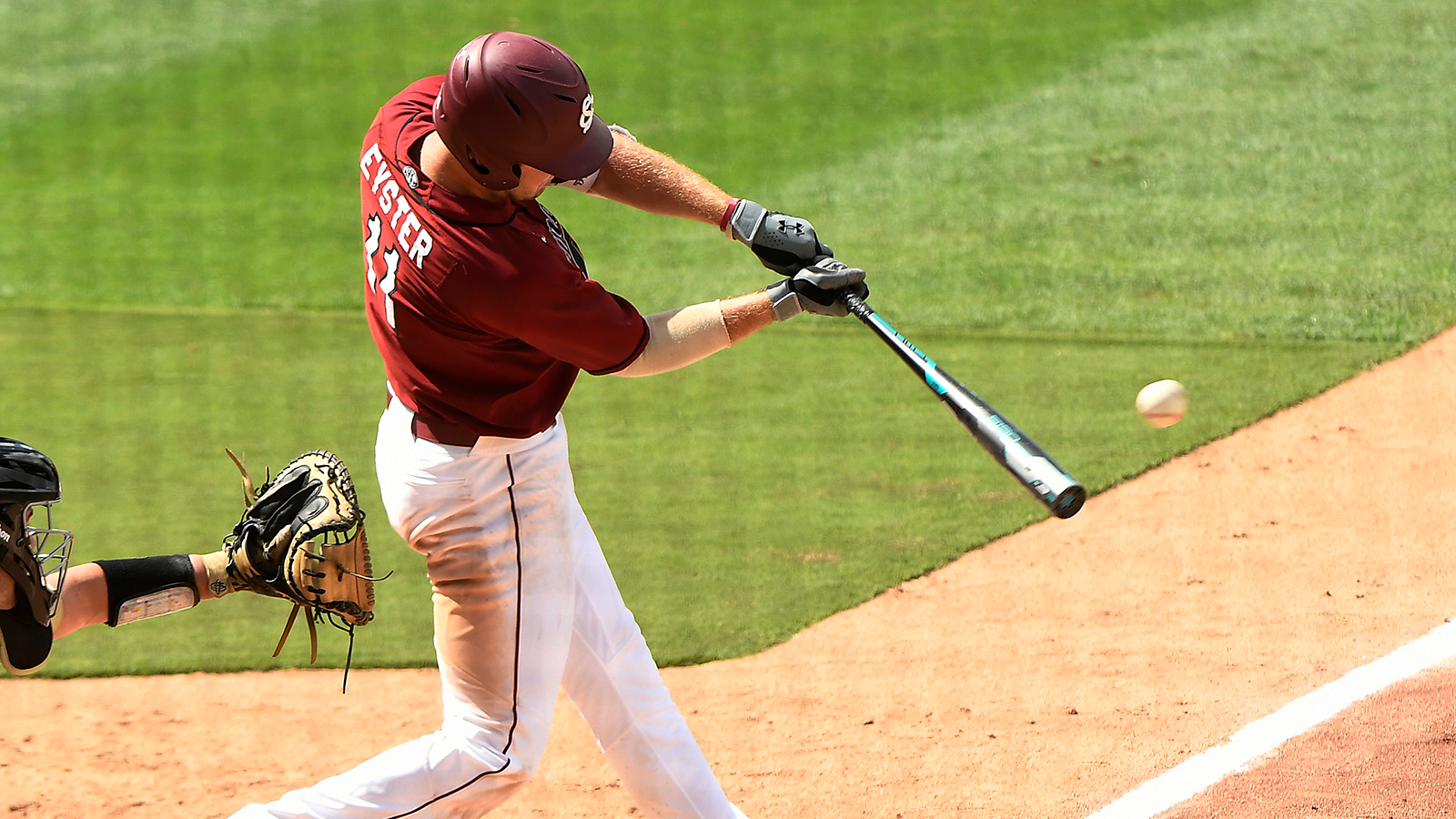 The Gamecocks dropped 9-3 and 6-2 decisions to the Commodores on Sunday afternoon.

COLUMBIA, S.C. – The University of South Carolina dropped both games of a doubleheader to No. 4 Vanderbilt, falling in the opener, 9-3, and in the nightcap, 6-2.

The Gamecocks took a 2-0 lead in the bottom of the second of game one as Jacob Olson and Andrew Eyster doubled to lead off the inning. Olson scored on Eyster’s two-bagger and Chris Cullen brought in the second run with a sacrifice fly to right. Vandy came back with three runs in the top of the third as a Gamecock error opened the door for the scoring.

Carolina tied the game at three in the fourth on Eyster’s seventh home run of the season. Vandy ended the contest scoring the last six runs, including four in the seventh as Austin Martin and JJ Bleday each had two-run hits.
Eyster
had two hits and drove in a pair to lead the Gamecock offense. Reid Morgan took the loss on the mound, allowing four earned runs and five hits with four strikeouts and six walks in 5.1 innings.
Vandy o
pened the scoring in game two with four runs in the second, two on Pat DeMarco’s third home run of the year. Carolina bounced back with two runs in the fifth. Luke Berryhill reached on an error to start the inning. He went to second on Olson’s double and scored on Eyster’s RBI single. With two out, Wes Clarke singled to right to score Olson.

The Gamecocks threatened in the sixth, as Olson and Eyster both had two-out singles. Cullen took a Hugh Fisher pitch to the warning track in right, but it was hauled in by Bleday for the third out. Vandy then added insurance in the seventh on back-to-back home runs from Bleday and Ethan Paul.

Vandy answered a two-run Carolina second inning with three runs of its own in third on a two-run fielding error and an infield single.

Eyster went 5-for-7 with two runs scored, a double, a home run and three RBI in the Vandy series.

Carolina continues its eight-game homestand Wednesday night (May 8) as the Gamecocks host Furman. First pitch is scheduled for 7 p.m. at Founders Park.