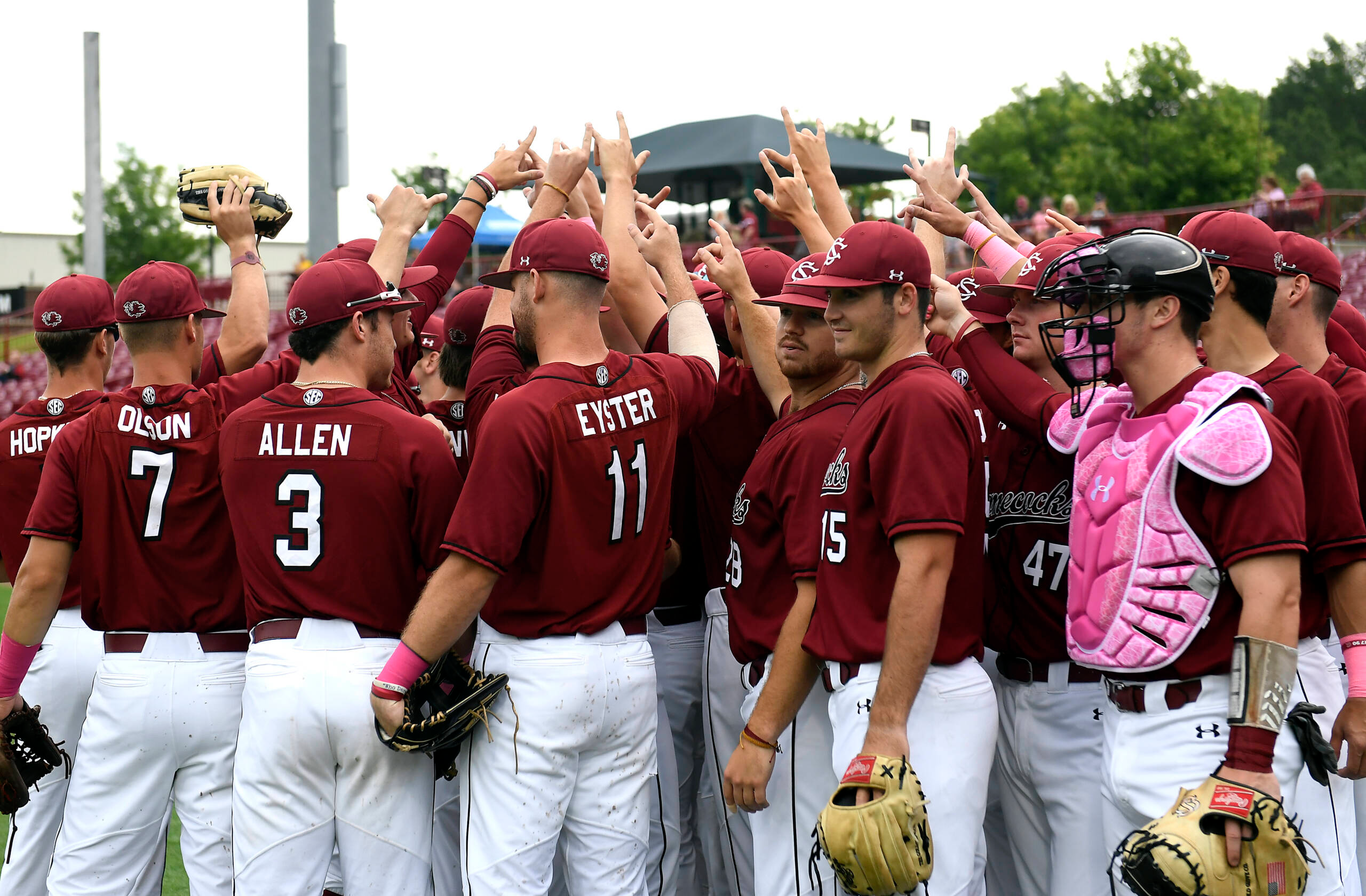 The Gamecocks were 2-2 on the week, including a series win over Kentucky.

COLUMBIA –The University of South Carolina baseball team went 2-2 this week, falling to Furman on Wednesday night before taking the series with Kentucky at Founders Park.

NOTES:
The Gamecocks took 2-of-3 games from Kentucky to win its first SEC series of the season. Andrew Eyster homered in the seventh to break a four-all tie in a 5-4 win. The Gamecocks then exploded for 13 hits in an 11-3 win on Saturday.

Brett Kerry threw four innings this weekend in the pair of Carolina wins. He pitched the final inning on Friday, striking out a batter in a seven-pitch inning. Kerry then pitched the final three frames on Saturday, striking out five and allowing just an infield single in the ninth. On the season, Kerry is now 3-1 with a 2.60 ERA and seven saves with 61 strikeouts in 52 innings pitched.

Reid Morgan earned his fourth win of the season in the Saturday game, striking out eight and allowing just two earned runs with no walks in six innings of work. Morgan spinned three 1-2-3 innings in his 99-pitch outing. Morgan has a 3.79 ERA with 66 strikeouts in his 13 starts this season.

Carolina wraps up the regular season with four games this week. The Gamecocks host USC Upstate, then head to Starkville for a three-game series with Mississippi State.