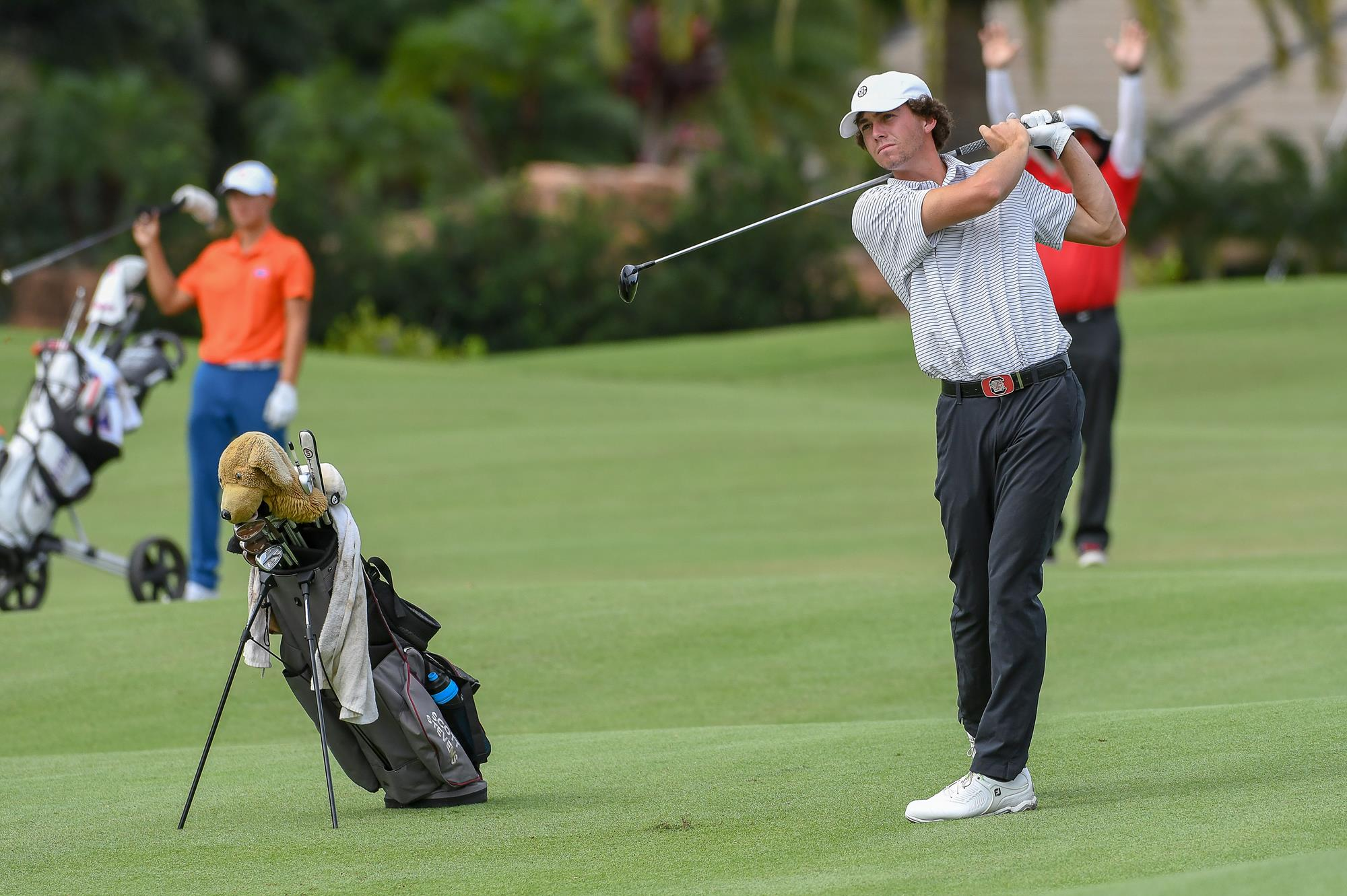 NORMAN, Okla. — Senior Scott Stevens was named one of 30 semifinalists for the 2019 Division I Jack Nicklaus National Player of the Year Award presented by Barbasol on Monday the Golf Coaches Association of America announced.

Recipients will be announced May 30 with the honor presented by Jack Nicklaus at a ceremony during the final round of the Memorial Tournament presented by Nationwide at Muirfield Village Golf Club. In addition to receiving the Jack Nicklaus National Player of the Year Award, the five recipients will compete in the Barbasol Shootout for an exemption into the PGA TOUR’s Barbasol Championship, held July 18-21, at the Champions at Keene Trace in Lexington, Ky. The Barbasol Shootout will be held Saturday, June 1 at The Ohio State University Golf Club’s Scarlet Course in Columbus, Ohio – the same club where Jack Nicklaus played collegiate golf for the Buckeyes.

Stevens, who led the 17th-ranked Gamecocks with a first round 67 (-3) today at the NCAA Pullman Regional, has been consistent from start to finish during the 2018-19 season. He leads the team with a 70.59 scoring average, nine top-20 finishes in 10 regular season starts and 23 rounds of par or better. Stevens is ranked 29th in the latest Golfstat Player Rankings (5/7/19). He helped Carolina jump back onto the national scene with three wins this spring.

The Chattanooga, Tenn., native, has started every tournament the past four seasons for the Gamecocks. Stevens is currently the all-time leader in program history with a 71.60 career scoring average. His 19 career top-10 finishes are fourth all-time at South Carolina and his seven top-fives are T-8th all-time.

The Gamecocks tee it up out West in the second round of the NCAA Pullman Regional on Tuesday morning. Senior Will Miles will lead things off on hole one at 11:25 a.m. ET. Live scoring will be available via Golfstat.