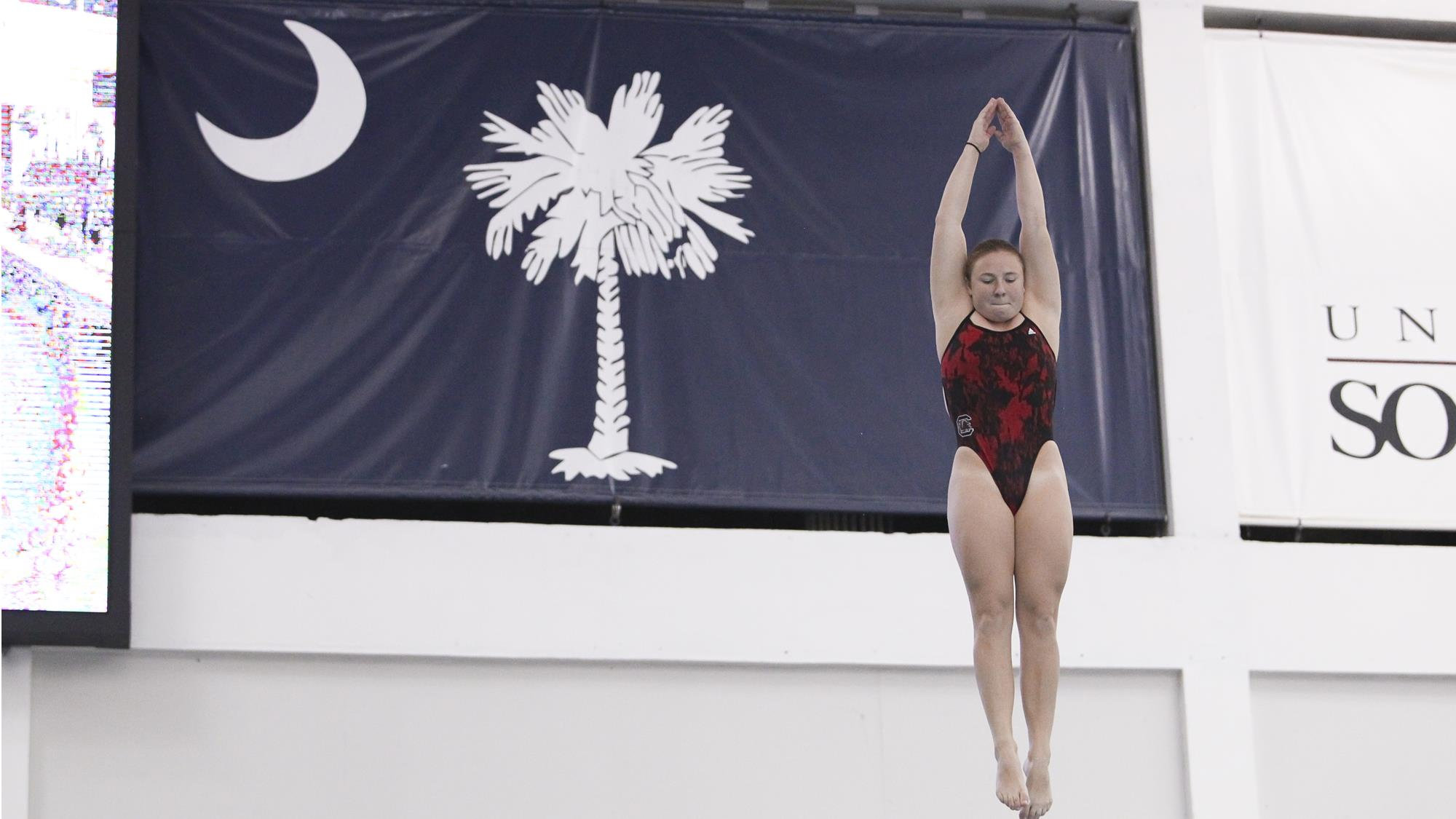 A biological sciences major, Lujan is a three-time CSCAA Scholar All-American who has made the President’s List (4.00 GPA) every semester of her college career. In the pool, she has qualified for the NCAA Championships each of the last three seasons, including in all three diving events at the 2019 event. She posted three event wins and 12 other top-three finishes in 2018-19.

Lujan becomes the third female member of the Gamecock swimming and diving team to earn Academic All-District honors since head coach McGee Moody took the reins of the program in 2007-08. The previous two selections – Lauren Lamendola (2016) and Taryn Zack (2011) – both went on to earn Acacemic All-America recognition as well.

For swimming and diving updates, continue to check back with GamecocksOnline.com or follow the team on social media (@GamecockSwim).