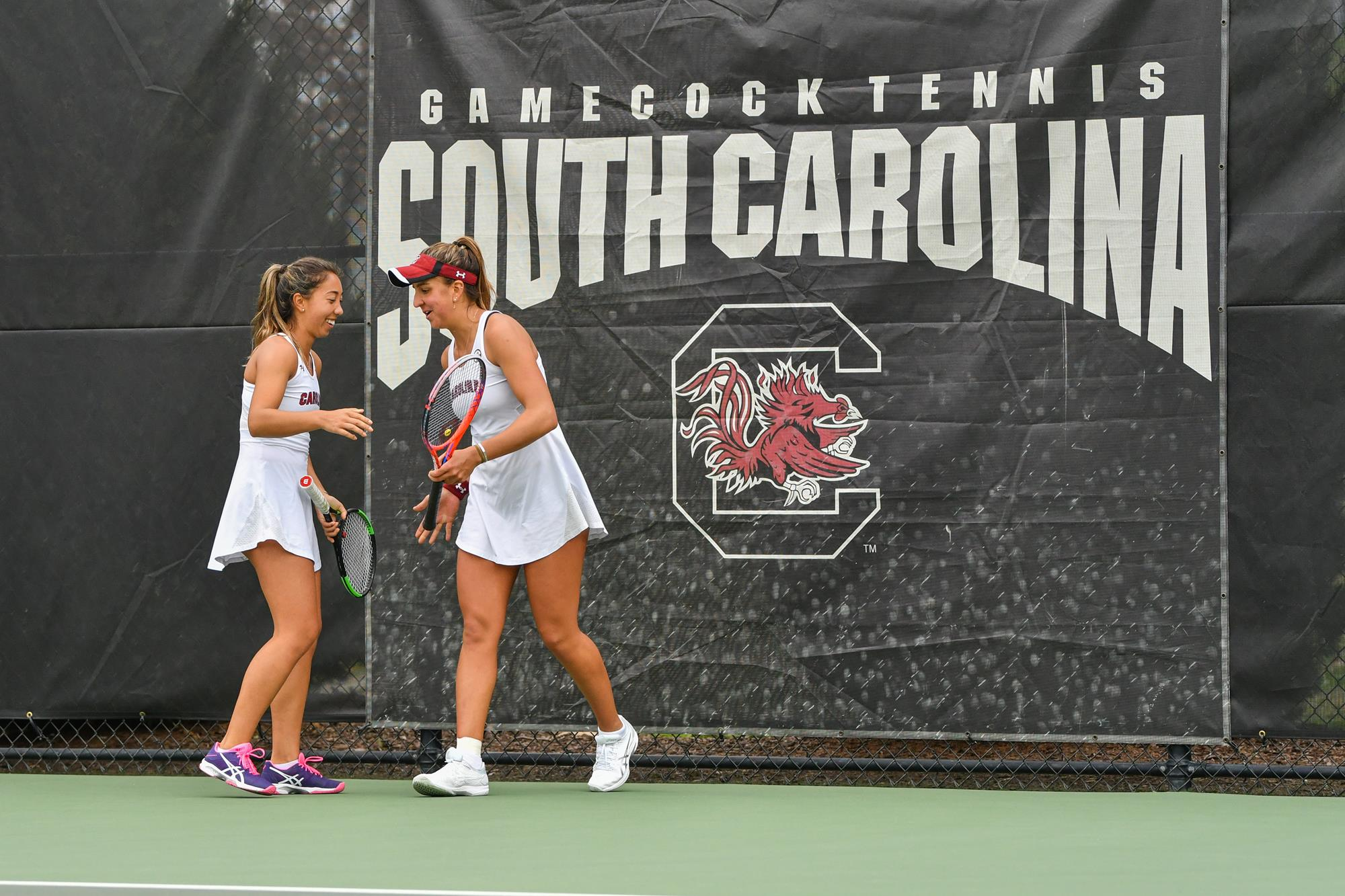 Horvit and Martins Advance to Second Round

ORLANDO, Fla. – The South Carolina women’s tennis doubles team of senior Ingrid Martins and junior Mia Horvit advanced to the second round of the NCAA Doubles Championship with a victory on Tuesday afternoon at the USTA National Campus.

Carolina’s No. 3-ranked and No. 4-seeded duo took a huge first set against No. 21 Ana Oparenovic and Emanuelle Salas of Florida State, 6-1.

Up next, Horvit and Martins will face the winner of No. 44 Megan Kauffman and Lauren Proctor of Winthrop and Washington State’s No. 23 Hikaru Sato and Tiffany Mylonas on Wednesday at a time to be determined.