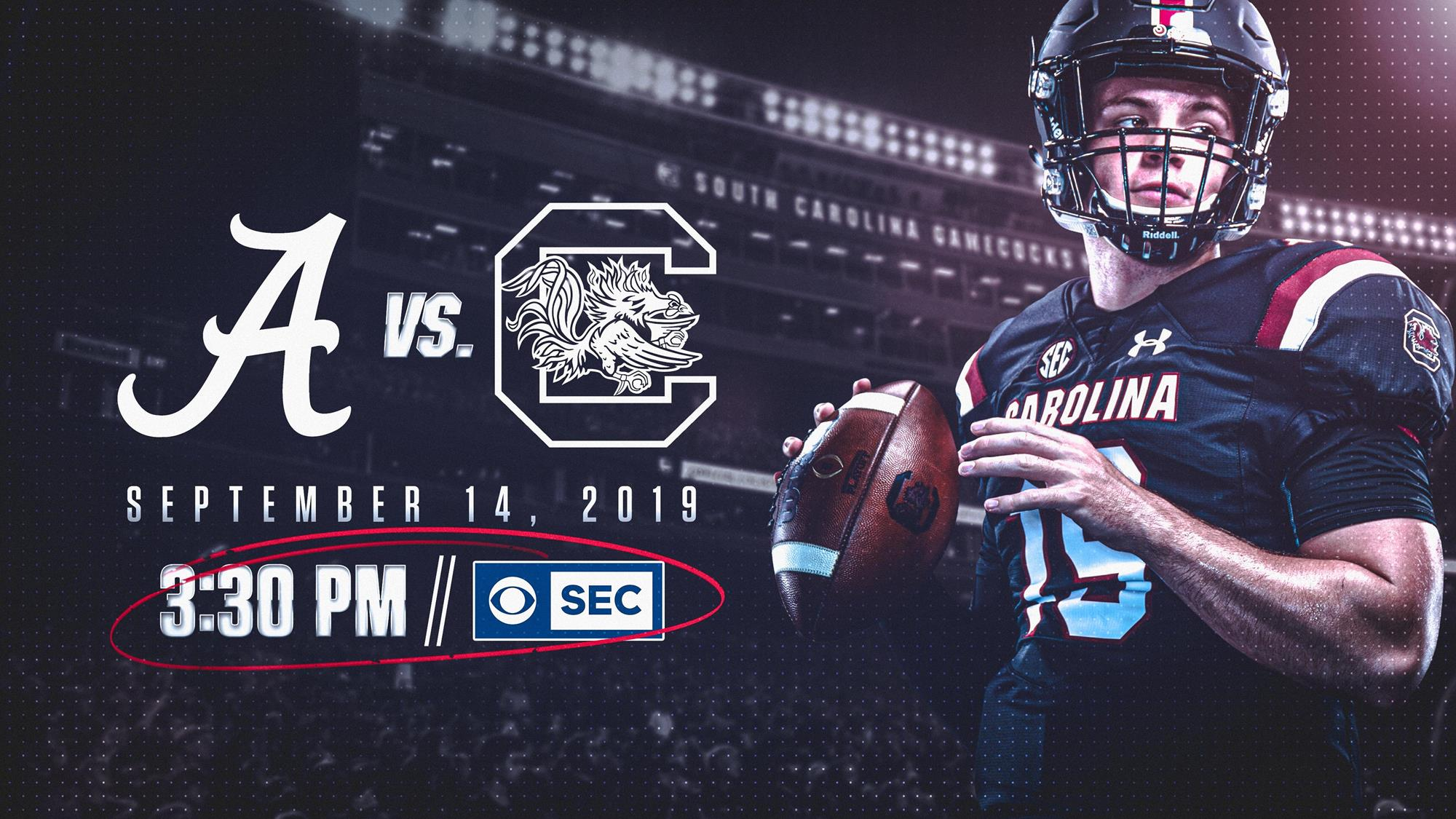 The Gamecocks and Crimson Tide will meet for the first time since 2010 on Sept. 14.

COLUMBIA – The South Carolina vs. Alabama football game scheduled for Saturday, Sept. 14, 2019, at Williams-Brice Stadium in Columbia, S.C., will kick off at 3:30 p.m. EDT and will be televised live on CBS, it was announced this morning (Wednesday, May 29). The Alabama matchup is the SEC opener for the Gamecocks.

Alabama leads the all-time series between the two squads, 12-3. This is the first meeting between the two teams since Carolina defeated the top-ranked Crimson Tide, 35-21, on Oct. 9, 2010, in Columbia. That game also was televised on CBS.

The Gamecocks open the 2019 season Saturday, Aug. 31 against North Carolina at Bank of America Stadium in Charlotte, N.C. Carolina then opens its home schedule on Saturday, Sept. 7 against Charleston Southern. Kickoff times and television coverage for those games will be announced later this summer.