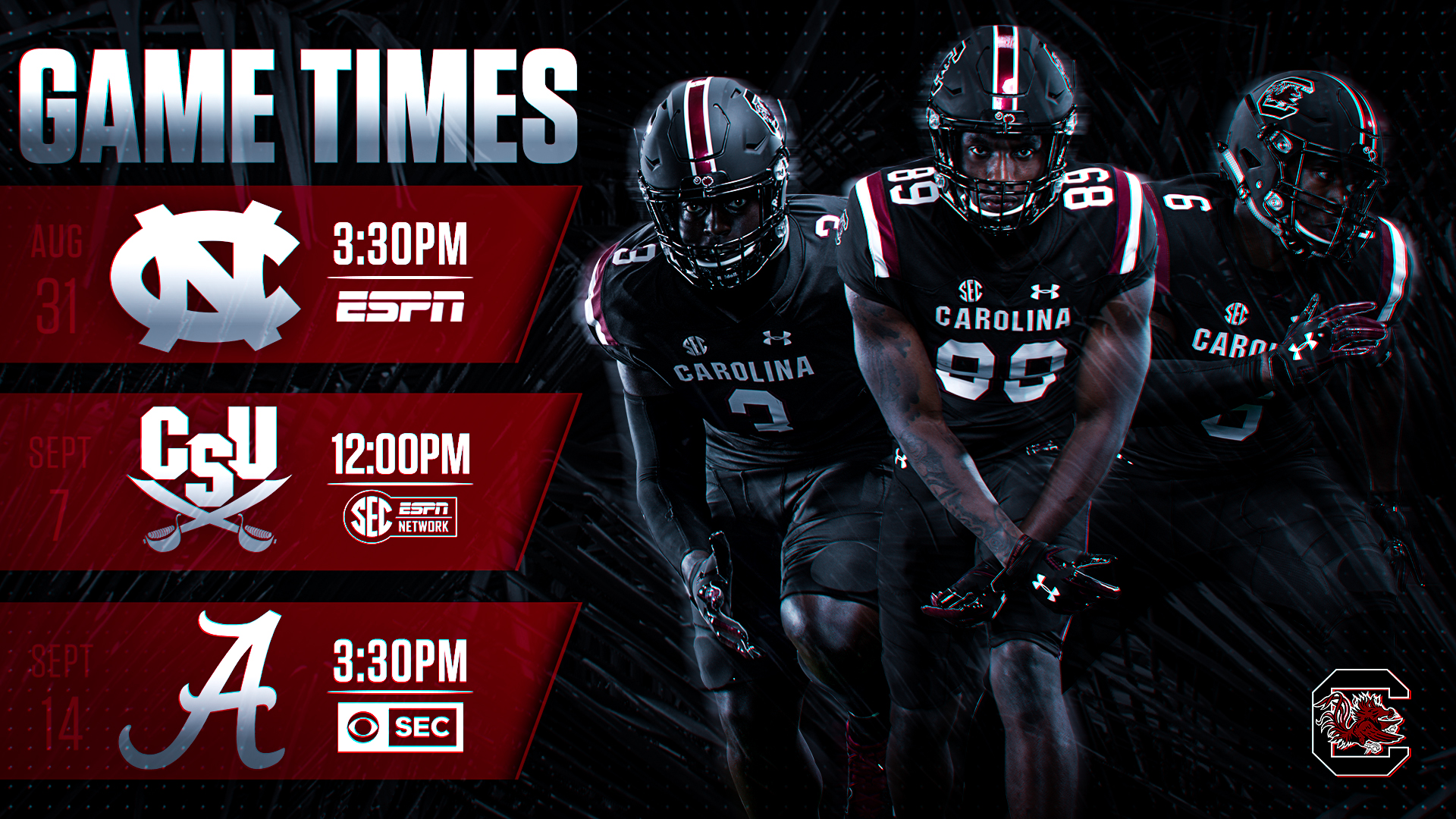 The University of South Carolina football team will open the 2019 season with three-straight afternoon games, it was announced today.

The Gamecocks will open the 2019 schedule in Charlotte’s Bank of America Stadium against the North Carolina Tar Heels on Saturday, August 31, in the Belk College Kickoff. Game time is set for 3:30 pm and the contest will be televised nationally on ESPN. The Gamecocks have won the last three and six of the last seven meetings between the two flagship universities in a series that dates back to 1903.

South Carolina’s home opener is set for Saturday, September 7, when the Gamecocks host the Charleston Southern Buccaneers. Kickoff is slated for noon and the game will be broadcast on SEC Network. It will be the first gridiron clash between the two Palmetto State schools.

The Carolina-Alabama game on September 14 is set for a 3:30 pm kick from Williams-Brice Stadium. It will mark the first game of the 2019 SEC ON CBS schedule, the Network’s 19th-consecutive season providing national coverage of Southeastern Conference football. It will also mark the first meeting between the two teams since Carolina defeated the top-ranked Crimson Tide, 35-21, on Oct. 9, 2010, in Columbia.