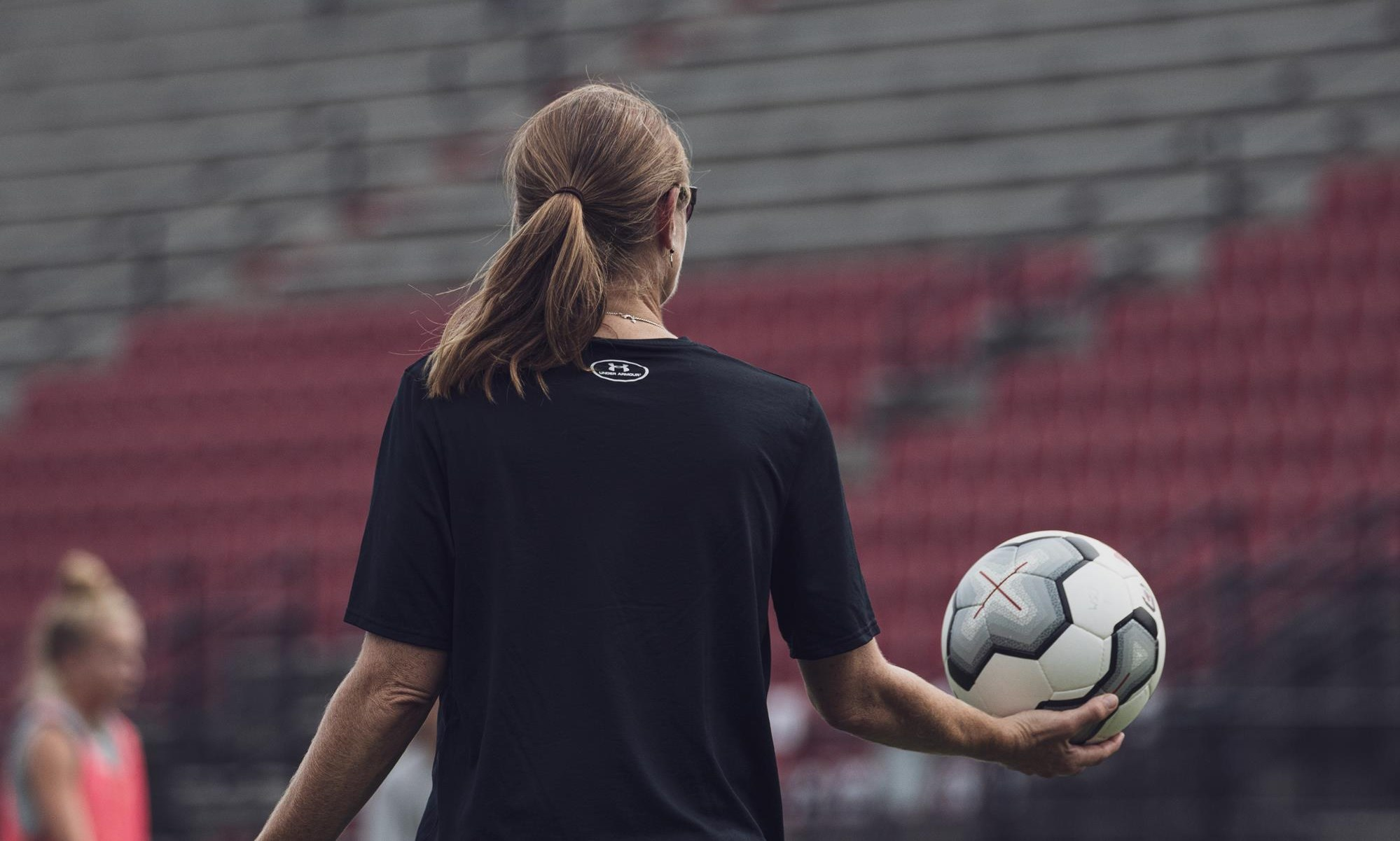 
COLUMBIA, S.C. – No. 7 South Carolina women’s soccer takes on Purdue (4-0-0) and DePaul (1-3-0) at the Boilermaker Challenge Cup in the third week of the season. The Boilermakers and the Gamecocks will face off on Sept. 6 at 7:30 p.m. on Big Ten Student U, before taking on the Blue Demons in the first neutral site match of the year on Sept. 8, at 11 a.m.

BAHR CONTINUES HOT START IN 6-0 VICTORY
Then-No. 8 South Carolina women’s soccer (3-0-0) continued its hot start to the season with a dominating 6-0 victory over Jacksonville (0-2-0) on the road on Wednesday night. The six goals are the most Carolina has scored since Nov. 11, 2016, against Alabama State.

For the second-straight match the Gamecocks scored in bunches, this time scoring three goals all within three minutes and 17 seconds. For the third time in three matches, it was senior Elexa Bahr who notched the gamewinner.

“Tonight was a great night to get a lot of our players some experience,” head coach Shelley Smith said. “We were able to pounce early, and it gave us a chance to rotate more tonight. It was nice to see our young talent meet expectations, because they have great abilities and potential, and they showed tonight what they are capable of.”

Carolina scored all three of its goals in just three minutes and 58 seconds to secure the victory over the Tribe. Senior Elexa Bahr’s goal in the 53rd minute gave her two game-winning goals in the young 2019 season while Ryan Gareis and Luciana Zullo each added an insurance goal in the second half.

“We were happy with the adjustments our team made at halftime,” head coach Shelley Smith said. “Credit to William & Mary for putting us under pressure, but the adjustments at halftime were great, and they helped us execute and finish our opportunities.”

“What you are seeing [from Bahr] is what she is capable of,” Smith said. “We hope she can continue to build on what she has already accomplished so far. She’s brought confidence, and she’s been able to play more minutes this year. We’re proud of what she’s been doing so far.”

TRENDING GAMECOCKS
After an undefeated start to the season, the Gamecocks moved to No. 7 in the United Soccer Coaches poll, the organization announced Tuesday. Carolina has moved up eight spots in just two weeks, the highest jump among preseason top-25 teams. With the No. 7 ranking, the Gamecocks are the highest ranked SEC team.

SCOUTING PURDUE
After two weeks of the season, the Boilermakers hold an undefeated 4-0-0 record, with wins over Georgia and Iowa State. Purdue completed a comeback against Iowa State after falling behind 1-0 in the first half. Leanna Rebimbas and Sarah Griffith each have two goals this season to lead the Boilermakers offensively. In goal, sophomore Marisa Bova has started all four matches and has made 11 saves while allowing just one goal.

SCOUTING DePAUL
The Blue Demons enter the third week of the season with a record of 1-3-0, including a loss to Purdue. DePaul has scored three goals in its four matches, those coming from Kristin Boos, Morgan Turner and Jessica Lazo. Boos has led the offensive charge with a team-leading 18 shots this season. In goal, sophomore Mollie Eriksson has played all 360 minutes for the Blue Demons, making 11 saves and allowing seven goals.

PATTENS RETURNS TO CAROLINA
Junior defender Anna Patten returns to the Gamecocks after missing two matches while representing her home country, England, in a pair of friendlies with the Senior National Team. England finished 0-1-1 in matches against Belgium and Norway. A mainstay on England’s Youth National teams, Patten has been a part of U15, U17, U18, U19 and U20 levels, playing over 40 matches for England. The junior from Harpenden, England, joined the Gamecocks after two seasons with Florida State, where she was a part of the 2018 NCAA National Championship.

MILAZZO EARNS SEC DEFENSIVE POW
Senior Tatumn Milazzo earned her first career SEC Defensive Player of the Week honor, the league office announced on Aug. 26. In the opening week of the season, Milazzo scored one goal vs. then-No. 21 NC State and was a vital part of the Gamecocks’ shutout over William & Mary.

THE GRAVEYARD FACTOR
With yet another pair of home victories at Stone Stadium, also known as the Graveyard, the Gamecocks are now 45-5-1 in their past 51 home matches. Carolina has won 21-straight non-conference matches at home, a streak that dates back to 2014. Since the 2015 season, the Gamecocks have only lost one home match during the regular season.

UP NEXT
Carolina’s fourth week of the season will be a tough one. The Gamecocks begin the week with the first-ever meeting with Notre Dame at Stone Stadium on Sept. 12 on SEC Network. The Irish are receiving votes in the latest United Soccer Coaches top 25 poll. South Carolina will then travel to take on Clemson on Sept. 15 on the ACC Network.

QUICK NOTES
– South Carolina scored four goals in the first half against Jacksonville (Aug. 28) the most goals in a half since Nov. 11, 2016 vs. Alabama State in the NCAA Tournament
– Anna Patten returns to the Gamecocks after missing three matches while with the England Senior National Team, England went 0-1-1 in its two friendlies
– The Gamecocks played in front of the ninth-largest crowd (4,017) in program history in the 3-0 victory over William and Mary
– Carolina scored its three goals vs. William and Mary in just three minutes and 58 seconds of game action and about six mintues of actual time
– Elexa Bahr has scored all three game-winning goals this season, and already has matched her 2017 season total in goals with three and eclipsed her point total with nine already this season