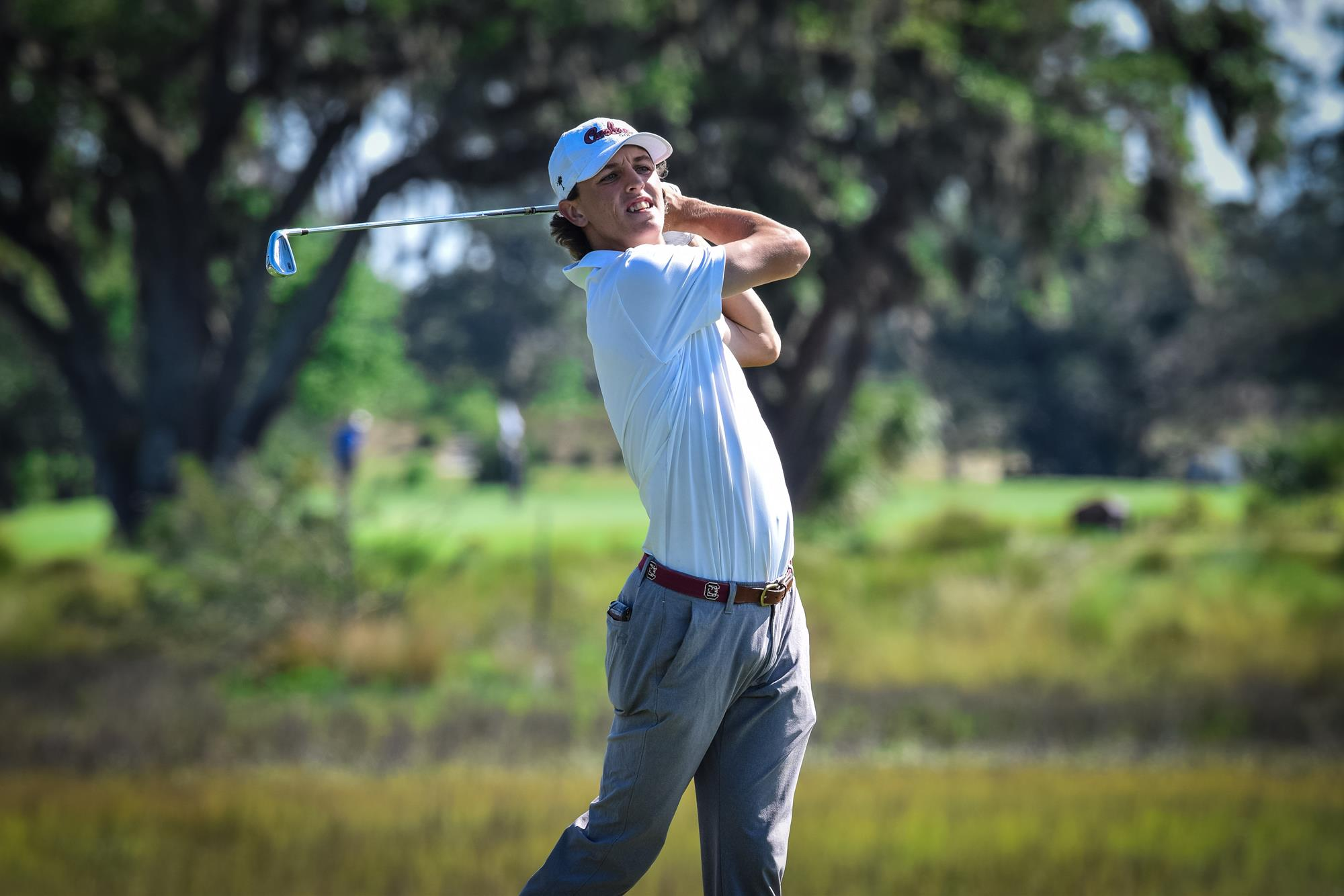 ROCKY FACE, Ga. — Senior Jamie Wilson is tied for the lead after round one of the 2019 Carpet Capital Collegiate on Friday. The Mount Pleasant, S.C., native paced the Gamecocks with a 4-under 68.

“We played pretty well most of the day and just lost a few shots as a team down the stretch,” said head coach Bill McDonald. “Jamie played great, and I thought the golf course was pretty difficult, especially the finishing holes. We need to keep doing what we’re doing. I like this team and they’re fighting hard for everything.”

Wilson made the turn at 1-under after he made three bogeys and four birdies on the front nine. He went bogey free coming in with a 3-under, 33 on the back nine. Wilson has three previous career top-fives but has yet to win South Carolina. This marks the first time in his career he’s held the 18-hole lead while playing for the Garnet and Black. Georgia Tech All-American Luke Schniederjans also carded a 68 today at The Farm alongside Wilson.

Sophomore Ryan Hall is T-30th at 3-over. He was even through 15 holes but finished the day with three-straight bogeys. Junior Jack Parrott and freshman Jack Wall are T-40th at 4-over after each carding 76s. Senior Caleb Proveaux is T-63rd at 7-over after an opening round 79.

Freshman Nick Mayfield had a solid debut playing as an individual. He shot even par and is T-7th. The Rock Hill, S.C., native, began the morning with four birdies in his first six holes.

Carolina sits 11 shots off the pace heading into Saturday’s second round. The Yellow Jackets, who are ranked third in the Bushnell Golfweek Preseason Coaches Poll, were the only team to shoot under par on Friday.

Proveaux leads things off for the Gamecocks at 8:50 a.m. ET tomorrow. Carolina is paired with South Florida and No. 21 Alabama for the second round.