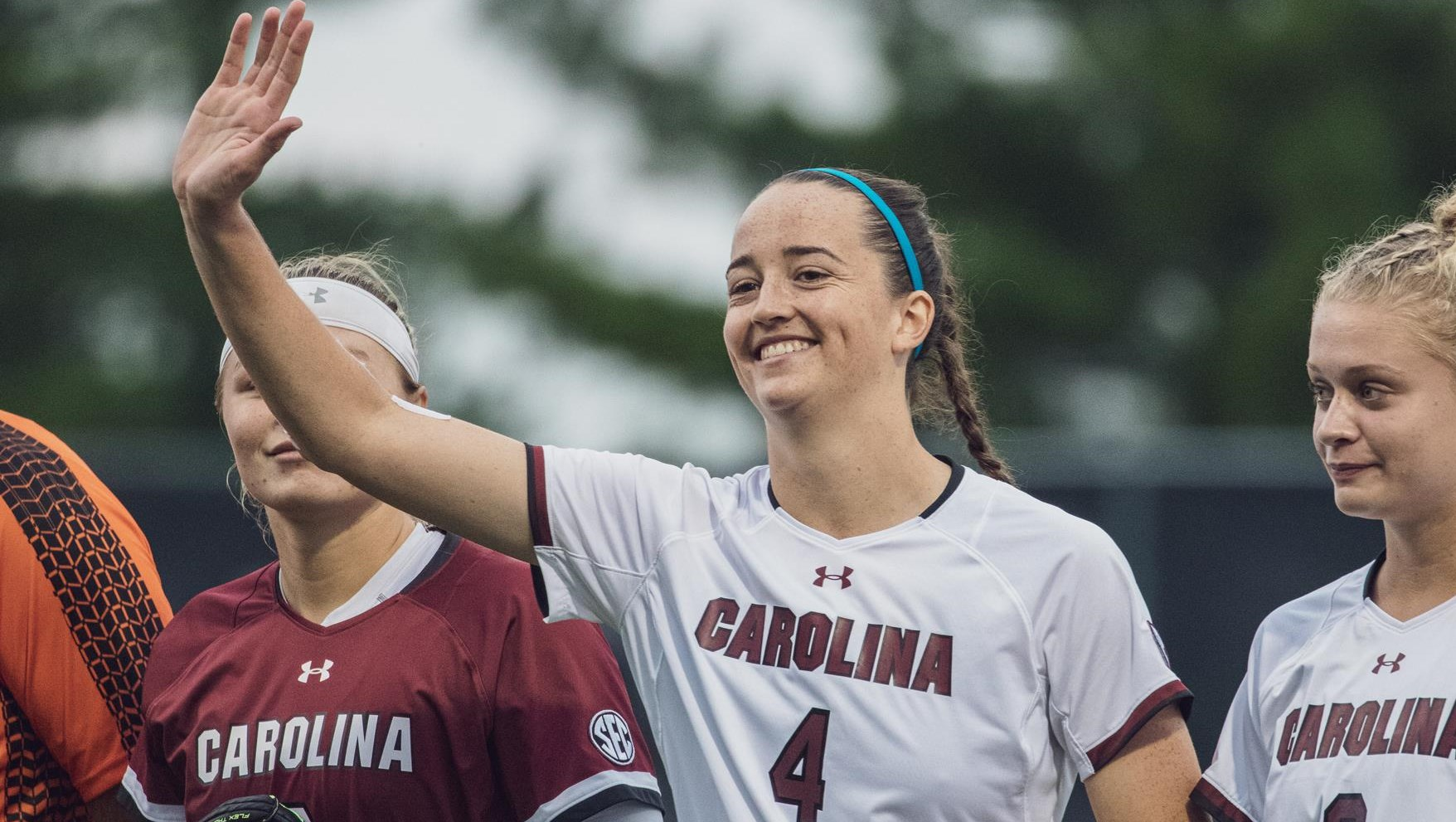 Patten Returns to Lead Gamecocks to Win over Purdue

WEST LAFAYETTE, Ind. – Fueled by a stingy back line, No. 7 South Carolina women’s soccer (4-0-0) shut out Purdue (4-1-0) 2-0 on the road to begin the Boilermaker Challenge Cup with goals from Anna Patten and Lauren Chang.

After missing two matches while playing with the England Senior National Team, Patten returned to the starting lineup and slotted a penalty kick in for her first career goal as a Gamecock. Lauren Chang added her first goal of her season, with the assist from sophomore Jyllissa Harris on a set piece.

The early portion of the match was slow between the two squads, with neither team registering a shot until Carolina’s penalty kick in the 31st minute. The Gamecocks earned the penalty kick after Samantha Chang poked a pass into the box to Lauren Chang, who was fouled from behind, allowing Patten to step up and deliver the go-ahead goal.

Ten minutes later it was a free kick that set up the first half insurance goal. Harris lined up from just beyond the box and sent a dribbler to the middle of the box that found the foot of a streaking Lauren Chang, who sent it to the left post and in to double the lead in the first half.

“That was a very well executed set piece,” Smith said about the goal. “Jyllissa [Harris] did a great job at seeing what she could do in that moment. I thought the team did a great job to read what the defense was giving and the space that needed to be taken advantage of.”

The clean sheet for Mikayla Krzeczowski is her second of the season, and her 36th of her career. Carolina’s back line and Krzeczowski played nearly perfect, not allowing any real dangerous opportunities to reach Krzeczowski for the majority of the match.

“It was difficult to break us down tonight” Smith said about the defense. “We did a great job at covering for each other. Overall, they did a wonderful job at their one-on-one defending, and when they had any chances, there was always someone there to stop it, including Mikayla [Krzeczowski].”

The Gamecocks will have a tough test on Sunday to wrap up their trip to West Lafayette, Ind. DePaul is coming off a 1-0 victory over No. 11 Kansas. Carolina and the Blue Demons kick off on Sept. 8, at 11 a.m. The match will not be live streamed.