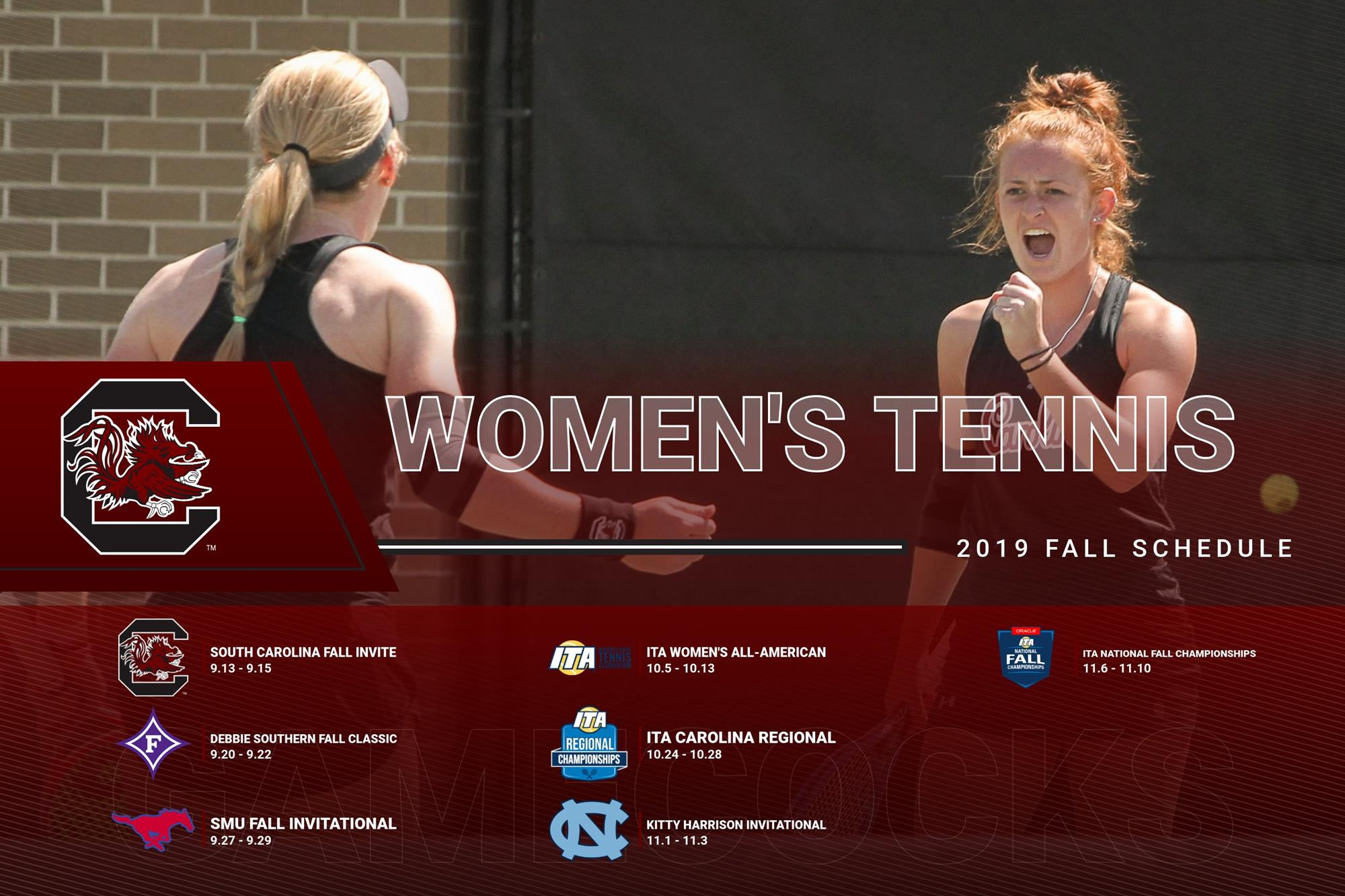 The Gamecocks open the season by hosting the South Carolina Fall Invitational with North Florida and Winthrop. The tournament runs from Sept. 13 to 15 at the Carolina Tennis Center.

South Carolina then faces someone familiar in recently appointed head coach Jeff Nevolo at the SMU Fall Invitational, running from Sept. 27 to 29 in Dallas, Texas.

The first Intercollegiate Tennis Association (ITA) tournament is held in Tulsa, Okla., with the ITA Women’s All-American Championships taking place from Oct. 5 to 13.

Taking a break from ITA tournaments, South Carolina will compete at North Carolina’s Kitty Harrison Invitational from Nov. 1 to 3 in Chapel Hill, N.C.

Rounding out the fall, the Gamecocks have the chance to play at the Oracle ITA National Fall Championships in Newport Beach, Calif., running Nov. 6 to 10.