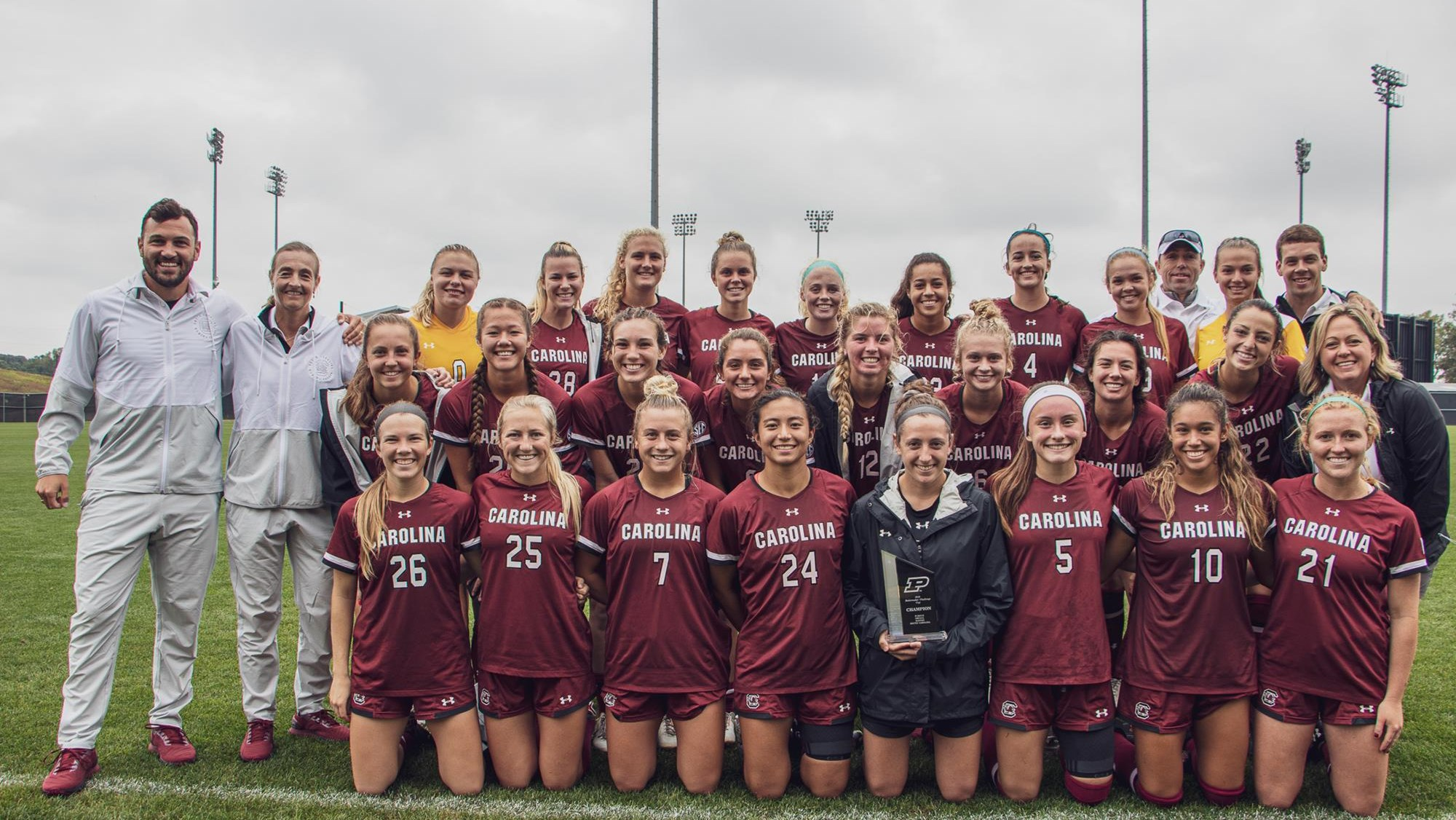 WEST LAFAYETTE, Ind. – No. 7 University of South Carolina women’s soccer (5-0-0) won the 2019 Boilermaker Challenge Cup with a 1-0 victory over DePaul on Sunday afternoon. Junior Lauren Chang scored her second goal of the weekend to help Carolina continue its undefeated start.

After a scoreless first half, Chang connected on the go-ahead goal in the 64th minute off a pass from senior Elexa Bahr. Chang looked to strike all afternoon, finishing with a team-high six shots in the victory.

“This weekend was a great test for us on the road,” South Carolina head coach Shelley Smith said. “It showed how we had to adapt to playing different styles. To come out with these two wins is definitely a great accomplishment and I’m really proud of this team.”

“I’m really happy with how we were able to solve a team that put a lot of numbers behind the ball,” Smith said. “It made it difficult to play and I was happy to see the team come out of halftime and figure out a way. Having the ball for the majority of the match is great, but you have to find ways to put it in the back of the net. I thought the team adjusted and did some things very well in the second half and solve the pressure.”

The match started slow for Carolina, who registered four shots in the first half while holding DePaul shotless. The defense continued to dominate throughout the entire match, allowing just two over the 90 minutes of action.

Carolina’s defense now has gone 429 minutes without allowing a goal, with the only goal of the season coming from NC State in the season opener. The shutout is the 37th career clean sheet for Mikayla Krzeczowski, who made one save in the victory over DePaul.

“The defense has been very organized for us,” Smith said. “The first half of the NC State match, we were disappointed. I think they’ve responded well and taken care of things we know we can handle. We’ve had different people back there with Anna [Patten] missing a couple matches and it has been great to see them all step up in different ways.”

Carolina has a huge week coming up, starting with Notre Dame on Sept. 12, at 7 p.m. at Stone Stadium, on the SEC Network. The Gamecocks then have rival Clemson on Sept. 15 on the road on the ACC Network.