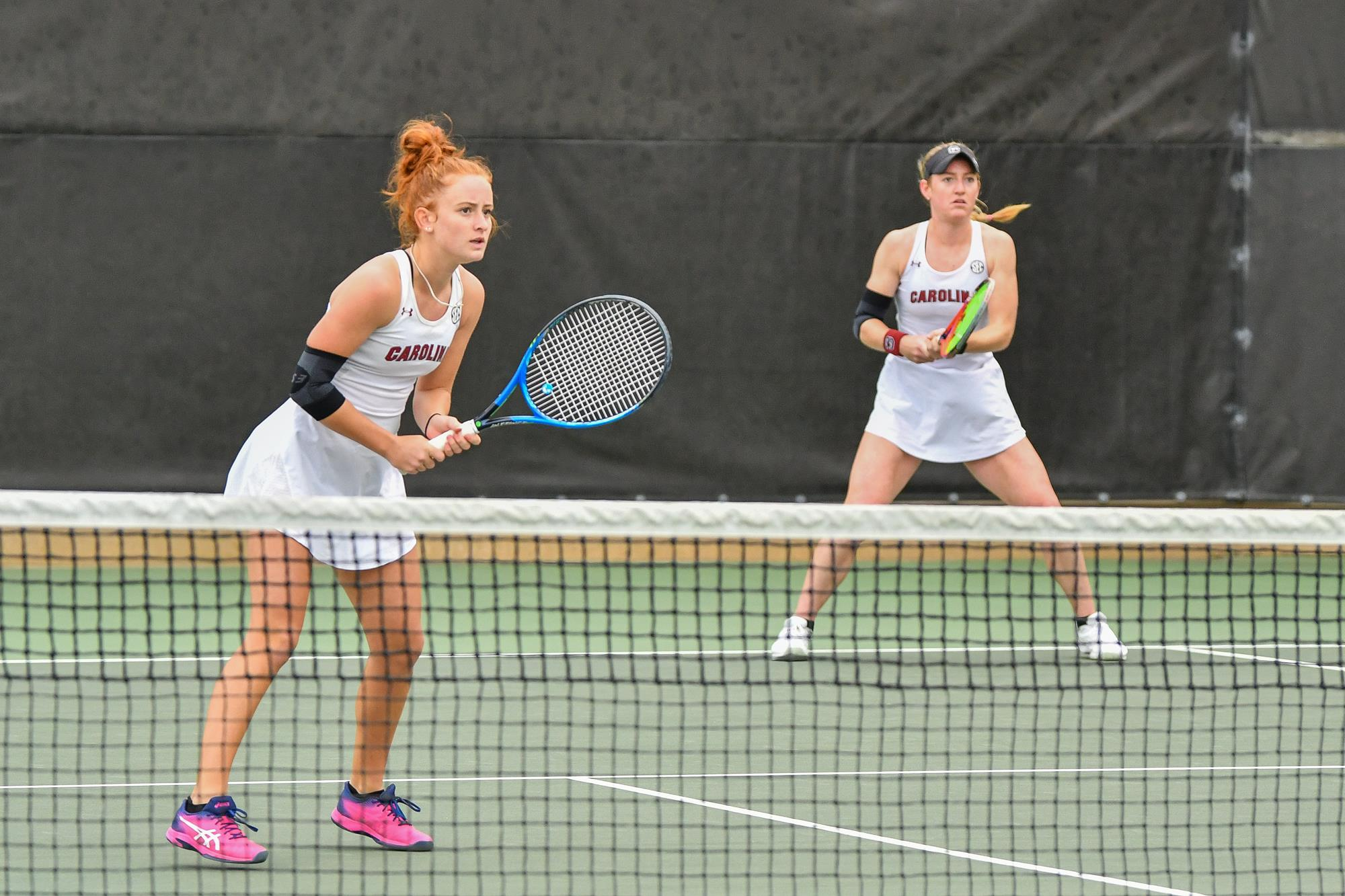 Playing for the first time on their new garnet courts, the Gamecocks will compete with North Florida and Winthrop Friday to Sunday.

Representing Carolina in the Gold draw is senior and No. 1-ranked Silvia Chinellato and junior No. 2 Megan Davies. Freshman Ana Luiza Cruz is also slated in the Gold draw.

In the Bronze draw, freshman Kendall Couch is set to play her first match as a Gamecock.

Pairing up in doubles will be: No. 1 Davies and Shelton, Cruz and Wicker, Couch and fellow freshman Gemma Heath, and No. 2 Chinellato and Mills.


For more information on the Gamecocks, continue to check back with gamecocksonline.com. Subscribe to South Carolina on Stanza to get schedule updates directly in your calendars.