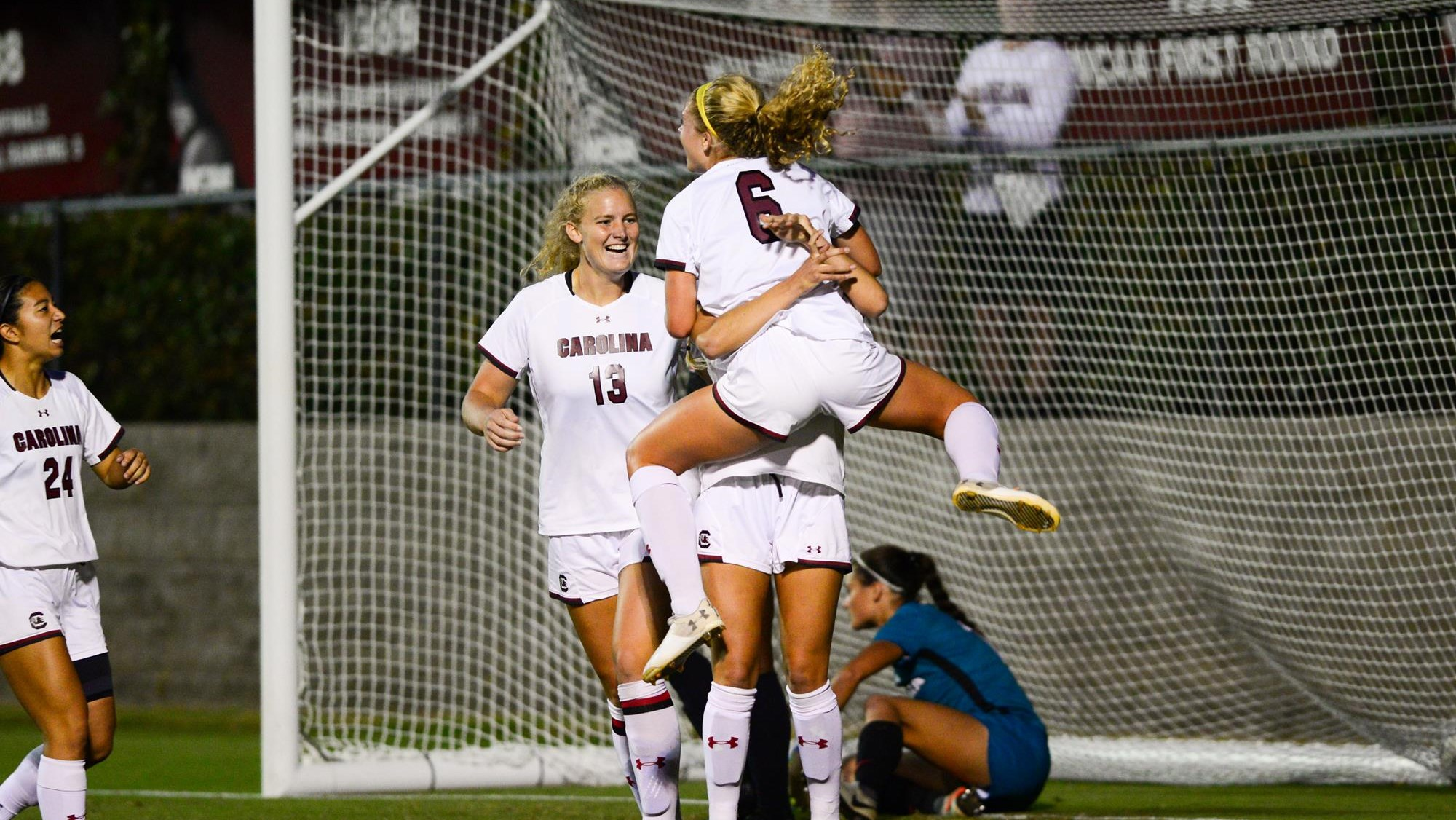 Sophomore forward Riley Tanner notched her second career game-winning goal with her tally in the 36th minute. Junior midfielder Lauren Chang added a pair of insurance goals to help the Gamecocks take out the Bulldogs for the second-straight year.

“I was definitely pleased with how we came out tonight,” South Carolina head coach Shelley Smith said. “It’s very important to get that first SEC win, and we need to win our home matches. You always want to start off on the right foot in conference play.”

Although the match wasn’t statistically dominated by the Gamecocks, the Carolina defense kept the Bulldogs at bay all night long. Tanner’s goal finally broke the scoreless draw after freshman Camryn Dixon beat her defender near the goal line and sent a cross into the box where a slashing Tanner put a foot on the ball for the goal.

Just six minutes later it was Dixon again at the point of attack. With the ball near the edge of the box, Dixon drew a foul from a Georgia defender that resulted in a penalty kick opportunity for Carolina. Chang stepped up and had her penalty kick shot saved by the Georgia goalkeeper, but followed her shot and finished easily on the far-left post to make it 2-0 at the half.

Chang secured the double with a goal five minutes into the second half with a booming shot from beyond the box. Her shot to the top left corner of the goal was perfect, and it increased Carolina’s lead on the Bulldogs to 3-0. The second goal for Chang also marked the first time a Gamecock scored two goals in a match since Luciana Zullo scored two against Mississippi State on Oct. 5, 2017.

Down the stretch it was the defense that continued to keep Georgia from producing anything dangerous. Senior goalkeeper Mikayla Krzeczowski secured her 38th career shutout by making just two saves with the help from the spectacular defense in front of her.

“Earning the shutout tonight shows the depth of this team,” Smith said. “We had some players come in and play some big minutes for us tonight against an SEC opponent, and they are going to have to keep doing that this year. We had numerous players come off the bench tonight and execute well in their role.”

Carolina will not have a second opponent in the first week of SEC play. The next action for the Gamecocks will come on Sept. 26 Tuscaloosa, Ala. against Alabama (5-2-1, 0-0-0 SEC). That match can be seen on SEC Network + at 8 p.m. ET.