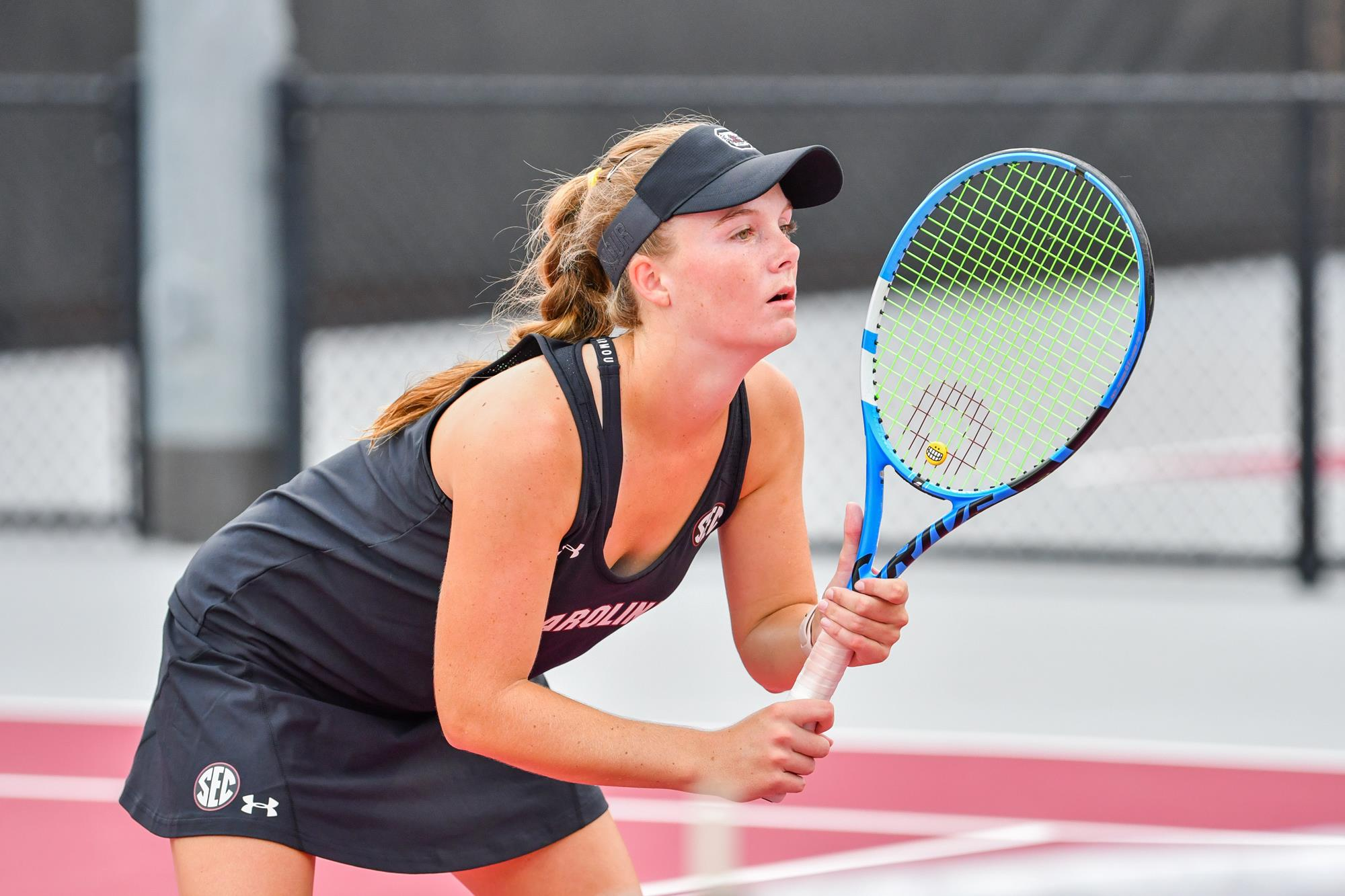 The Gamecocks wrapped up doubles play on Saturday, leaving Sunday for only singles.

In the Doubles 4 bracket, Kennedy Wicker and Mills came out on top in the back draw final. Two duo bounced back from a first-round loss against Lexi Ryngler and Fernanda Labrana of Texas, 8-5, to then win two-straight. First, Wicker and Mills topped Ali DeSpain and Zaina Nait Omar of Clemson, 8-6, followed by another, 8-6, victory against Mississippi State’s Marta Falceto and Sara Lizaturry.

Paired up together in Doubles 5, Heath and Kendall Couch took their first round against North Carolina’s Anika Yarlagadda and Sophia Patel, 8-6. The duo then fell to Peyton Pesavento and Maddie Lynch of Wake Forest 8-3, but finished out the tournament with a doubles win, 8-7 (4) opposite of Georgie Walker and Maggie Pate of Furman.

Mia Horvit and Emma Shelton teamed up in Doubles 2 and claimed a match over Tijana Spasojevic and Marta Perez Mur from Texas, 8-2. The Longhorns’ tandem took two losses from the Gamecocks in the same bracket, also falling to Megan Davies and Gabriela Martinez Asensi, 8-7 (5).

Mills has won all of her singles matches, topping Mira Stegman of Florida State, 6-4, 7-6 (4), and Georgia Tech’s Rosie Garcia Gross, 6-1, 6-3. The freshman from South Carolina plays for the Singles 9 title at 10 a.m. against MC Meredith of Wake Forest.

Asensi earned a victory in her first match of Singles 5, defeating Furman’s Madison Dillon in identical sets, 6-4, 6-4. She then fell to Luna Dormet of Ohio State, 7-5, 6-2. Finishing out the final day of play, Asense takes on DeSpain at 11:30 a.m.