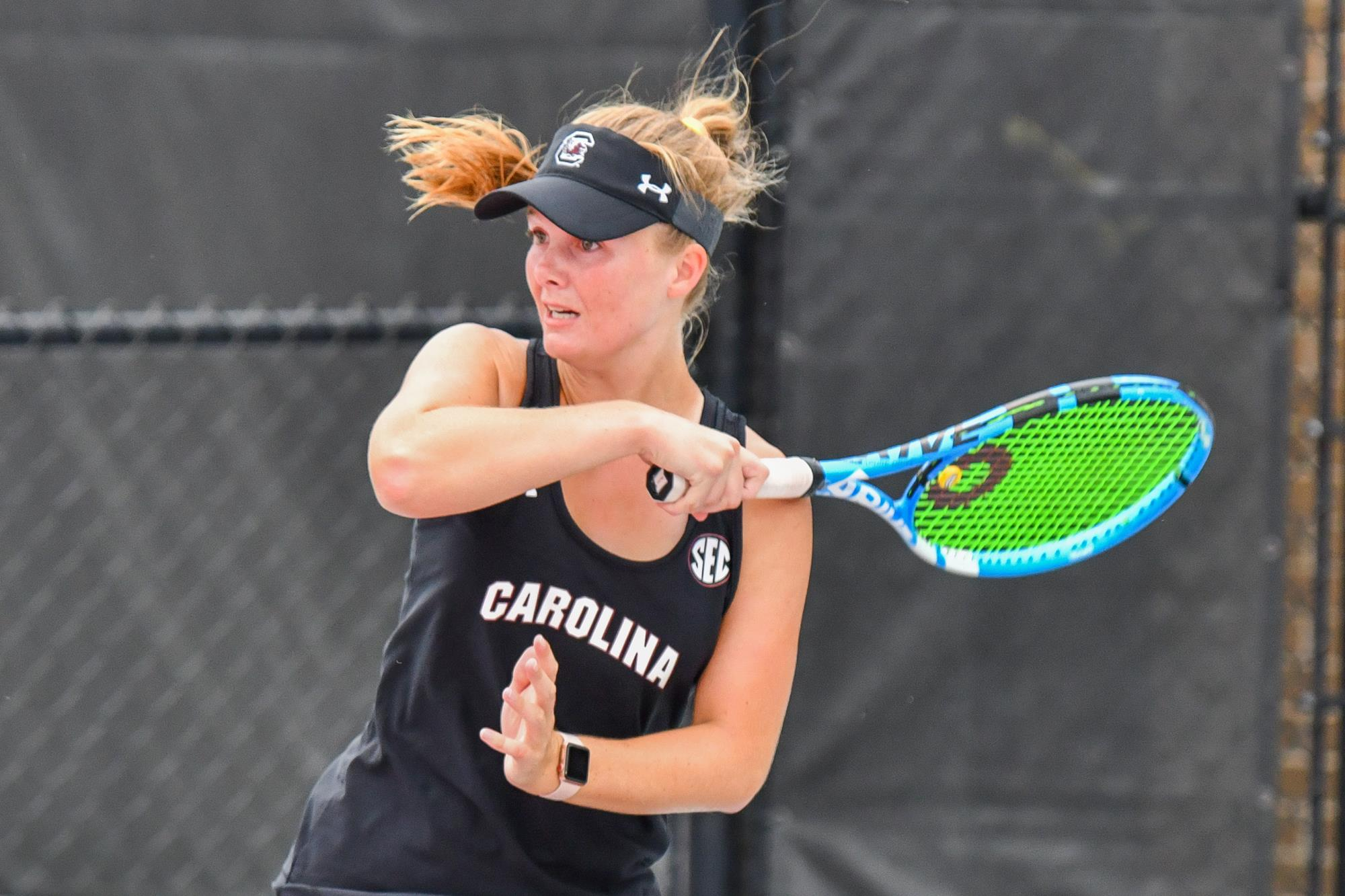 Seeing MC Meredith of the Demon Deacons in the final match of the weekend, Meredith and Mills went back-and-forth in the first set. The Wake Forest redshirt senior just outlasted the Gamecock freshman, winning the first set, 7-6 (5). In the second set, Mills jumped out to a, 4-1, lead over Meredith. Mills prevailed in the match after Meredith retired.

“It was good to get that kind of exposure to some of the better teams in country so early in season,” head coach Kevin Epley said. “We were able to see where we fit into the mix and see what we need to work on.

“There were some definite highlights of the weekend but there’s also plenty of things we need to work on to improve as a team. We’re ready to get back and get to work.”

Freshman Kendall Couch also picked up a win on the final day, defeating Gabby Cusano of Texas. Couch took the first set against the Longhorn, 7-5. Up, 5-3, in the second set, Cusano retired, ending the match with a win in favor of Couch.

The Gamecocks are back in Columbia for a week of practice before heading to the SMU Fall Invitational from Friday, Sept. 27 to Sunday, Sept. 29.