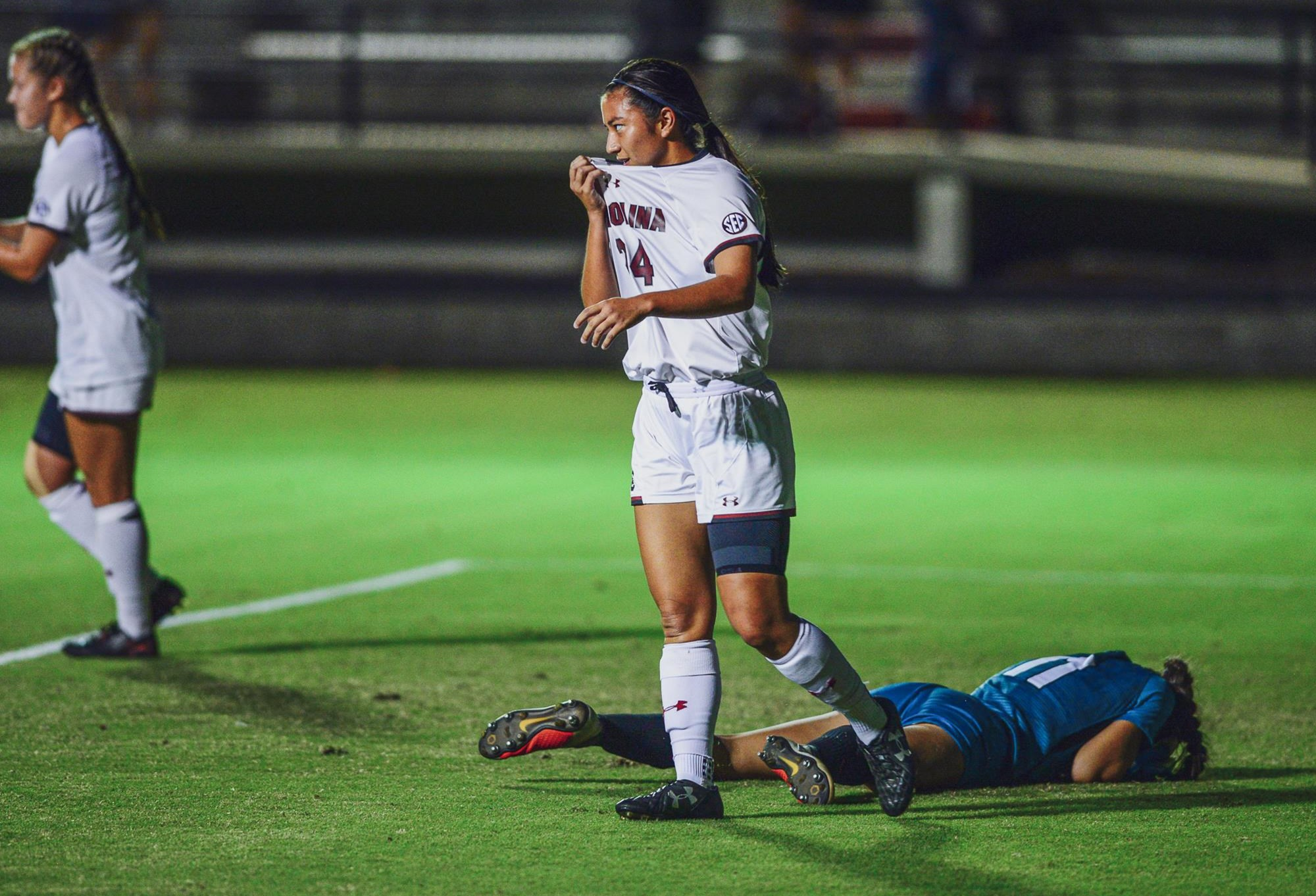 Chang scored a pair of goals in Carolina’s SEC opening win over Georgia. The multi-goal performance was the first time since Oct. 5, 2017 that a Gamecock scored more than one goal in a match.

“She led her team by finding the net twice against Georgia and topped it off with an outstanding strike for her second goal,” South Carolina head coach Shelley Smith said. “It was an impressive performance for her, and we’re happy to see she has earned SEC Player of the Week honors because of the impact she made on the field to help secure a win for the team.”

The goals for Chang were her 13th and 14th career goals, putting her just one behind senior Elexa Bahr for the most Carolina goals by an active Gamecock. Chang also hit the 30-point threshold in her career with her goals against Georgia. Her first goal came after a rebound on a penalty kick, with her second coming from long distance in the second half of the 3-0 victory. The goals aided in South Carolina’s sixth-straight SEC opening win.