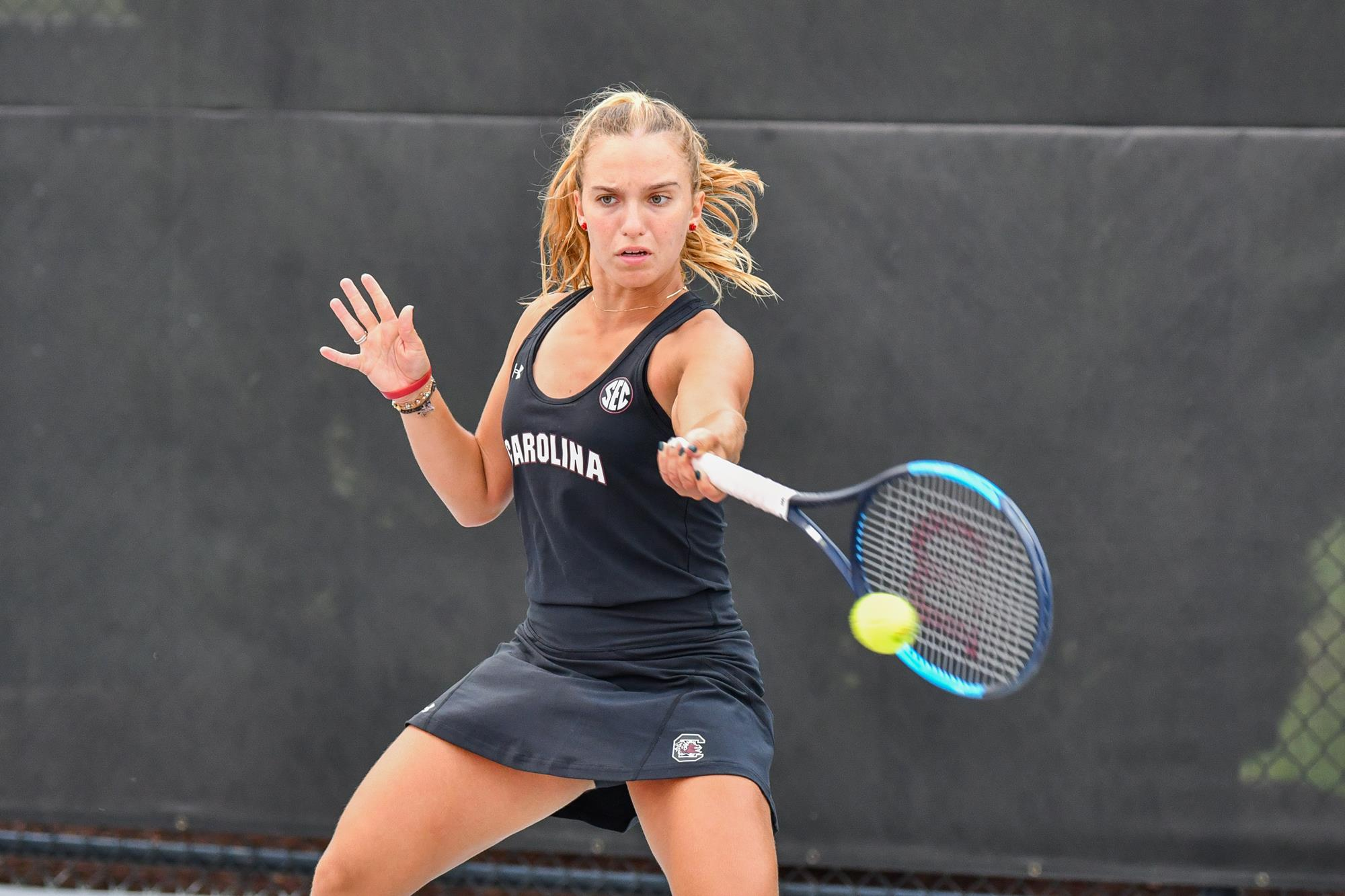 DALLAS – The South Carolina women’s tennis team earned six wins at the SMU Fall Invitational on Friday after a full day of singles and doubles at the SMU Tennis Complex in Dallas.

The Gamecocks will play for two doubles titles on Saturday in the Red and Blue Doubles Draws. In the Red Draw, Silvia Chinellato and Emma Shelton started with a bye and then took down No. 42 Sandra Honigova and Marta Bellucco of Wichita State, 6-4. They’ll take on Sonia Smagina and Carmen Roxana Manu of Kansas.

In the Blue Draw, Elise Mills and Ana Luiza Cruz also had a bye and then topped Jasmin Starr and Kylee Kato of UT San Antonio, 6-3. Up next, the Gamecock duo faces SMU’s Jackie Nylander and Isabella Tcherkes.

Four Gamecocks picked up wins in the Hilltop Draw, advancing to the next round. Chinellato defeated the Shockers’ Sarvinoz Saidhujaeva, 7-5, 6-2. Shelton played opposite of Manu, downing the Jayhawk, 6-4, 6-0. Cruz also tallied a win, coming out on top over Wichita State’s Esther Thebault, 6-7 (8), 6-1, 10-7. Also earning a tiebreak victory, Mills prevailed, 0-6, 7-6 (4), 10-4, against Rosanna Maffei of Kansas State.

The final round of doubles will take place at 9 a.m. on Saturday, with two rounds of singles matches beginning at 10 a.m.

No. 49-ranked and No. 5-8 seeded Horvit earned a straight-set victory against Catherine Gulihur of Oklahoma State, 6-2, 6-0.

In doubles, Davies and Horvit lost to No. 31 Rebeka Stolmar and Marie Mattel of UCF, 6-2.

The Gamecocks will play two rounds of singles on Saturday starting at 10 a.m. The final round of doubles will be played on Sunday.