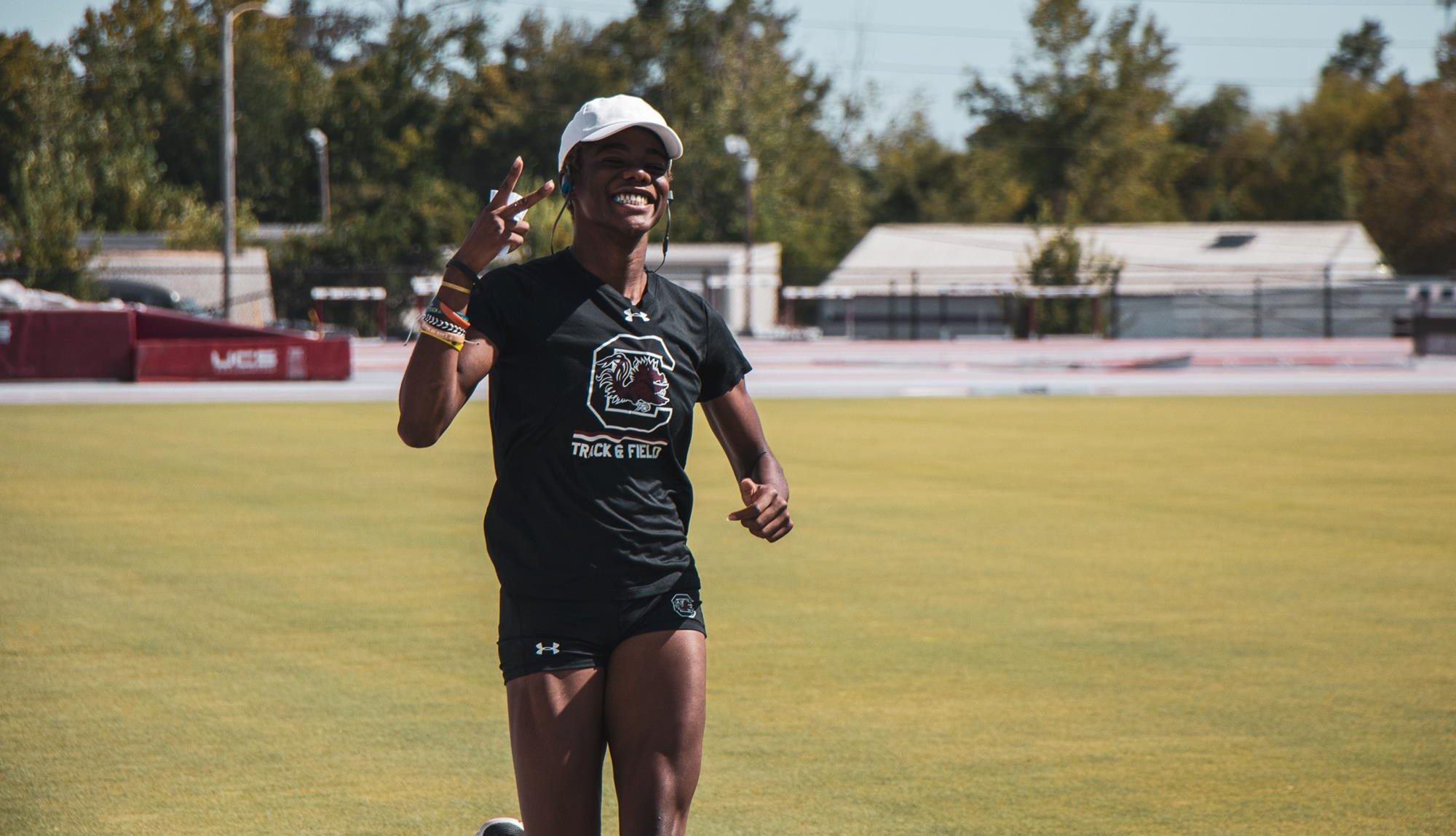 COLUMBIA, S.C. – Two Gamecocks will represent the South Carolina track and field program over the next 10 days at the IAAF World Championships. NCAA Champions Wadeline Jonathas (USA) and Aliyah Abrams (Guyana) will compete in the 400m on the world stage in Doha, Qatar starting on Sept. 30.

“We are excited to return to the greatness of Carolina,” South Carolina head coach Curtis Frye said. “Being on the world stage is something we expect in this program. It is a tribute to our training system and our coaching staff to see our current student-athletes competing in Doha.”

Jonathas, who made her first USA team this year, is seeded sixth in the world in the 400m this season with her career-best time of 50.44. Jonathas will also be a likely competitor in the 4x400m relay for Team USA.

The 2019 IAAF World Championships is the second time Aliyah Abrams will compete on the world stage for her home country of Guyana. The redshirt senior participanted in the 2016 Rio Olympics in the 400m. Abrams enters the 400m with the 18th-fastest time this season with the 51.13 she posted in Austin, Texas.

Both will start their World Championship journey on Sept. 30 when the first round of the women’s 400m is set to begin. The first round can be seen on NBC Sports Gold at 11:20 a.m. ET. If either Abrams or Jonathas qualify, the semifinals will take place on Oct. 2, and the finals will be on Oct. 3.

On top of Carolina’s 400m runners, Assistant Coach Delethea Quarles is representing the Gamecocks on the Team USA coaching staff. Quarles will serve as the assistant coach for women’s jumps and combined events under head coach Bonnie Edmonson of Trinity College.

“I couldn’t be more honored to once again serve the United States of America as a coach on this World Championships team,” Quarles said. “Being a member of Team USA is the pinnacle for every American coach and athlete, and I look forward to working with the finest athletes in the world.”

“Coach Dee is a role model for female athletes across the globe, and I can’t think of anyone more deserving of this honor,” said. Frye. “Only the best coaches in the nation get this opportunity, and Coach Dee is one of the top coaches and best people the USA has to offer. She’s a pioneer for female coaches everywhere, and I have no doubt she’ll lead Team USA to a tremendous amount of success.”