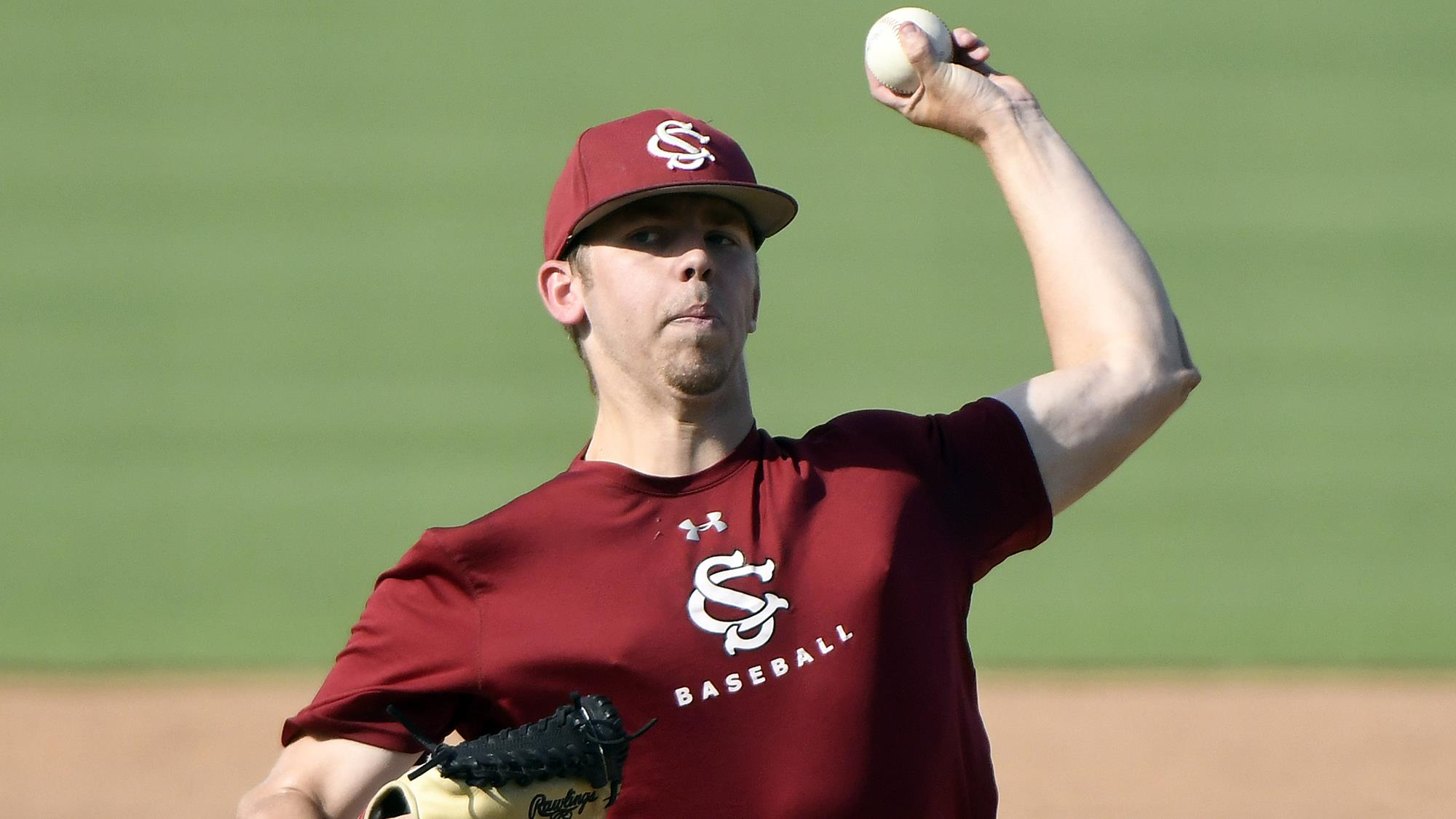 The Gamecocks played 16 position players and had nine pitchers on the mound in the 12-inning affair.

RALEIGH, N.C. – The University of South Carolina baseball team competed in its first fall scrimmage against outside competition Sunday afternoon (Sept. 29) as the Gamecocks fell 15-5 to N.C. State in Raleigh. Carolina played 16 position players and had nine pitchers on the mound in the 12-inning scrimmage.

The Wolfpack put up a pair of runs in the bottom of the first on an RBI groundout and solo home run from Luca Tresh. The Gamecocks scored a run in the third as Brennan Milone reached on an infield single. He went to second on an error, stole third and scored on a throwing error.

Andrew Eyster launched a solo home run in the top of the fifth to left to cut the Wolfpack lead to four. N.C. State came back with a pair of runs in the bottom of the frame.

Dallas Beaver hit a moonshot home run to right field in the seventh, cutting the N.C. State lead to 8-3. The Wolfpack plated a pair in the eighth, but the Gamecocks responded with a run in the ninth after a triple from Noah Myers and an RBI double by Brady Allen.

N.C. State put up a pair of runs in the 10th. Carolina came back with a run in the 11th as Myers brought in a run on a groundout. The Wolfpack ended the scoring with two runs in the bottom of the 12th.

Allen, Myers and Milone had two hits apiece for the Gamecocks. On the mound, John Gilreath struck out four in two innings of work while Trey Tujetsch pitched a clean 11th inning.

The Gamecocks will face Georgia Tech in its second fall scrimmage Sunday, Oct. 20 at Founders Park. First pitch is scheduled for 1:30 p.m. The scrimmage is free and open to the public.