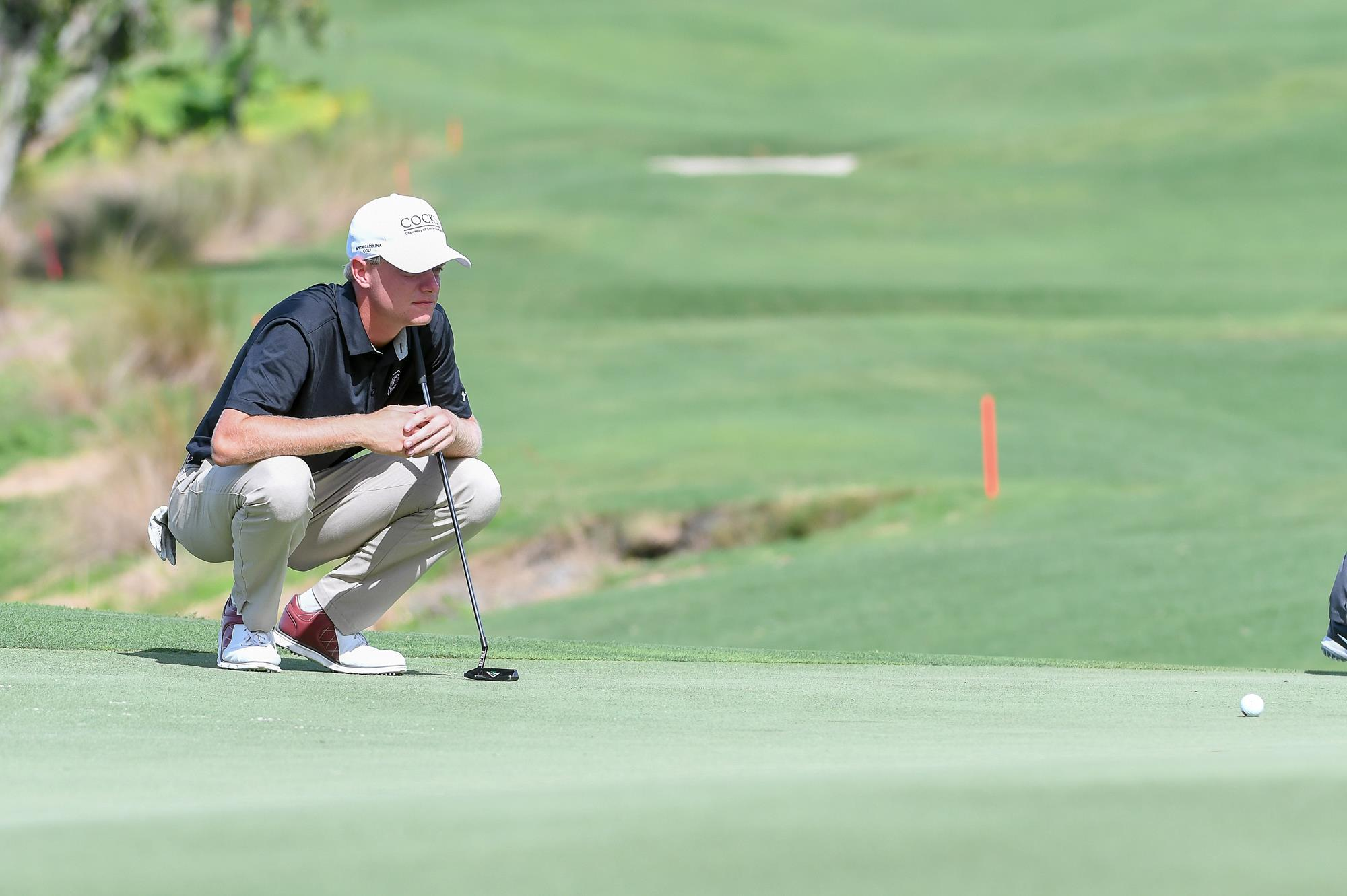 SAPPHIRE, N.C. — South Carolina returns to the course on Monday at the J.T. Poston Invitational, the team’s third event of the fall season. The Gamecocks will play 36 holes with a shotgun start in the morning at The Country Club of Sapphire Valley.

“The golf course is in amazing condition and our guys should get some great exposure to northern style grasses this week,” said head coach Bill McDonald. “We’re operating off a quick turnaround from our last event but the team looks rested and ready to go.”

It’s the same lineup for Carolina with seniors Caleb Proveaux and Jamie Wilson, junior Jack Parrott, sophomore Ryan Hall and freshman Jack Wall. Proveaux is fresh off a career-best, T-2nd finish at the Graeme McDowell Invitational last week in Birmingham. He finished the tournament with rounds of 68 (-4) and 69 (-2).

Junior Andrew Spiegler will be playing as an individual this week and making his 2019-20 season debut.

The Gamecocks will look to build off momentum from their final round at Greystone Golf & Country Club on Tuesday in which the team shot a season-best 281 (-7).

Western Carolina is the host school for the tournament, formerly known as the Hummingbird Intercollegiate.

Playing at a par-71, 6,767-yard layout, the beautiful Country Club of Sapphire Valley is a private, member-owned club that features a valley golf course, plush clubhouse, state-of-the-art fitness center, and tennis center. The course meanders through the backdrop of mature hardwood forest and the scenic mountains of the southern Appalachians that provide for breathtaking views and a natural setting. The course, which sits on a level valley floor despite its mountainous surroundings, was originally designed by George Cobb and was updated by Bill Bergin.

Live scoring for the tournament will be available via Golfstat.