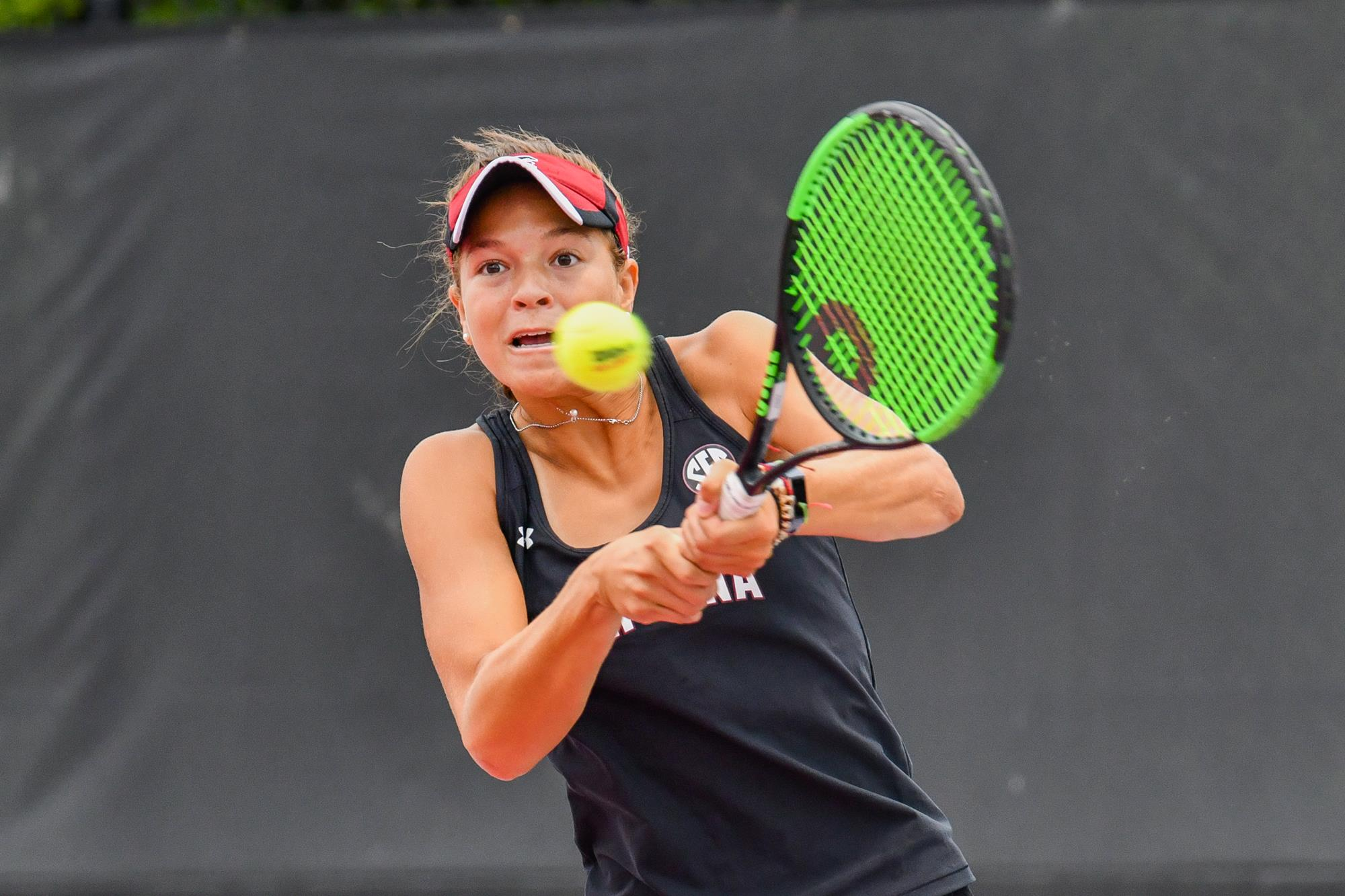 DALLAS – South Carolina women’s tennis freshman Emma Shelton is set to compete in the Hilltop Draw final at the SMU Fall Invitational on Sunday morning at 9 a.m. at the SMU Tennis Complex.

Shelton started the day with a victory against Isabella Tcherkes Zade of SMU, 6-3, 7-6 (4). Following, she topped teammate Silvia Chinellato, 6-4, 6-3, advancing to the final. There, Shelton will see UT San Antonio’s Jasmin Starr for the title.

Also taking down a Buckeye, No. 125 Megan Davies came out on top over Irina Cantos, 6-4, 6-3. In her next match, Davies had a walkover to advance to the Singles Compass Draw – South title against Tennessee’s No. 89 Kaitlin Staines.

Davies and Horvit will start Sunday with a doubles match at 9 a.m. opposite of Ohio State’s No. 49 Allen and Shiori Fukuda. Following, they’ll hit the court for their final singles matches of the weekend.