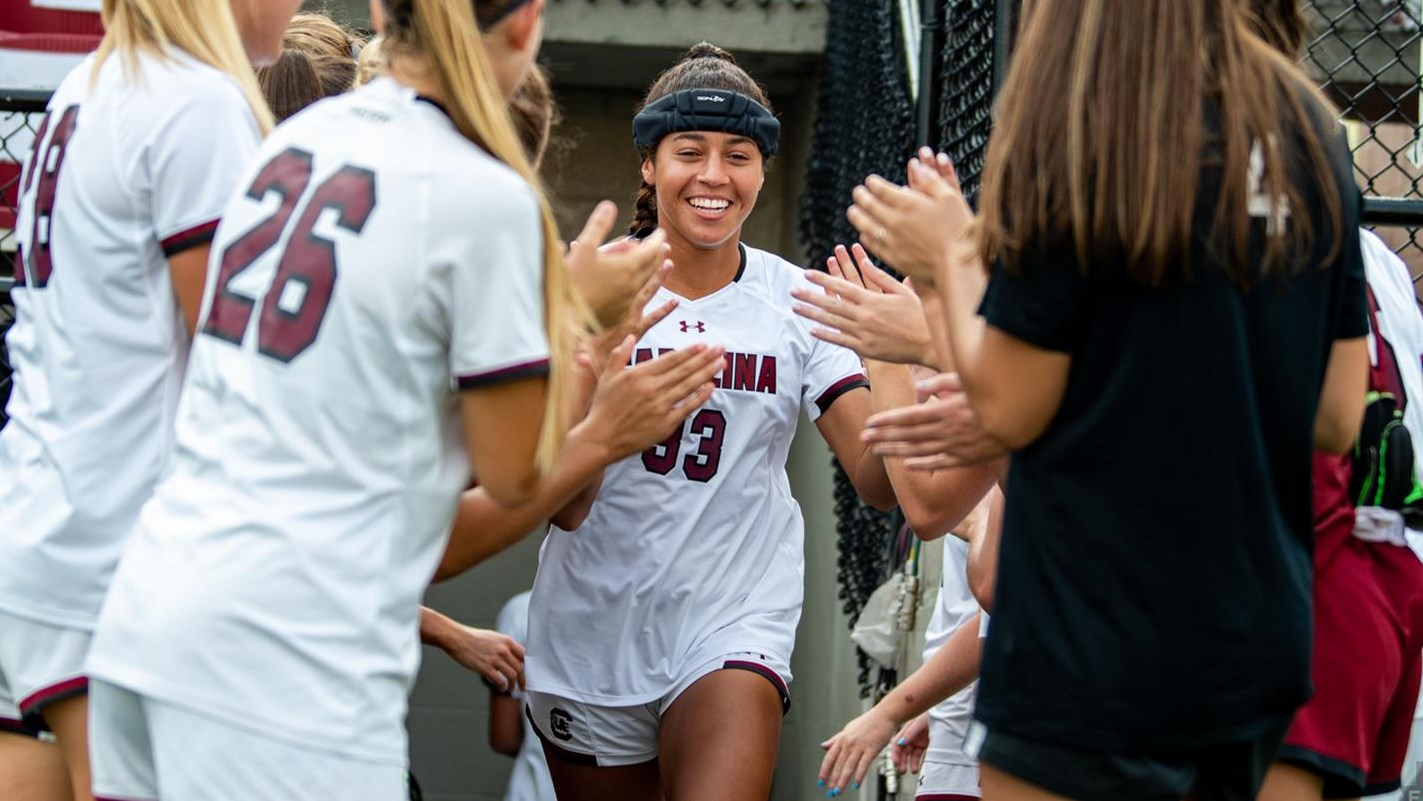 Gamecocks Shut Out No. 13 Arkansas to Remain Undefeated in SEC

“This is a huge win for us, they are a really difficult team to play,” South Carolina head coach Shelley Smith said. “They know how to win matches and get results and they’ve done it all year. So to have them here and find a way to win at home is a great success for us this weekend.”

Harris’ goal came in the 77th minute, breaking Arkansas’ seven-match streak without conceding a goal. After Riley Tanner drew a foul just beyond the 18, the sophomore sent a free kick to the back post where Grace Fisk headed the ball to the front of the goal where Harris finished the goal. The goal for Harris was the second-straight match that the Hazlet, N.J., native found the back of the net and is the first gamewinner for her this season.

“It’s all about the team win today,” Harris said after the match. “It is great to score a goal, but it doesn’t matter to me who gets it done. Two goals in two games is a great thing, but two wins is even better.”

The win over the 13th-ranked Razorbacks is the highest ranked win of the season for the Gamecocks, who have now taken out two top-25 teams. The Carolina defense also held Arkansas, the fourth-highest scoring offense in the NCAA, scoreless, giving senior goalkeeper Mikayla Krzeczowski her 39th career shutout.

Arkansas came out early with a lot of energy. The Razorbacks at one point held an 8-4 advantage in shots before the Carolina defense locked down. Over the final 50 minutes of regulation, the Gamecocks did not allow a single Arkansas shot and fired the final 10 shots in the victory.

“Our fans are always great in helping us win here at home,” Fisk said after the win. “Even 2 p.m. on a Sunday in 95-degree heat there were still loads of people here and it helps. We also have a mentality at home to protect our own turf. We’re big on that and we don’t like conceding here and we want to protect it.”

The Gamecocks will play just one match next week. Carolina will take its talents to Columbia, Missouri to take on the Tigers. That match is set for Oct. 4, at 8 p.m. ET on SEC Network +.