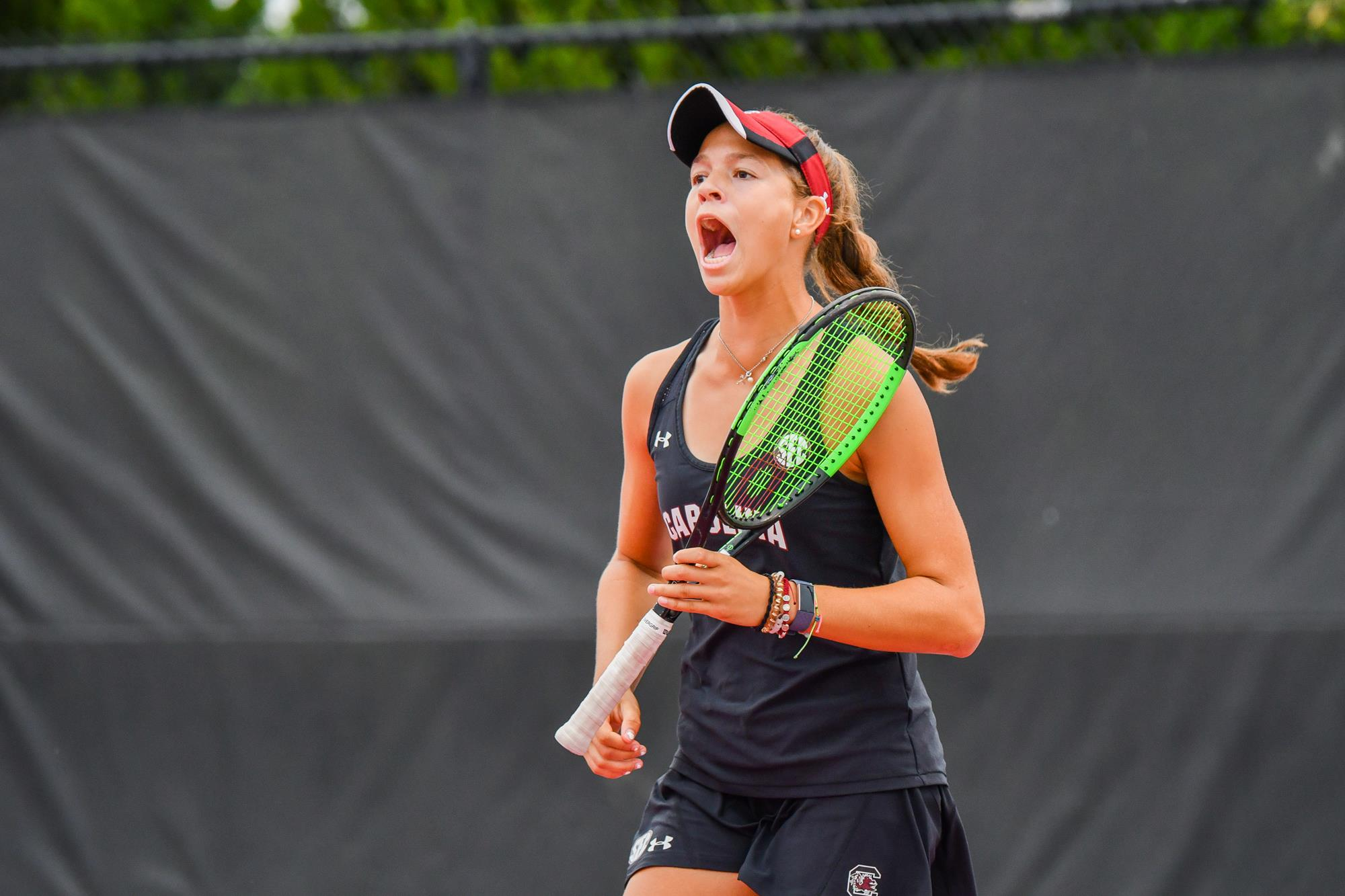 In the final match of the weekend, Shelton ran though UT San Antonino’s Jasmin Starr in straight sets, 6-0, 6-2. With the victory, Shelton earned a wild card to the W25 Dallas hosted by SMU from Monday, Oct. 21 to Sunday, Oct. 27.

“Emma getting through the tournaments and winning all the way through is big,” head coach Kevin Epley said. “She’s playing at a pretty high level and we’re really excited to see what she can do at the 25K coming up.

“We progressively got better throughout the weekend and ended on a good note on Sunday. Elise (Mills) came up with some big victories (Sunday). We’re playing our game and overall, had a good tournament.”

Ana Luiza Cruz and Elise Mills also picked up wins on the final day of play. Cruz earned a tiebreaker victory opposite of Jackie Nylander of SMU, 4-6, 6-4, 10-5. Also getting a victory against a Mustang, Mills downed Katherine Jakeway, 6-1, 6-3.

No. 49-ranked Horvit came out on top in the Singles Compass Draw – North after a quick, two-set victory, 6-0, 6-3, over UCF’s Nandini Sharma.

“We battled hard against some of the top competition in the country,” associate head coach Ty Schaub said. “Mia had a phenomenal tournament. She was building some serious momentum and playing better and better tennis as the tournament went on. She came back from a grueling loss and picked up some really good wins in convincing fashion. Mia finished this tournament playing at an extremely high level.”

In doubles, Horvit and Megan Davies ended with a win, defeating No. 49-ranked Shiori Fukuda and Kolie Allen of UCF, 6-2.

The next tournament scheduled for the Gamecocks is the ITA Women’s All-American Championships. Look for more information on the field to be released in the future.