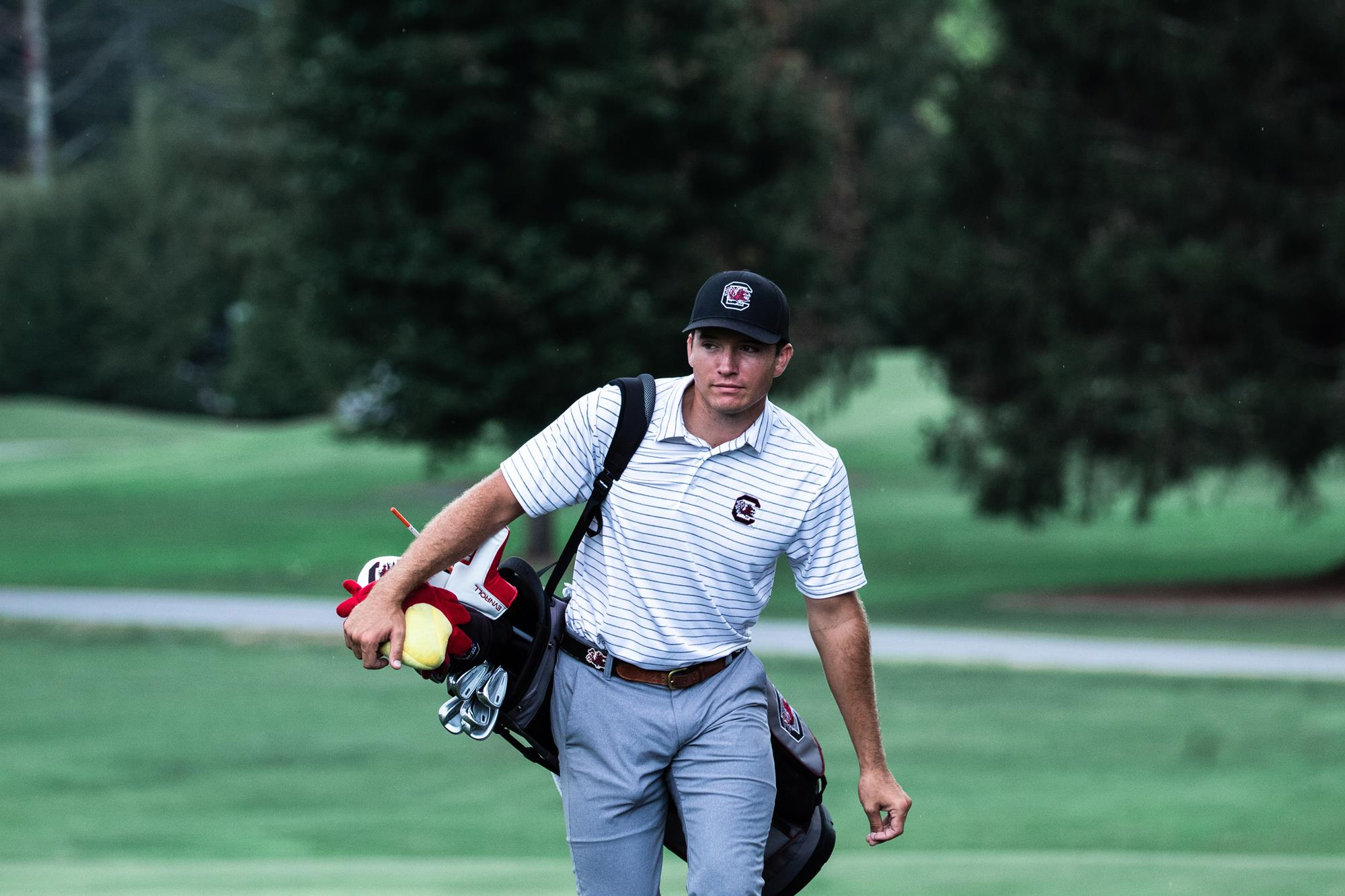 SAPPHIRE, N.C. — Play was suspended early in the second round of the 2019 J.T. Poston Invitational on Monday evening due to several batches heavy rain that left the course unplayable. The Gamecocks are in third at 14-under for the tournament through six holes of round two.

“I thought we played well today, but we’re missing some opportunities overall to really go low,” said head coach Bill McDonald. “The guys are playing well and we just need to stay patient and make some better decisions in scoring situations. We’re looking forward to tomorrow and making a run at the leaders.”

Carolina opened with its best round of the year so far, a 277 (-7) the first 18 holes. Senior Caleb Proveaux continued his standout play, leading the team with a 4-under 67 and six birdies. The Lexington, S.C., native, has now shot in the 60s three consecutive rounds dating back to the Graeme McDowell Invitational.

Freshman Jack Wall shot 69 (-2) with three birdies and an eagle. Sophomore Ryan Hall also posted a red number with a 70 (-1). Senior Jamie Wilson was the final counting score with an even par 71. Junior Jack Parrott shot 72 (+1) and fellow junior Andrew Spiegler carded a 75 (+4). He made his season debut today and is playing as an individual this week.

All four of Carolina’s counting scores are in red figures heading into Tuesday. Wilson is leading the way bogey free at 3-under through six holes.

Players marked their balls before leaving the course tonight. Second round action will resume at 8:30 a.m. ET

Georgia Southern is leading at 22-under after a standout first round. The Eagles shot 265 (-19) in the first 18 holes to jump to the top of the leaderboard. Brett Daughdrill of Central Arkansas has the individual lead by a shot at 7-under.

Click here for full scores and results from day one at The Country Club of Sapphire of Valley.

-scores through 24 holes of play-