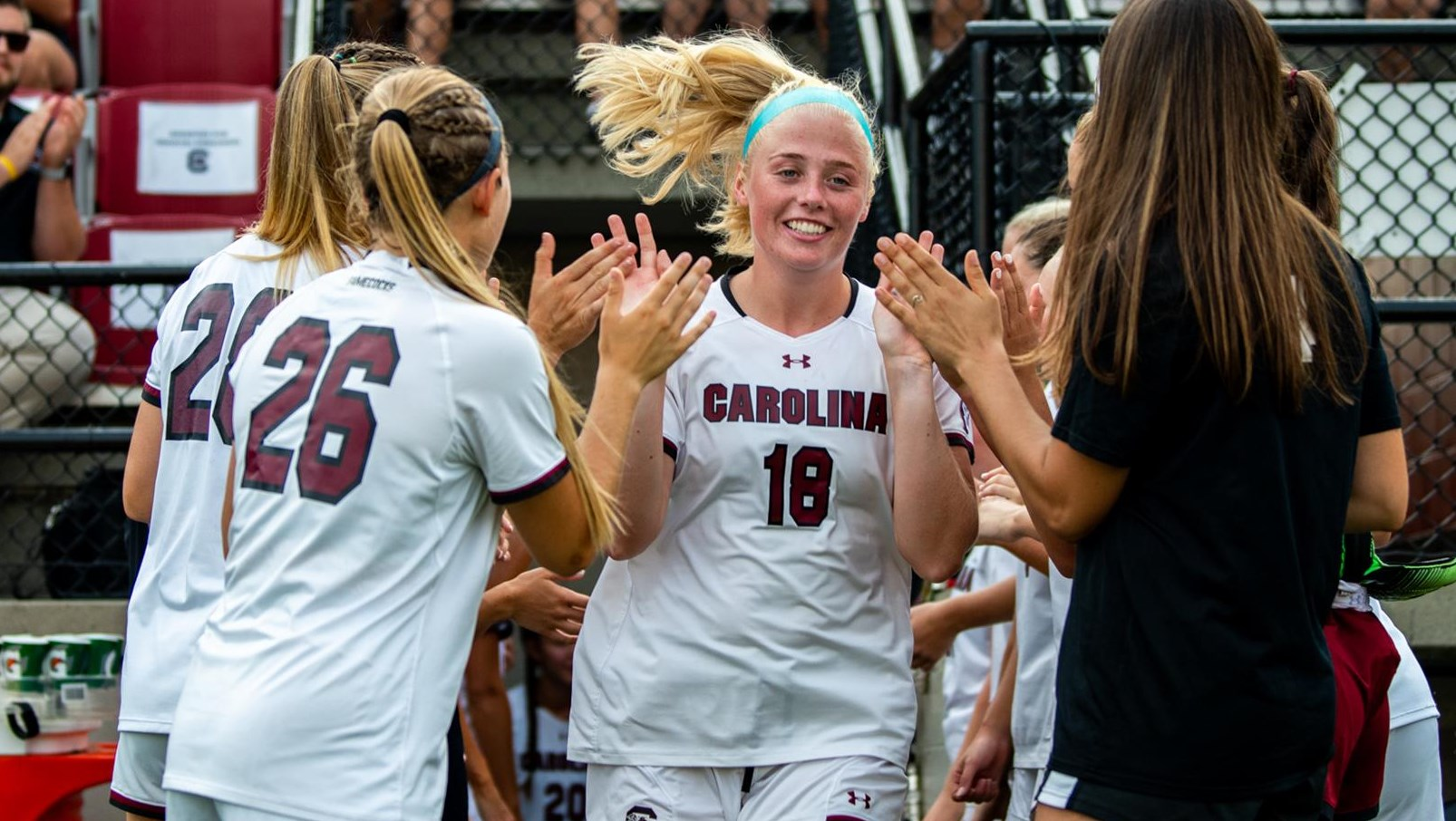 Fisk Honored as SEC Defensive Player of the Week

Fisk anchored Carolina’s defense that shutout No. 13 Arkansas on Sunday afternoon at Stone Stadium to help the Gamecocks move to 3-0-0 in SEC play. Fisk notched an assist on the game-winning goal vs. No. 13 Arkansas and played in all 90 minutes in both of South Carolina’s wins. The award for the senior is the first since she won her first career SEC Defensive Player of the Week honor on Oct. 16, 2017.

As a second-year captain, Fisk has been solid for the Gamecocks all season. She’s played in all 90 minutes in the last seven matches and in eight of Carolina’s 10 matches this season. Against Arkansas, the Gamecocks did not allow a shot in the final 50 minutes of the contest, holding the fourth-highest scoring offense in the NCAA scoreless. The win over the Razorbacks snapped their seven-match winning streak and is just the second time this season they have been shut out.

Since Fisk, a two-time SEC Defensive Player of the Year, has arrived in Columbia, the South Carolina defense has been stellar. In Fisk’s 46 matches in a South Carolina uniform the Gamecocks hold an incredible goals against average of 0.457.