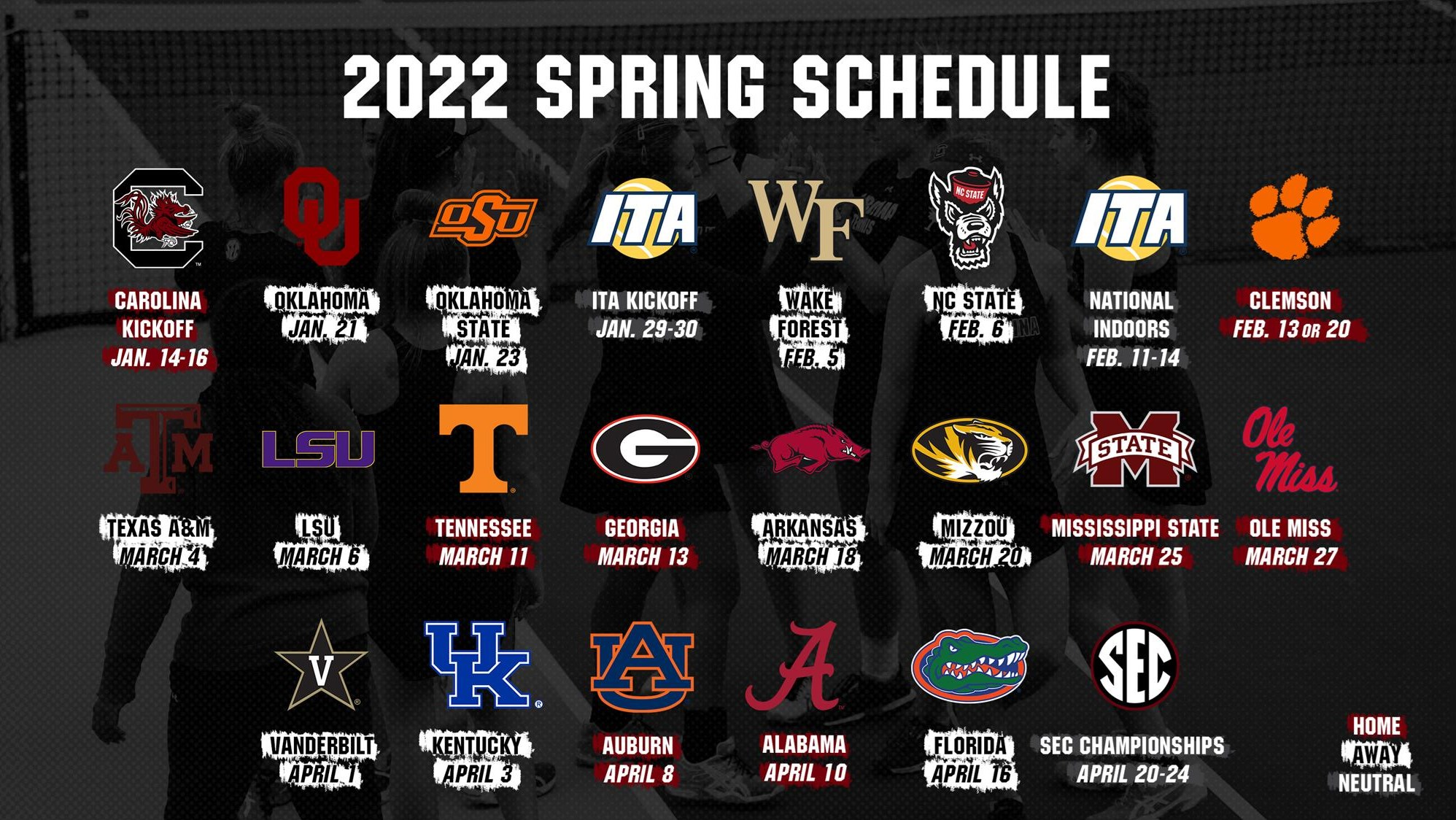 “After a successful fall semester, we are very excited to get out and start competing as a team again,” Epley said. “Our first matches are in our new indoor facility for the Carolina Kickoff which is a great way to kick off the spring campaign. We have a close knit group and we are anxious to see what we can do this year.”

The Gamecocks will begin their season with the Carolina Kickoff from Jan. 14-16. Auburn, Georgia Tech and Wake Forest will travel to Columbia for the tournament. Matches will take place at 10 a.m. and 1 p.m. each day.

South Carolina will then hit the road for its first set of dual matches. The 11-member squad will face Oklahoma on Jan. 21 at 6 p.m. before taking on Oklahoma State on Jan. 23 at 1 p.m.

For this season’s ITA Kickoff Weekend, the Gamecocks will travel to College Station, Texas, on Jan. 29. In addition to host Texas A&M, South Carolina will have opportunities to face Princeton and Texas Tech.

From there, South Carolina heads back to the east coast for a pair of matches in North Carolina. Feb. 5 will feature a match at Wake Forest and Feb. 6 will be at NC State.

Should South Carolina win each of its matches at ITA Kickoff Weekend, it will travel to Madison, Wis., for the ITA National Indoors. The tournament will take place Feb. 11-14.

The possibility of ITA National Indoors affects the date of the Gamecocks’ match against in-state rival Clemson. If South Carolina qualifies for the ITA event, the home matchup against the Tigers will take place at Noon on Feb. 20. Otherwise, the match will be held at Noon on Feb. 13.

In March, South Carolina will begin its SEC slate on the road with matches at Texas A&M at 6 p.m. on March 4 and at LSU at 1 p.m. on March 6.

The Gamecocks will host six SEC matchups this spring. They will compete against Tennessee on March 11 at 5 p.m., Georgia on March 13 at Noon, Mississippi State on March 27 at 5 p.m., Ole Miss on March 29 at Noon, Auburn on April 8 at 5 p.m. and Alabama on April 10 at Noon. All home matches are open to the public.

As for away contests, South Carolina will play matches at Arkansas at 6 p.m. on March 18, at Mizzou on March 20 at 1 p.m., at Vanderbilt on April 1 and at Kentucky on April 3. The Gamecocks will close out their regular season with a trip to Florida on April 16.

South Carolina’s postseason opportunities will begin with the SEC Tournament from April 20-24. The battle for the conference title will take place in Gainesville, Fla.

The first rounds of the NCAA tournament will begin on May 6. Should South Carolina make the tournament as a team and for individual competition, it could play through the end of May. It would also mark the team’s 27th consecutive appearance in the tournament.