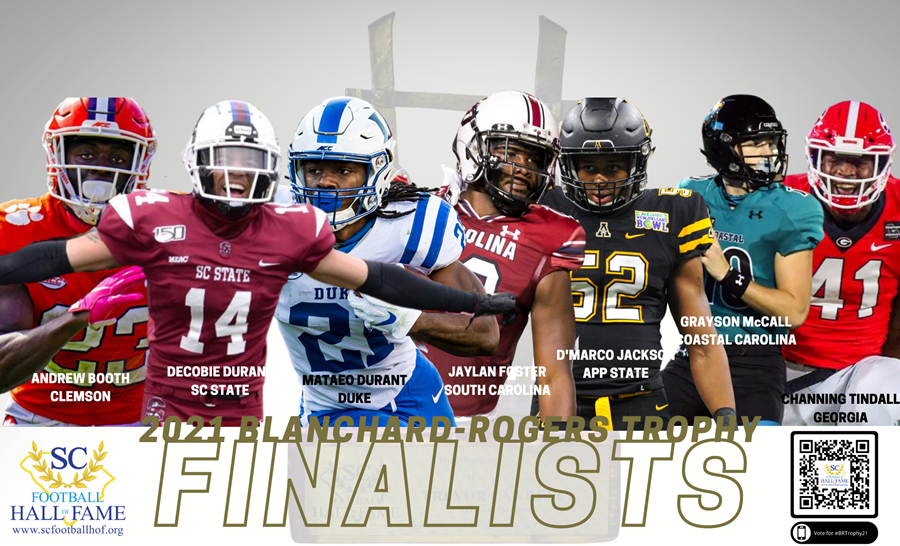 Foster Named a Finalist for the Blanchard-Rogers Trophy

The South Carolina Football Hall of Fame (SCFHOF) announces its top finalists for the recipient of the Blanchard-Rogers Trophy presented by Hale’s Jewelers, which goes out to the most outstanding collegiate player of the year that has South Carolina ties. The winner is derived from a vote of its members (fan members, sports media, and its Boards and Executive Team).

Last year, University of South Carolina (USC) RB Kevin Harris, who was the 2020 SEC leader in rushing, received the Blanchard-Rogers Trophy from USC great, George Rogers.  Two years ago, the Trophy was given to 2020 #1 overall NFL Draft pick and former Clemson QB Trevor Lawrence, who just completed his first season with the Jacksonville Jaguars. To see a full list of past recipients visit scfootballhof.org.

The SCFHOF encourages the football fans of South Carolina to vote for this year’s recipient. Voting ends February 7, 2022.