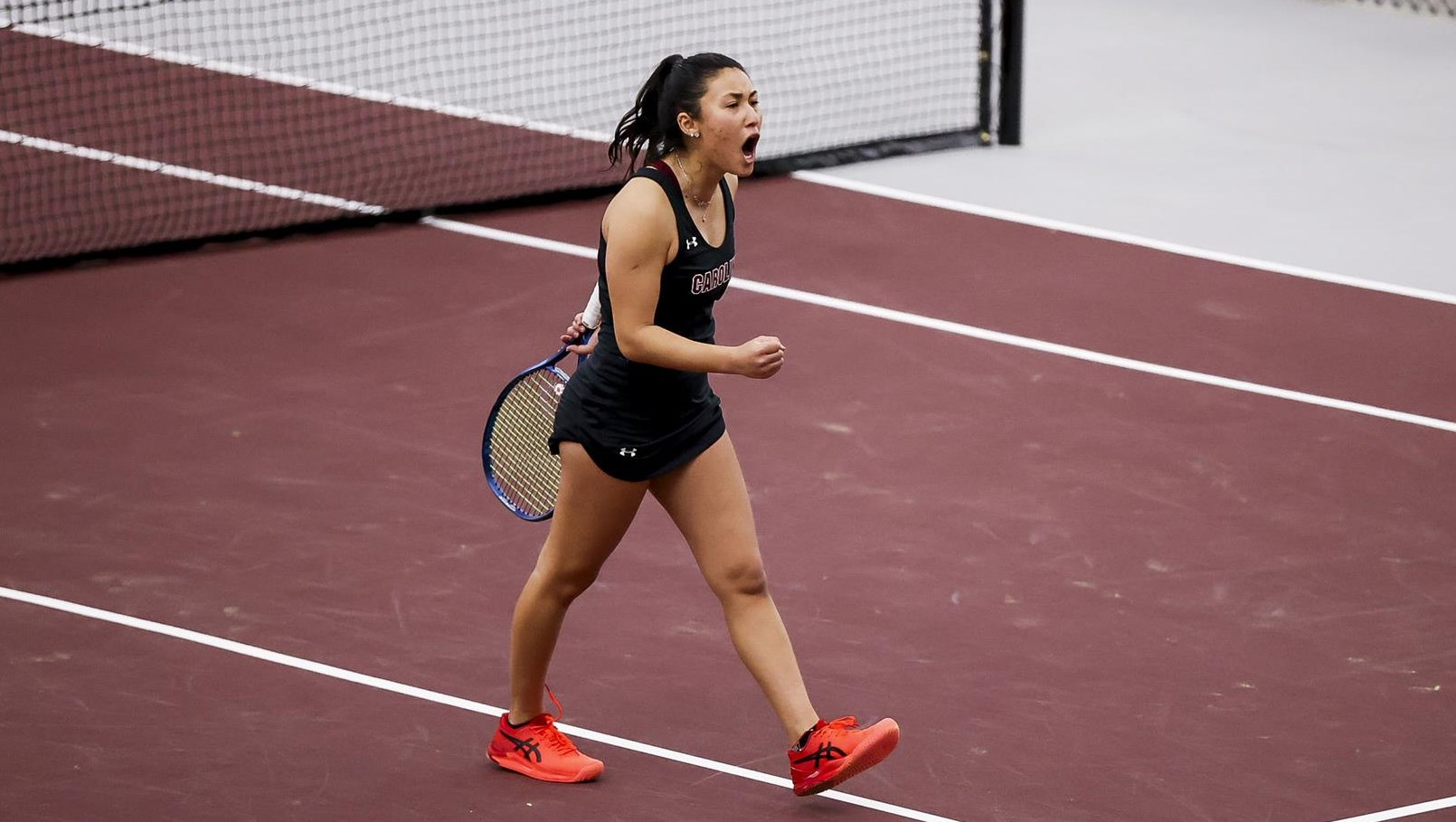 COLUMBIA, S.C. – Freshman Misa Malkin finished the weekend undefeated in singles as South Carolina closed out the Carolina Kickoff on Saturday. The Gamecocks battled in competitive matches on the final day of their home opener.

In singles, Malkin faced Auburn freshman Adeline Flach. The first set between the collegiate newcomers went to Flach who won in a 6-4 decision. After tying things up 2-2 in the second set, Malkin took off to win the next four games and sent the match into a third set.

The third set began just like the second, in which Malkin and Flach were tied at two games all. Malkin settled in and did not give up another game in the set. She took down Flach with a strong forehand up the middle that Flach dumped into the net to claim the 4-6, 6-2, 6-2 victory.

Freshman No. 2 Sarah Hamner battled against No. 79 Selin Ovunc of Auburn in the No. 1 spot. After dropping the first set 6-4, Hamner was not ready to stop the fight. She came back from a 2-5 deficit to tie things at 6-6 to force a tiebreak. The tiebreak was closely contested, but ultimately Hamner sent the match to a third set with a 7-6 (5) win. The competitive third set reached 5-5, but Ovunc ultimately won the third set 7-5.

In the No. 5 spot, Chloe Narboni played a three-set match against Auburn’s Georgie Axon. Narboni won the first set 6-3 but Axon claimed the second set 6-3. The two were neck-in-neck in the third set until things were tied at four games all. After multiple hard-fought points, Axon pulled ahead and took the third set 6-4.

In doubles, Kendall Couch and Narboni took on Maddie Lynch and Mia Ahmad of Wake Forest. The pair of Columbia, S.C., natives quickly went up 2-0 over the Demon Deacons. Lynch and Ahmad closed the gap to 2-2 but the Gamecocks pushed forward. Couch and Narboni earned the 6-4 win to cap off South Carolina’s day at the Carolina Kickoff.

The scheduled third day of the Carolina Kickoff is canceled due to the forecasted winter weather. South Carolina will travel to Oklahoma for its first dual match of the season on Fri., January 21 at 6 p.m.