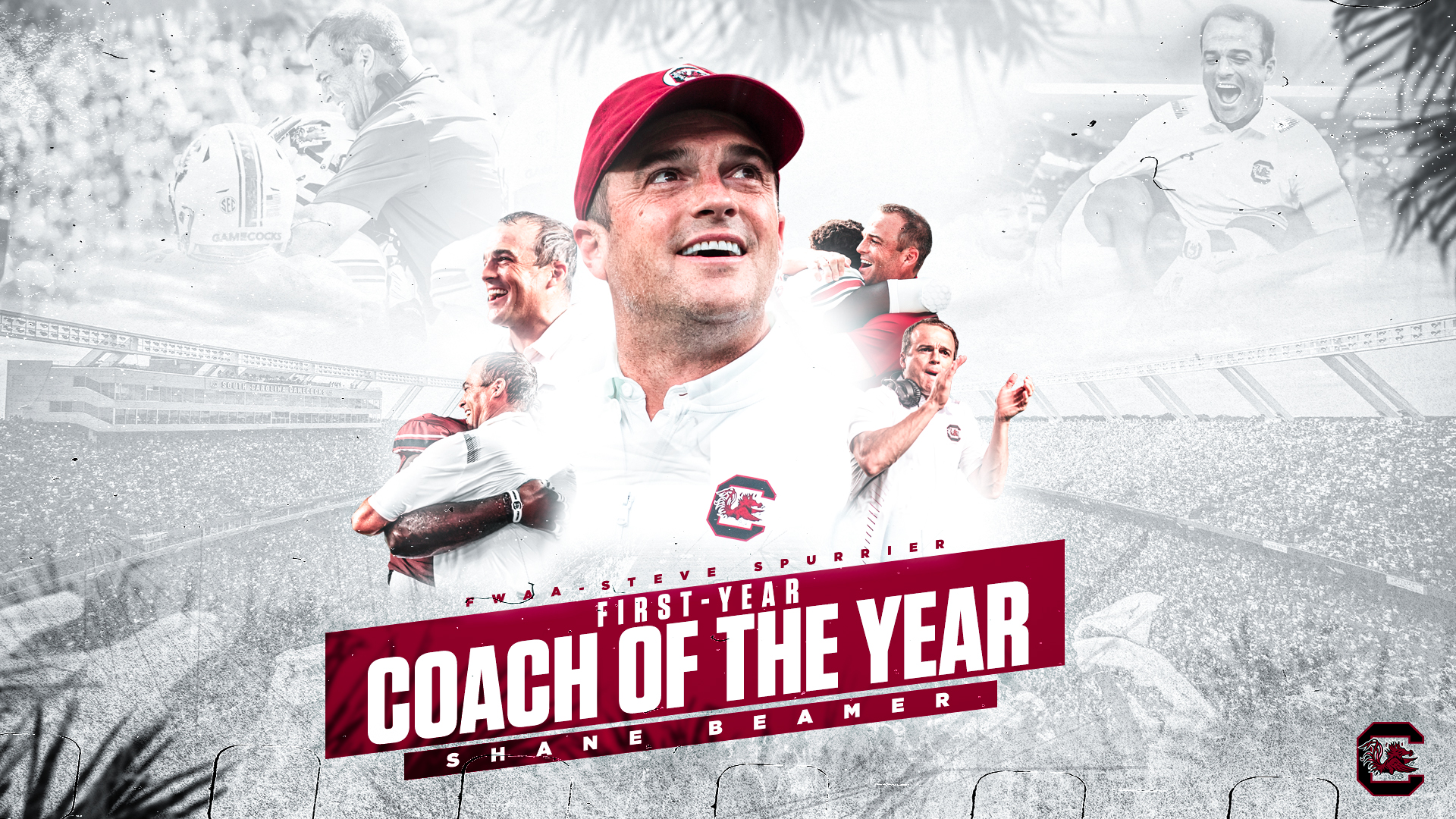 Led Gamecocks to a 3.5-Game Improvement in First Season

University of South Carolina head football coach Shane Beamer has been selected as the co-winner of the Steve Spurrier First-Year Coach of the Year Award presented by the FWAA and Chris Doering Mortgage, it was announced today. Coach Beamer shares the award with Tennessee head coach Josh Heupel.

Beamer led the Gamecocks to a 7-6 record in 2021, a 3.5-game improvement over their 2-8 campaign in 2020. Included was an impressive 38-21 win over North Carolina in the Duke’s Mayo Bowl. Beamer’s first Carolina squad featured four different starting quarterbacks logging wins, a feat that only the 2014 Utah State team has matched. The Carolina defense, anchored by All-America safety Jaylan Foster, allowed 24.0 points per game, down from 36.0 in 2020, while the special teams units led by Parker White, the school’s all-time leading scorer, excelled all season long.

Coach Spurrier was known for his innovation as a College Football Hall of Fame quarterback and coach, so it seems only fitting Spurrier would get creative in his first year as the namesake for the award.

“Well there are two coaches this year because they are both very deserving,” Spurrier said. “Preseason, their teams were picked next to Vandy at the bottom of the league, 12 and 13, but instead of gloom and doom they took their players and improved every game and both finished 7-6.

“It’s extremely important for coaches in their first year that they come in with no excuses,” Spurrier said. “They don’t say give me two or three years, they eliminate excuses, they take the team they got an add to it the best way they can, and they go and compete.”

Beamer, son of celebrated Virginia Tech coach Frank Beamer, is the second South Carolina coach to win the award. Spurrier actually won the award in 2005 in his first season leading the Gamecocks.

A trophy presentation and reception event at Spurrier’s Gridiron Grill in Gainesville, Fla., is scheduled to take place on February 21, 2022, with speakers including Steve Spurrier, Chris Doering and Mike Griffith from the FWAA.