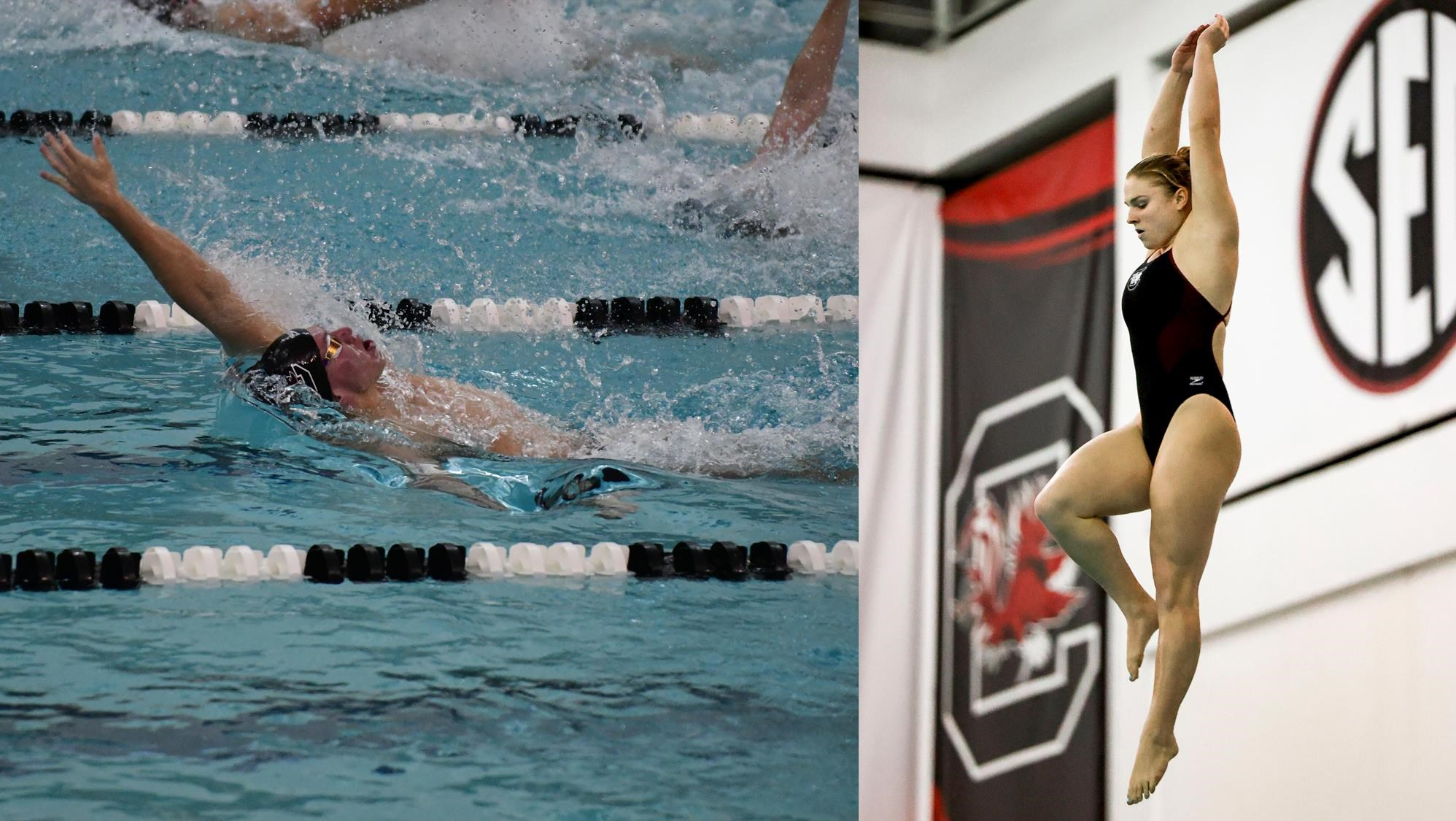 Laitarovsky of Natanya, Isreal, won two events in the Gamecocks’ recent meet versus UNC Wilmington. He placed first in the 100 backstroke with a time of 48.20, over two full seconds ahead of the second-place finisher. This was his fourth win the the 100 backstroke on the season. Laitarovksy also swam the lead of the winning 200 medley relay. He completed his 50 yard backstroke in 22.27 seconds.

“It’s always great when our Gamecock swimmers and divers get recognized by the SEC,” said head coach Jeff Poppell. “Congratulations to Michael on receiving this accolade and a special shout out to Assistant Coach Robert Pinter for his outstanding work with him.”

This is Laitarovsky’s second time being named SEC Freshman of the Week this season. He was previously awarded the honor during week four of the season following the Gamecocks’ sweep of the Queens Royals in which he won the 100 backstroke and was the lead swimmer in both the winning 200 and 400 medley relays.

“I’m really excited about the progression Sophie is making this year,” said head diving coach Dale Schultz. “Her consistency and belief in herself are beginning to show in her performances.”

This is Verzyl’s second SEC Diver of the Week honor of the season. Her previous award came after she swept the springboard events at the Tennessee Invitational in November.

Laitarovsky, Verzyl, and the rest of the Gamecock swim and dive team will be back in action next for their senior day meet on Jan. 29. The Gamecocks will be facing the Missouri Tigers at the Carolina Natatorium at 10 a.m.