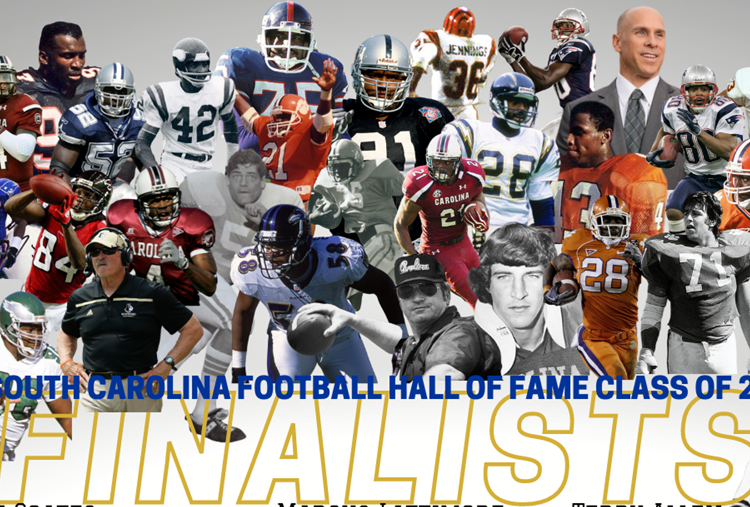 Six Gamecocks Among Finalists for Class of 2021 SCFHOF

In the fall of 2021, 76 nominees were chosen that have played collegiate football for an in-state institution or grew up in South Carolina and played out of state with excellence during their full career. The vote was determined by sports media, the SCFHOF Board of Advisors and Directors, supporting members and fans of the South Carolina Football Hall of Fame (SCFHOF). The SCFHOF is proud to announce the final ballot consisting of 26 modern-era and four Legacy finalists eligible for a five-person class to be enshrined at the 9th Annual Enshrinement & Benefit scheduled for March 31, 2022 at the Hilton Greenville.

The final round of voting presented by Wyatt Law, P.A, trusted legal services is open exclusively to supporting members, media, and past SCFHOF honorees now through February 7, 2022. If you are not a supporting member of the SCFHOF and would like to support the organization, you can go here. Monthly, annual, and other supporting options are available for purchase. The Class of 2021 will be finalized by the SCFHOF Board of Directors and announced later in February.

Contact Michael Foster for any questions or media requests regarding this release at foster@scfootballhof.org.