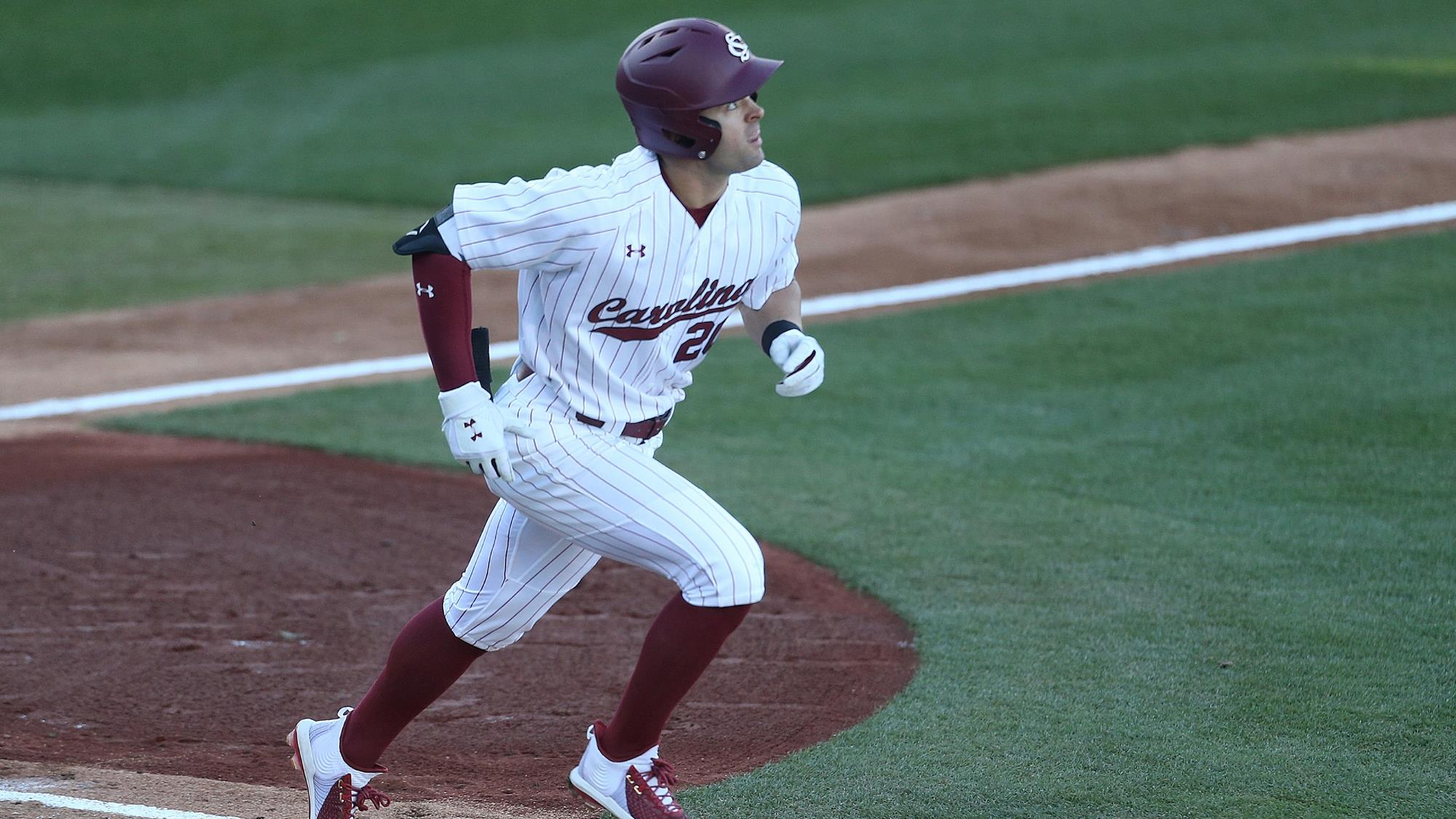 The Gamecocks belted three home runs and Will Sanders earned the win in the 2022 lidlifter.

COLUMBIA  – The University of South Carolina baseball team belted a trio of home runs and had 13 hits as the Gamecocks opened the 2022 season with a 9-7 win over UNC Greensboro Friday afternoon (Feb. 18) at Founders Park.

Andrew Eyster led the Gamecocks offense with a 3-for-5 day which included three RBI and his first home run of the year. Michael Braswell and Matt Hogan also homered and had two hits apiece while Braylen Wimmer also had a pair of hits while Braswell scored three runs.

Will Sanders picked up the win on the mound, allowing just a solo home run in the first in five innings. He struck out three, allowing three hits with no walks. Wesley Sweatt earned his first save of the season, getting a groundout to end the contest.

Carolina scored a pair of runs in the first, highlighted by an Eyster RBI double. Hogan then made it 3-1 in the second with his solo home run to right. It was 5-1 after Eyster’s two-run home run in the bottom of the third.

The score remained 5-1 until the seventh as Wimmer scored a run on a UNCG throwing error. The Spartans answered with two runs in the eighth, but Carolina scored three in the bottom of the frame, highlighted by Braswell’s home run. UNCG scored four runs in the ninth and had runners on first and second with two out, but a groundout ended the game.

UP NEXT
Carolina and UNCG continue the three-game series Saturday afternoon (Feb. 19) at 12:30 p.m. at Founders Park. The game will be on SEC Network Plus.