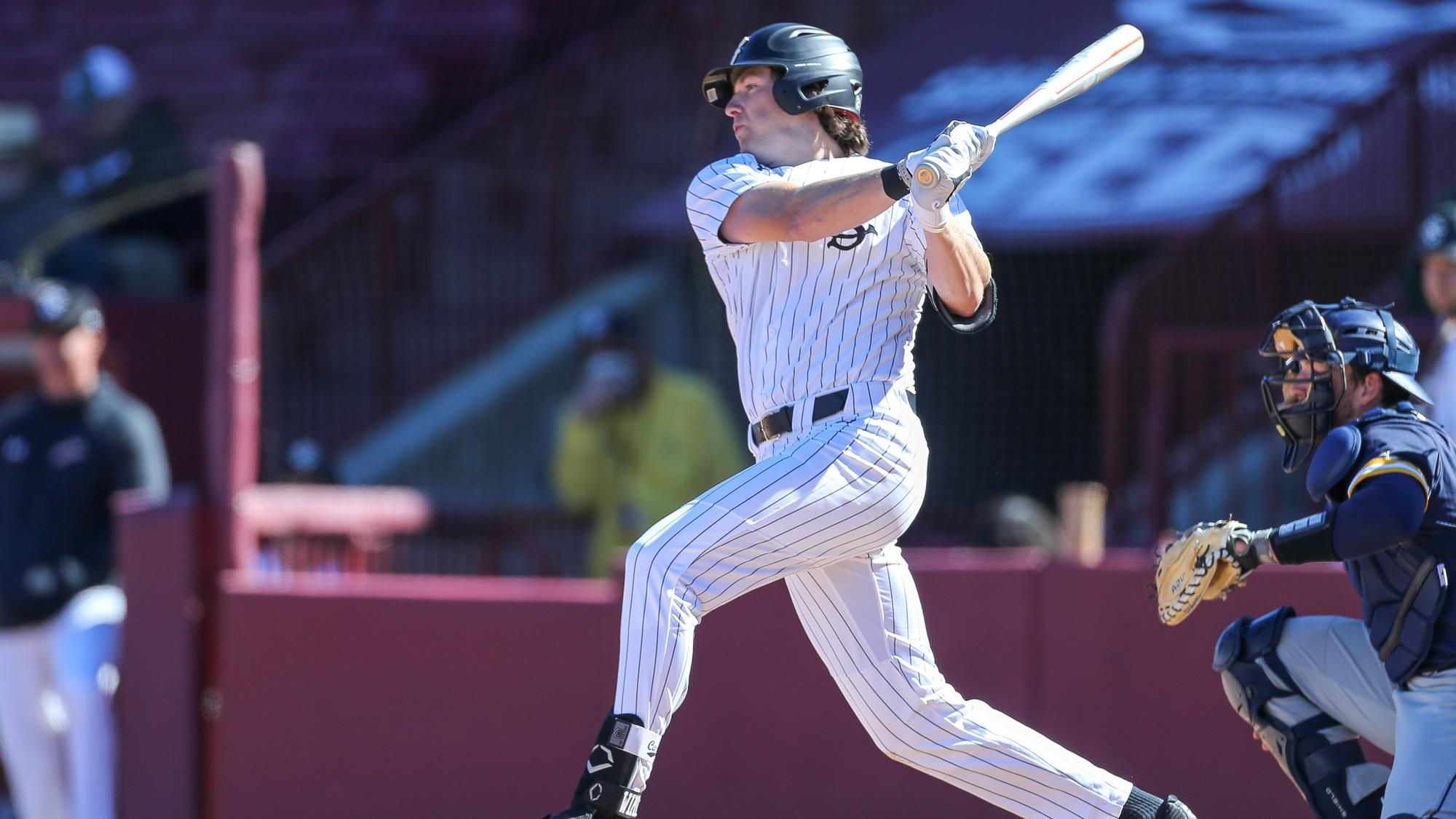 Braylen Wimmer and Andrew Eyster had three hits apiece in a 5-4 loss to UNCG.

COLUMBIA  – The University of South Carolina baseball team scored three runs in the bottom of the ninth inning but could not complete the comeback in a 5-4 loss to UNC Greensboro Saturday afternoon (Feb. 19) at Founders Park.

Braylen Wimmer and Andrew Eyster had three hits apiece for the Gamecocks, while Kevin Madden was 2-for-3 with a run scored. Michael Braswell drove in a pair of runs while Brandt Belk walked twice and scored a run.

The game was scoreless after three frames, but the Spartans put up a pair of runs in both the fourth and fifth innings. Four hits in the fourth frame were followed by three hits for UNCG in the fifth, the big hit a two-run double to left from Hogan Windish in the fifth frame.

Carolina scored a run in the sixth on Josiah Sightler’s RBI single to center. UNCG added a big insurance run in the ninth. Carolina started the ninth-inning rally with a one-out Madden single. Colin Burgess then walked. After a strikeout, Belk walked and Braswell scored a pair with a single to left. Wimmer then walked and Eyster brought in a run with an infield single. Sightler then hit a ball to center looked at first like it might get over Bradley Bott’s head, but he corralled it to end the game.

The loss on the mound went to James Hicks, who allowed four runs and nine hits in 4.1 innings with five strikeouts and no walks. Five Gamecock relievers followed, allowing just one run with eight strikeouts.

UP NEXT
Carolina and UNCG conclude the three-game series on Sunday, Feb. 20 at 1:30 p.m. The game will be on SEC Network Plus.