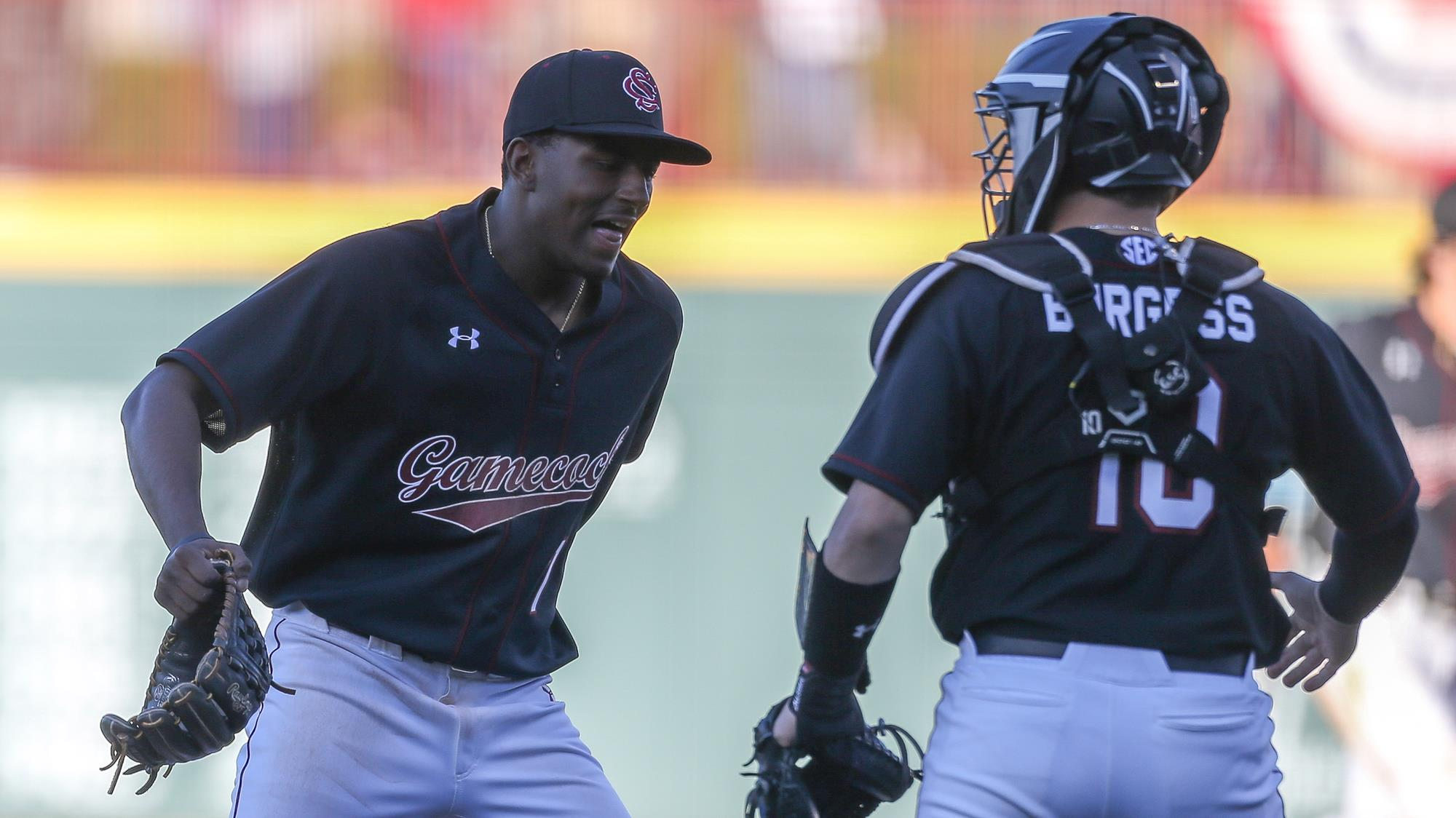 Michael Braswell's RBI fielder's choice was the winning run in the bottom of the 10th inning.

COLUMBIA  – The University of South Carolina baseball team, down 7-1 heading into the bottom of the ninth, scored six runs in the ninth and completed the comeback with a run in the 10th in an 8-7 win over UNC Greensboro Sunday afternoon (Feb. 20) at Founders Park.

Down 7-1 in the ninth, Kevin Madden started the rally with a single to left. He moved up on a wild pitch. Connor Cino belted a 2-run pinch hit home run to trim the lead to 7-3. Carson Hornung also pinch hit and singled to right. A groundout was followed by Michael Braswell reaching on an error. Braylen Wimmer loaded the bases after he was hit by a pitch and Andrew Eyster unloaded them with a grand slam to left.

Wimmer had three hits to lead the Gamecock offense, while Madden added two hits. Eyster drove in four runs while Cino had two RBI. Braswell earned the win on the mound in his pitching debut. Wesley Sweatt did not allow a run in 3.1 innings of relief, allowing two hits with a strikeout.

UP NEXT
Carolina continues its homestand on Tuesday, Feb. 22, hosting Winthrop for a 4 p.m. game. The contest will be on SEC Network Plus.