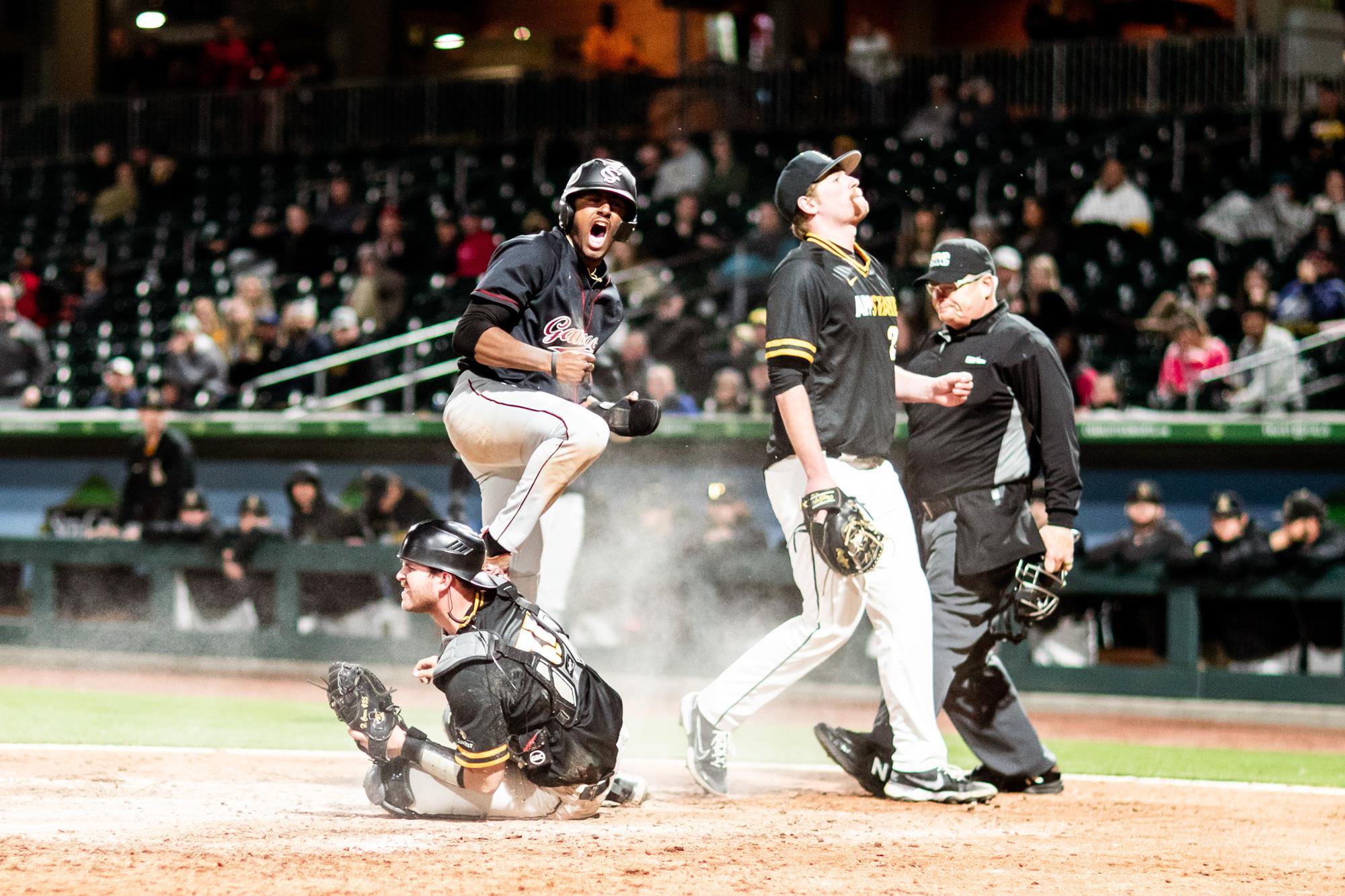 Baseball Rallies for Win over App State in Charlotte

The Gamecocks trailed 6-1 before five runs in the fifth and three in the final three innings.

CHARLOTTE – The University of South Carolina baseball team scored a pair of runs in the seventh and one in the eighth to break a 6-all tie and give the Gamecocks a 9-6 win over Appalachian State Tuesday night (March 1) at Truist Park.

Michael Braswell scored the game-winning run on a wild pitch and Carolina added insurance with an RBI single from Vytas Valincius in the seventh and a bases-loaded walk from Andrew Eyster in the eighth. Eyster had two doubles and four RBI in the win, going 2-for-3 at the plate. Braylen Wimmer also went 2-for-3 with two RBI and Braswell and Carson Hornung had two runs apiece.

Aidan Hunter earned the win on the mound in relief. He allowed a hit and struck out a batter in 1.1 innings. John Gilreath had four punchouts in 2.2 innings while Parker Coyne struck out four batters in the eighth inning. Michael Braswell came in and struck out a pair in the ninth to pick up his second save of the year.

App State had a grand slam from Hunter Bryson in the first and were up 6-1 after four frames, but a five-spot by the Gamecocks in the fifth tied the game.

UP NEXT
Carolina hosts Clemson to start the three-game series with the in-state rival this Friday (March 4) at 7 p.m. at Founders Park. The game will be on SEC Network Plus.