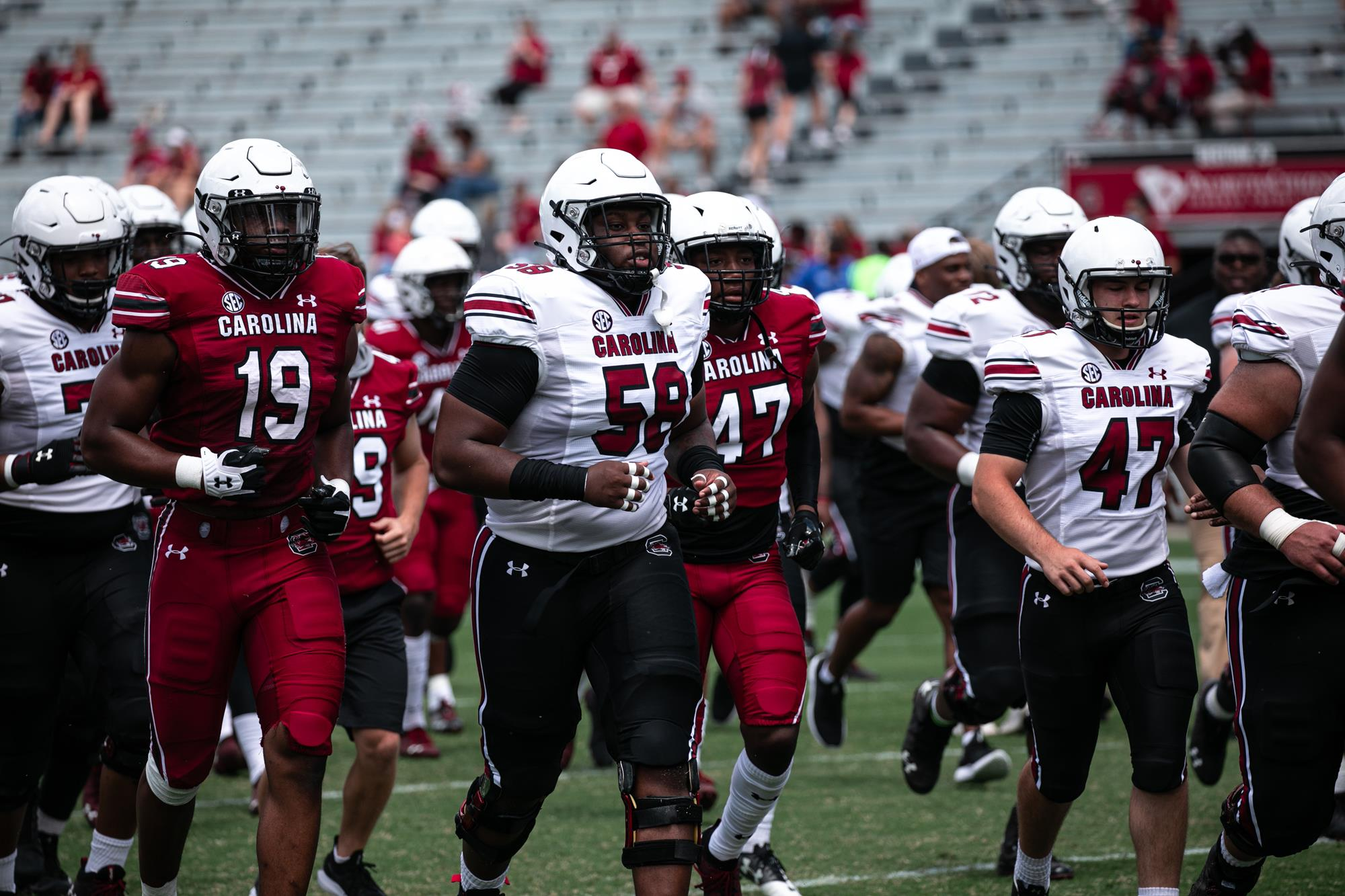 QUICKLY: Year two of the Shane Beamer Era at South Carolina gets underway with the start of spring drills on Tuesday, March 15. The Gamecocks are scheduled to practice 15 times during the spring. The team is slated to practice every Tuesday, Thursday and Saturday for five-straight weeks, culminating with the annual Garnet & Black Spring Game on Saturday, April 16. All dates are subject to change.

WE’RE TALKIN’ ABOUT PRACTICE: Most practices will be held at the football practice fields, located at the west end of Gamecock Park adjacent to the Long Family Football Operations Center and the Jerri and Steve Spurrier indoor practice facility, beginning at 9:30 am. The scrimmages on Saturday, April 2 and Saturday, April, 9, along with the spring game, will take place at Williams-Brice Stadium.

SNEAK PEEK: Regularly-credentialed members of the media will have an opportunity to watch the team stretch along with the first several periods of practice on Tuesday, March 15 (periods 1-6), Thursday, March 17 (1-5), Thursday, March 31 (1-5), Thursday, April 7 (1-5) and Tuesday, April 12 (1-5). The stretch period is set to begin at 9:45 am on March 15, then at 9:30 on the other four dates. No live streaming will be allowed during this time. Media will be asked to stay on the south end of the practice fields, near the indoor facility.

THE HEAD COACH SPEAKS: Head coach Shane Beamer will hold a press conference on each Tuesday during spring drills, beginning March 15 and continuing through April 12. The press conference will take place in the defensive team/media room, located on the second floor of the Long Family Football Operations Center beginning at 12:30 pm.

WHAT ABOUT THE PLAYERS?: Offensive players will be available to meet with the media on Monday, March 21, Monday, March 28, Monday, April 4, and Monday, April 11. Defensive players will be available on Friday, March 25, Wednesday, March 30, Wednesday, April 6 and Wednesday, April 13. Requests must be submitted to Steve Fink no less than two business days in advance of the media availability. There are no players “off limits.” However, please be aware that there is a finite amount of time to conduct the interviews, depending on the student-athletes’ class schedules. It may not be possible to fulfill every request. Fink can be reached at finksc@mailbox.sc.edu or 803-240-5268.

SCRIMMAGE SCENARIOS: The Gamecocks are scheduled to scrimmage twice prior to the spring game. The scrimmages are set for Saturday, April 2 and Saturday, April 9 in Williams-Brice Stadium. They are closed to the media and general public.

THE SPRING GAME: The annual Garnet & Black Spring Game is scheduled for Saturday, April 16. Game time is set for 7 pm ET at Williams-Brice Stadium. The game will be carried live on SEC Network+ (digital platform), which is available to all authenticated fans via the ESPN App. Admission to the game is free.

BIG GAMECOCK WEEKEND: “Big Gamecock Weekend” will start on Thursday, April 14, with the baseball team’s game against Ole Miss at 7 pm and continues Friday with Beach Volleyball against Georgia State and College of Charleston at Wheeler Beach; men’s tennis against Texas A&M at the Carolina Tennis Center; and the baseball series with Ole Miss continuing at 7 pm at Founders Park. On Saturday, the “Cocky Trot 5K” will be held at Gamecock Park and surrounding areas. Other events on Saturday include the Gamecock Invitational Track & Field Meet at Cregger Track and Beach Volleyball against Florida Gulf Coast and Coastal Carolina. The Gamecock baseball team will wrap up the series with Ole Miss at 1 pm, with a block party before the game outside the stadium. Festivities for the Garnet & Black Spring Game will begin with a pre-game concert by Patrick Davis in the Gamecock Park amphitheater from 5–6:30 pm. In addition, there will be a post-game fireworks show at Williams-Brice Stadium. Concessions will be available during the spring game, including beer and wine sales.

PRO TIMING DAY: South Carolina will hold its annual Pro Timing Day on Friday, March 18. The event will begin in the weight room at the football ops facility at 7 am before moving to the Jerri and Steve Spurrier indoor practice facility. Media will be able to observe the on-field portion of the workout. Submit your credential requests to Steve Fink. Selected players will be made available to the media as their schedule permits.

CAROLINA CALLS: Todd Ellis will host “Carolina Calls with Shane Beamer” on Thursday, April 14. The hour-long show airs live from Backstreets Grill on Devine Street on the statewide Gamecock Radio Network, including the flagship station of the Gamecocks, WNKT-FM (107.5) in Columbia, and over the internet at GamecocksOnline.com, beginning at 7 pm.

The spring practice/media availability calendar can be found here.