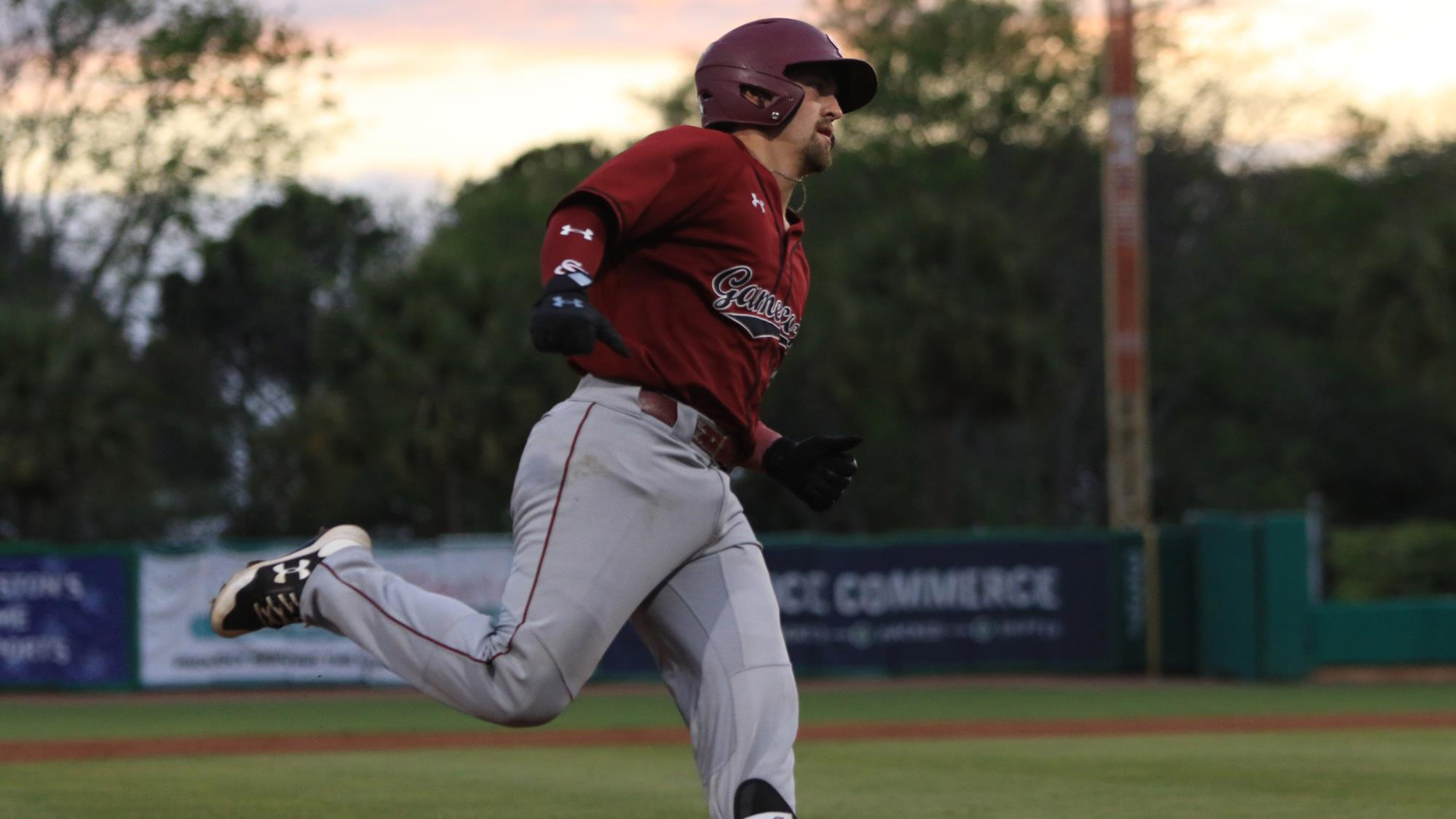 Baseball Walked Off by The Citadel on Tuesday Night

The Bulldogs scored a pair in the ninth to earn the 4-3 win.

CHARLESTON – The Citadel scored two runs in the ninth to walk off the University of South Carolina baseball team, 4-3, Tuesday night (March 22) at Joe Riley Park.

Carolina took a 3-2 lead heading to the bottom of the ninth but Michael Braswell walked the first two hitters. After a balk moved the runners up 90 feet and an intentional walk, back-to-back hits by Travis Lott and Crosby Jones gave the Bulldogs the walkoff win.

The Gamecocks scored runs in each of the first two innings on a Carson Hornung RBI single in the first and Colin Burgess’ first home run of the season in the second. Carolina scored its third run on a strikeout-passed ball in the sixth.

Hornung had two hits and an RBI to lead the Carolina offense. Aidan Hunter pitched five innings, allowing just three hits and a run with a strikeout. Cade Austin pitched two innings of hitless relief, striking out a batter.

UP NEXT
Carolina hosts No. 4 Vanderbilt for a three-game series starting Thursday night (March 24) at 8 p.m. The game will be televised on ESPN2.