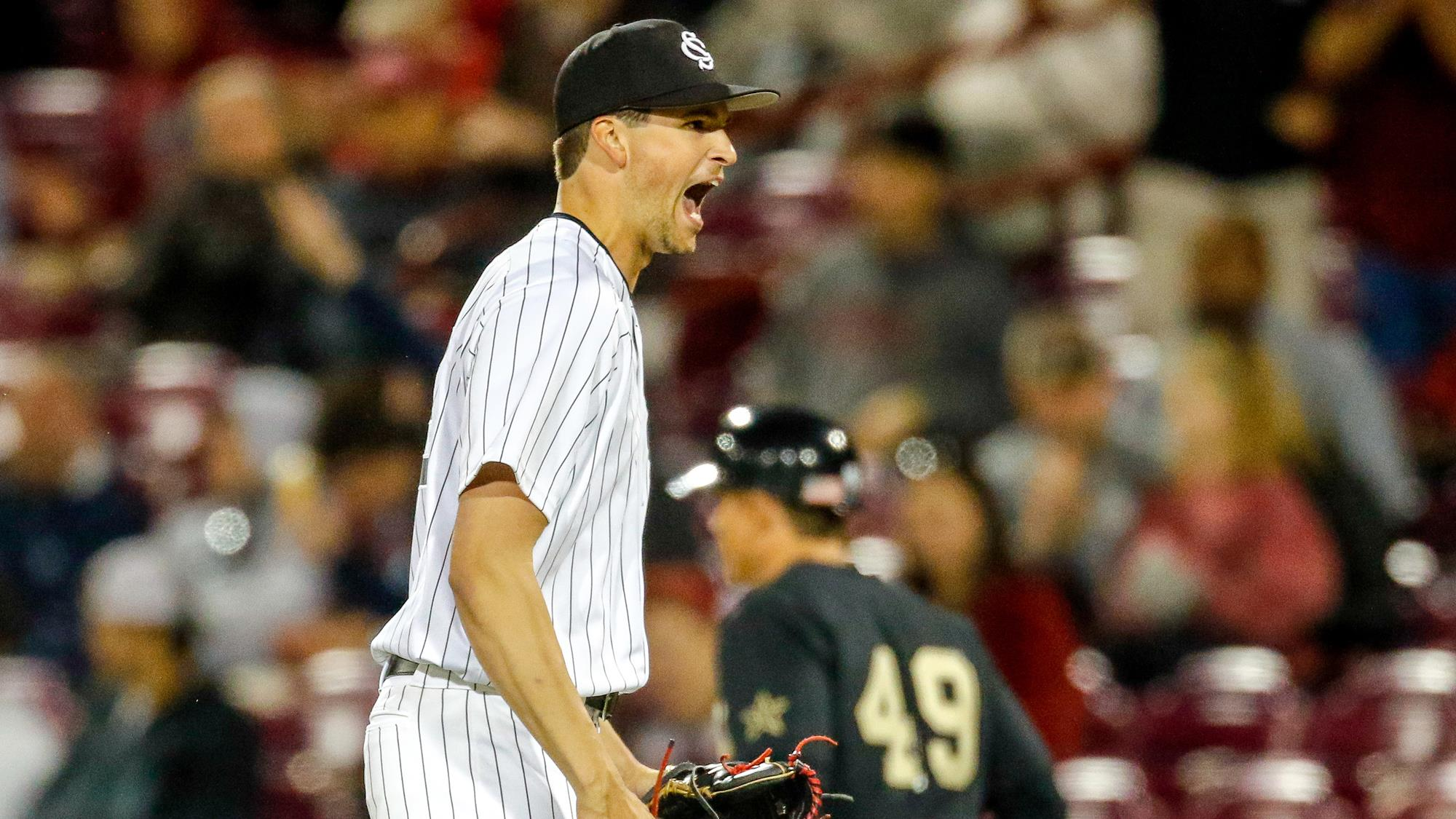 The Gamecocks scored seven runs in the first two innings in the 8-2 win over the Commodores.

COLUMBIA – The University of South Carolina baseball team jumped out with seven runs in the first two innings and Will Sanders struck out 11 in seven innings of work in an 8-2 win over No. 4 Vanderbilt Friday night (March 25) at Founders Park.

The Gamecocks put up three in the first inning. Brandt Belk doubled to start the frame. He went to third on a Kevin Madden single and scored on Andrew Eyster’s RBI single. Michael Braswell then singled to left, scoring Madden. After a walk to Colin Burgess, Thad Ector’s sacrifice fly scored Eyster and Carolina led 3-0.

Carolina then scored four in the second. Evan Stone singled and scored on Belk’s RBI double. Madden was hit by a pitch and with two on, Eyster homered to right for his fourth round tripper of the season. Vandy scraped single runs in the fourth and fifth frames. Carolina added a run in the sixth as Belk scored on a wild pitch.

Sanders allowed six hits and two runs with two walks to go with the 11 strikeouts to move to 4-1 on the season. Cade Austin struck out three in the final two innings as Carolina snapped its five-game losing streak and Vanderbilt’s 18-game winning streak.

Eyster was 2-for-3 with four RBI and two runs scored. Belk went 3-for-4 with two runs scored and an RBI. Madden and Braylen Wimmer added two hits apiece.

UP NEXT
Carolina and Vanderbilt close out the three-game series Saturday afternoon (March 26) at 2 p.m. at Founders Park. The game will be on SEC Network Plus.