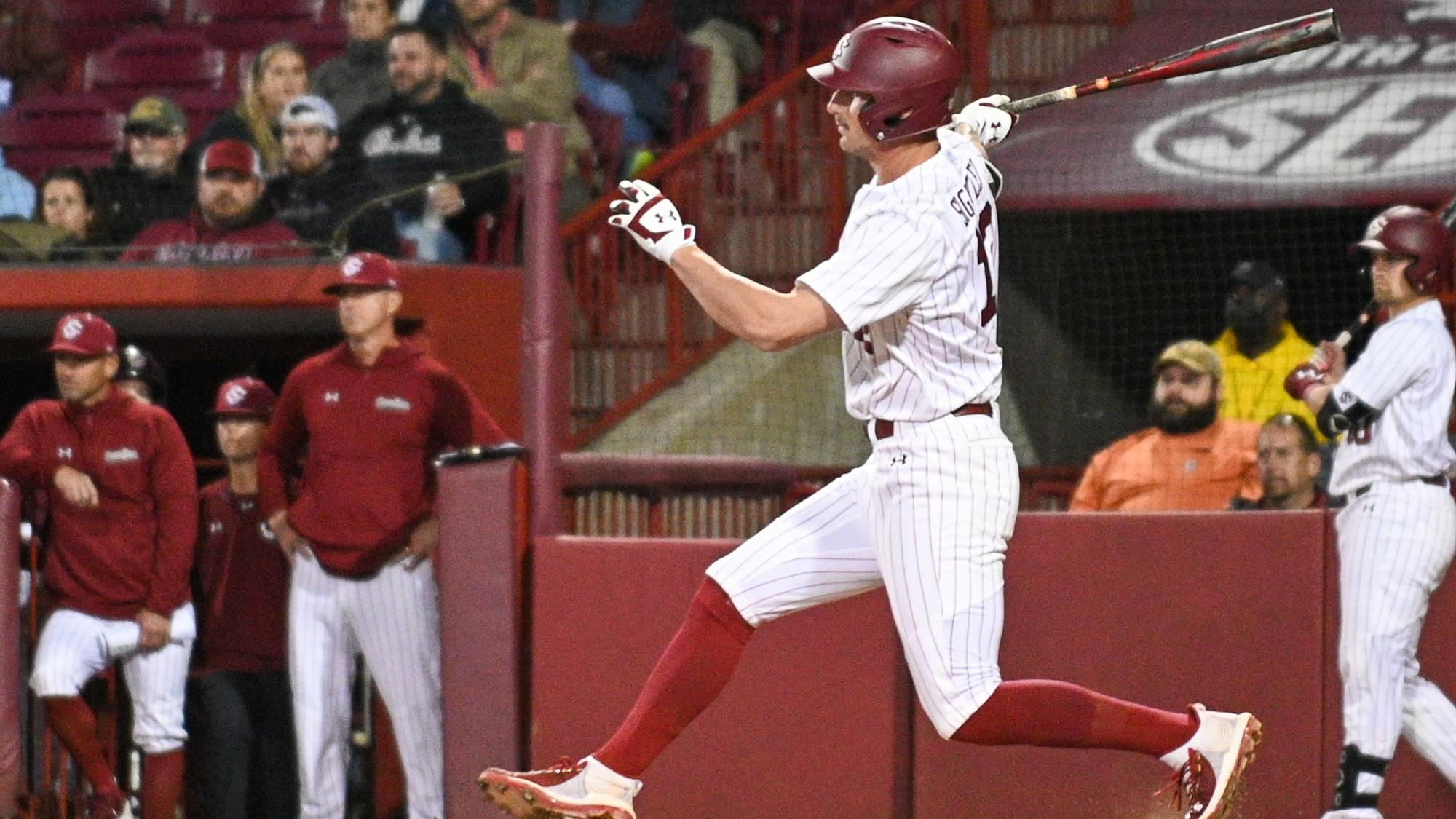 Hall allowed just three hits and a run with no walks and four strikeouts to pick up his first win as a Gamecock. The lone run was a Josh Day solo home run in the sixth. Hall did not allow a hit until the fourth inning in the win. Cade Austin came on to earn his second save of the season, pitching the final two frames and allowing just two hits with a strikeouts.

Sightler homered in the top of the third for the game’s first run, then hit a towering two-run home run in the fifth, making it 3-0. Kevin Madden’s RBI single in the eighth scored the game’s final run.

UP NEXT
The Gamecocks and Tigers resume the three-game series on Saturday afternoon (April 2) at 2 p.m. CT (3 p.m. ET) in Columbia, Mo. The game will be on SEC Network Plus.