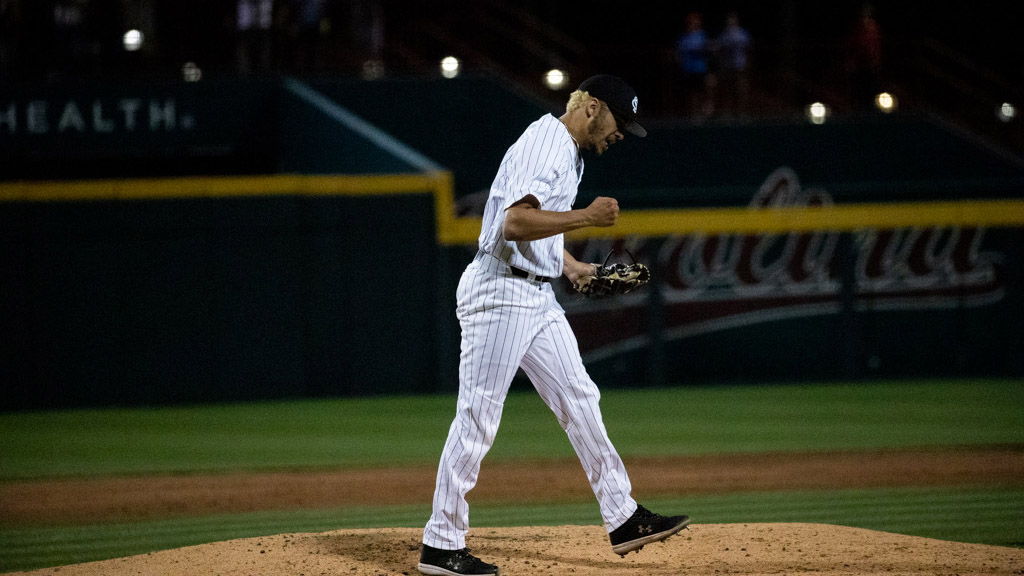 Ole Miss struck first on a Tim Elko homer in the top of the first, but Carolina took the lead for good in the third. Michael Braswell led off the inning with a single. With one away, Brandt Belk reached base on a bunt single, extending his hit streak to 21 games. With two away, Sightler hit one opposite field that hit the top of the wall and then the railing for his team-leading sixth home run of the season.

Carolina added a run in the fourth as Talmadge LeCroy came home on a wild pitch.

The night belonged to Hall as he earned the win for the Gamecocks. He pitched a season high 7.2 innings and threw 96 pitches. The only Rebel he had trouble with was Elko, who was 4-for-4 with two home runs. Matthew Becker earned his third save of the season, striking out three in 1.1 innings.

UP NEXT
Carolina and Ole Miss will wrap up the three-game series on Saturday afternoon (April 16). The game has been moved to 3 p.m. due to the weather forecast in the Midlands.