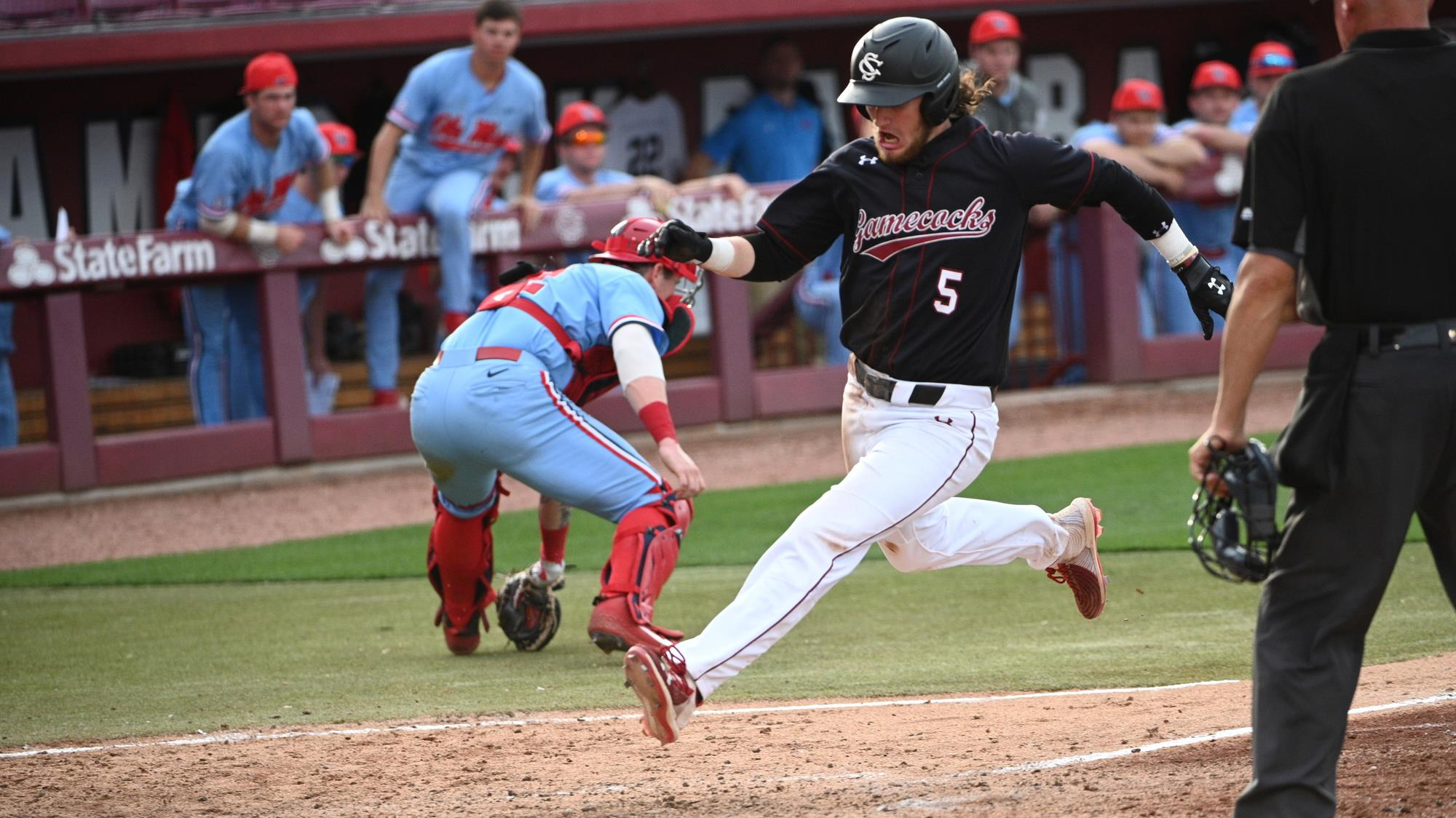 Vasquez the Hero as Baseball Takes Series over Ole Miss

COLUMBIA – Jalen Vasquez’s sacrifice fly in the bottom of the ninth inning scored Talmadge LeCroy, giving the University of South Carolina baseball team a 9-8 walk-off win over No. 25 Ole Miss Saturday afternoon (April 16) at Founders Park, clinching a series win over the Rebels.

Ole Miss scored four runs to tie the game at eight in the ninth, but LeCroy opened the home frame with a walk. He went to second on a sacrifice bunt from Colin Burgess and moved to third on a passed ball. After an intentional walk to Michael Braswell, Vasquez hit the first pitch he saw to center field, scoring LeCroy.

Carolina scored first in the bottom of the second on a Braswell groundout. Then in the fourth, LeCroy’s double brought in Josiah Sightler and Carson Hornung forced in a run with a bases loaded walk. Ole Miss had single runs in the fifth and sixth but Carolina answered in the bottom of the sixth as Hornung unloaded on a two-run home run to right field.

Caroilna scored three in the eighth after Ole Miss cut the lead in the seventh. Braylen Wimmer belted a two-run home run to left and Josiah Sightler followed with a solo shot over the bullpen in right.

Will Sanders struck out four, allowing seven hits and three earned runs with one walk in 6.1 innings. Matthew Becker had three strikeouts in 1.2 innings, allowing four runs and five hits. The win went to Cade Austin, who struck out two in an inning of work.

UP NEXT
Carolina heads to Rock Hill, S.C., to face Winthrop Wednesday night (April 20) at 6 p.m. at Winthrop Ballpark. The game will be on ESPN+.