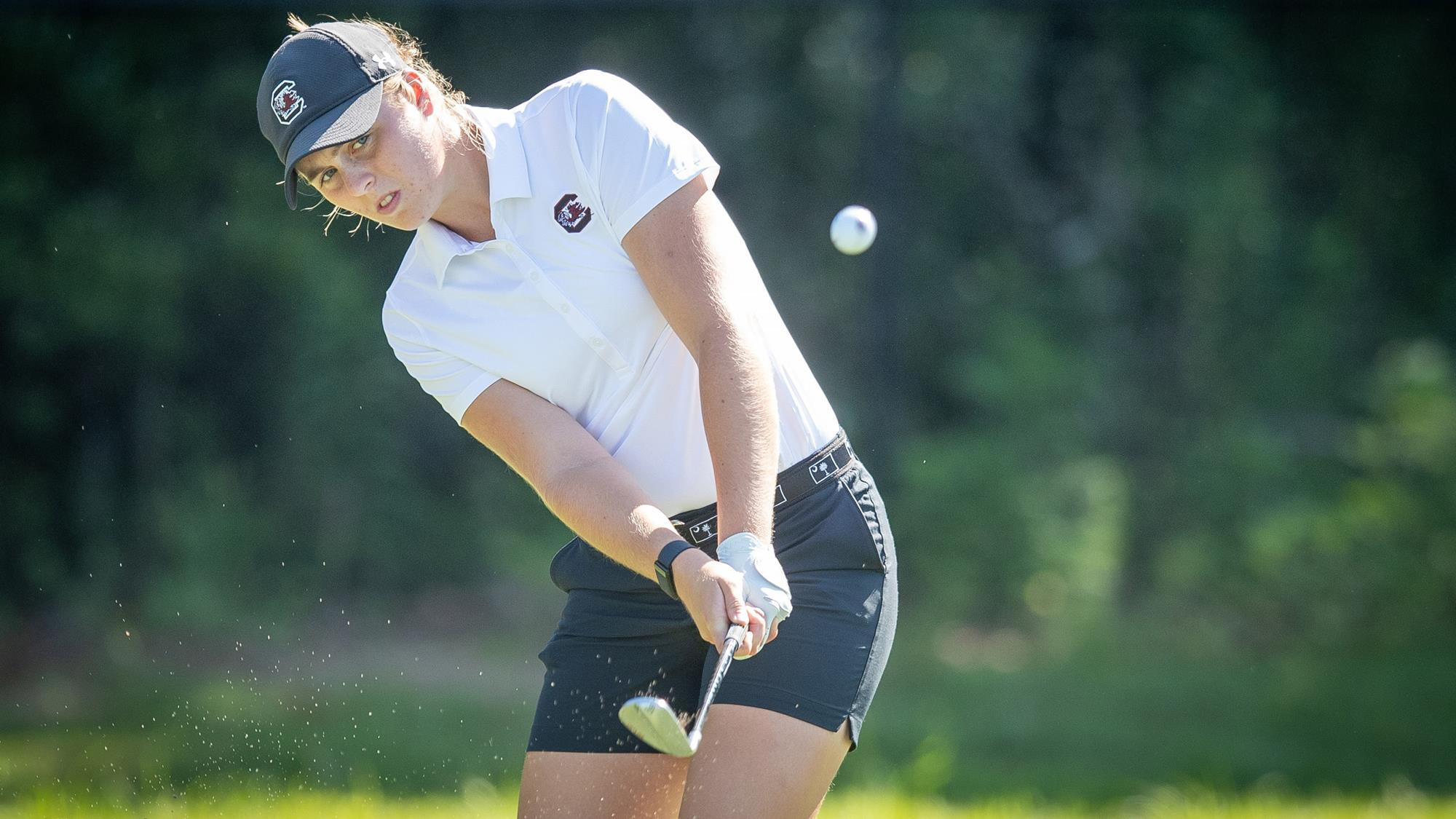 COLUMBIA, S.C. – South Carolina freshman Hannah Darling is one of 10 golfers on the Final ANNIKA Award Watch List presented by Stifel, the Haskins Foundation announced today. She is one of three SEC players on the list and will look to become the first Gamecock to claim this award. Two former Gamecocks have been finalists – Pauline Roussin-Bouchard (2021) and Katelyn Dambaugh (2016).

Darling burst onto the college golf scene with a bogey-free 66 in the opening round of her first collegiate tournament, the ANNIKA Intercollegiate in September, finishing second at that event to lead the Gamecocks to victory. Since then, she added First-Team All-SE honors and leads the team in scoring average (72.59) and top-five finishes (5). The Midlothian, Scotland, native’s scoring average is the second lowest by a freshman in program history, trailing only Roussin-Bouchard, who is currently in the LPGA. The two are the program’s only freshmen to capture First-Team All-SEC recognition as well. Darling is currently ranked No. 8 in the Golfstat Player Rankings and No. 12 in WAGR.

Current players, coaches, women’s golf communications directors and media are eligible to vote for the award at: http://www.annikaaward.com/voting-ballot. Voting begins today through Wed., May 23, one hour after the completion of the stroke play portion of the NCAA Championships.

South Carolina continues its season on Fri., May 20, at the NCAA Championships in Scottsdale, Ariz., at Grayhawk Golf Club. The field’s 24 teams will play 54 holes with a cut to the top 15 team and the top nine individuals for the final 18 holes of stroke play on Mon., May 23. The top eight teams will advance to the NCAA Match Play Quarterfinals on Tuesday.

Continue to check GamecocksOnline.com and the team’s social media accounts (@GamecockWGolf) for the most up-to-date information on the women’s golf season.