Local Defensive Linemen Hope It's Their Time to Shine

To borrow some branding from the Southeastern Conference, it just means more for South Carolina’s Alex “Boogie” Huntley (pictured above) and Jordan Burch to play for their hometown team. Now the third-year defensive linemen, who played high school football together less than six miles from Williams-Brice Stadium at Hammond School, are ready to step into primary roles for the Gamecocks’ defense.

“Columbia and South Carolina deserve a championship,” Huntley said. “They’re the best fans in the nation, so they deserve the best. Whether it’s in the film room, the weight room, or out there on the field, I want to dominate anything I can, on or off the field. I want to step into a leadership role and help everyone get better.”

“I’m trying to become a leader,” said Burch. “I’m trying to help my teammates out and be that guy that can step up and make plays for the team. I feel more confident. Everything is more familiar now, and I’m prepared.”

Transitioning from star players at a small high school and having to adjust to the speed and physicality of the SEC wasn’t easy.

“I definitely felt it a little bit when I first got here because I had been coming to these games for so long,” Huntley said. “It was more of me just wanting to get in and help out.” 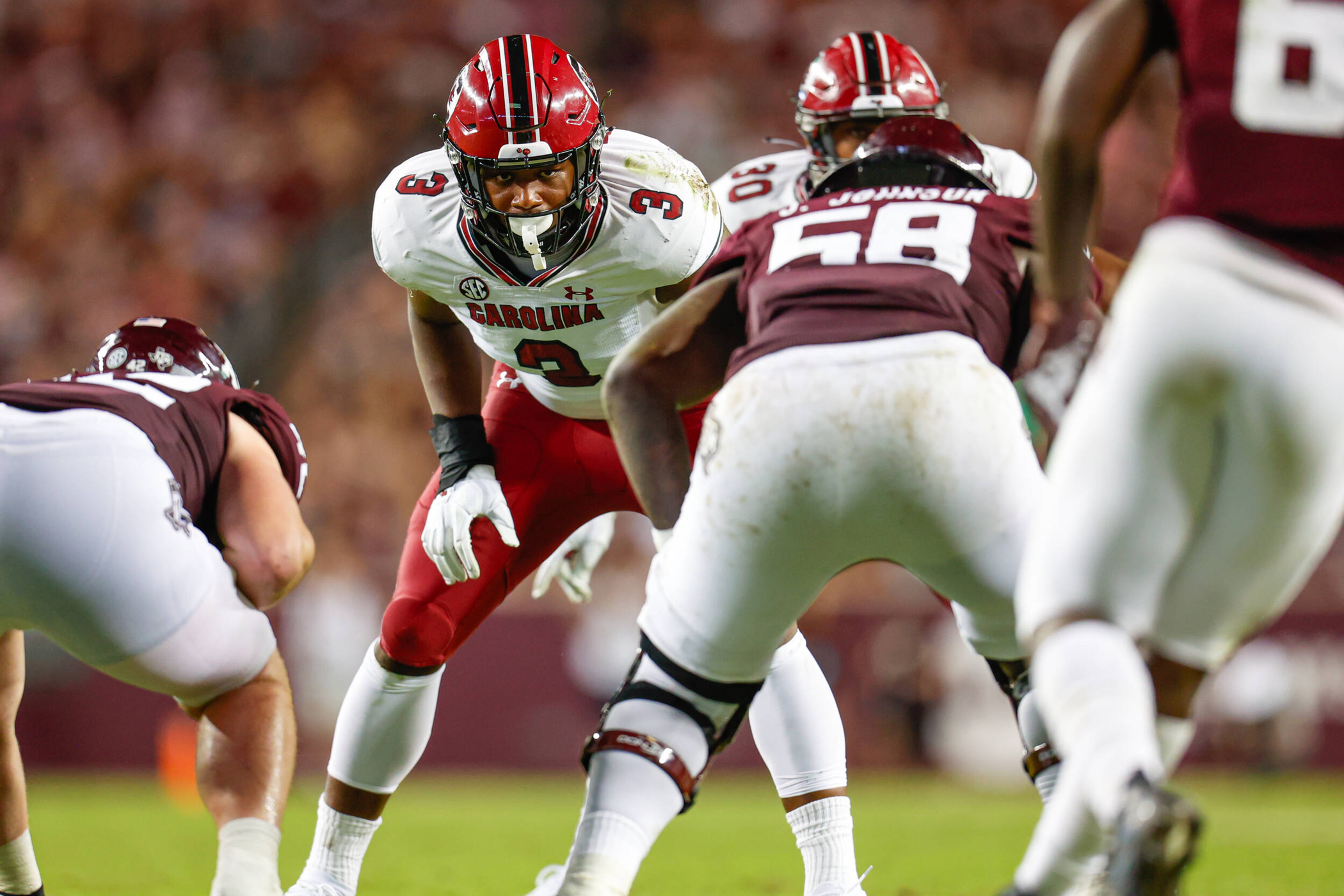 “There’s not pressure, but it’s more excitement to be in that role and have that opportunity.”

Both made big strides in 2021 as Burch, who is an edge rusher, played in every game last year and made his first career start in the Duke’s Mayo Bowl. Overall, he had 26 tackles with 2.5 tackles for loss and a sack. He also returned an interception 61 yards for a touchdown in a win over Eastern Illinois.

Huntley earned SEC All-Freshman Team honors after playing in every game on the interior defensive line.

Now that they’ve been in the program for a few years, both are ready to be leaders on defense.

“There’s not pressure, but it’s more excitement to be in that role and have that opportunity,” Huntley said. “I’m more confident, comfortable, stronger, faster, and smarter than I was when I first got here. It’s about evolving. I still want to get better in the film room, and honestly, I can still get better everywhere.”

“Coming into year three, I feel like this should be my year,” Burch said. “I’ve been putting in the work, and after playing behind some good players and learning a lot, I’m getting an opportunity.”

South Carolina lost several key players from a solid defense last year, but both feel this unit can be just as good, if not better, now that they’re more familiar with the system.

“Those guys we lost were great players, but I definitely think we can do even more,” Huntley said. “I have a really good feeling about this year.”