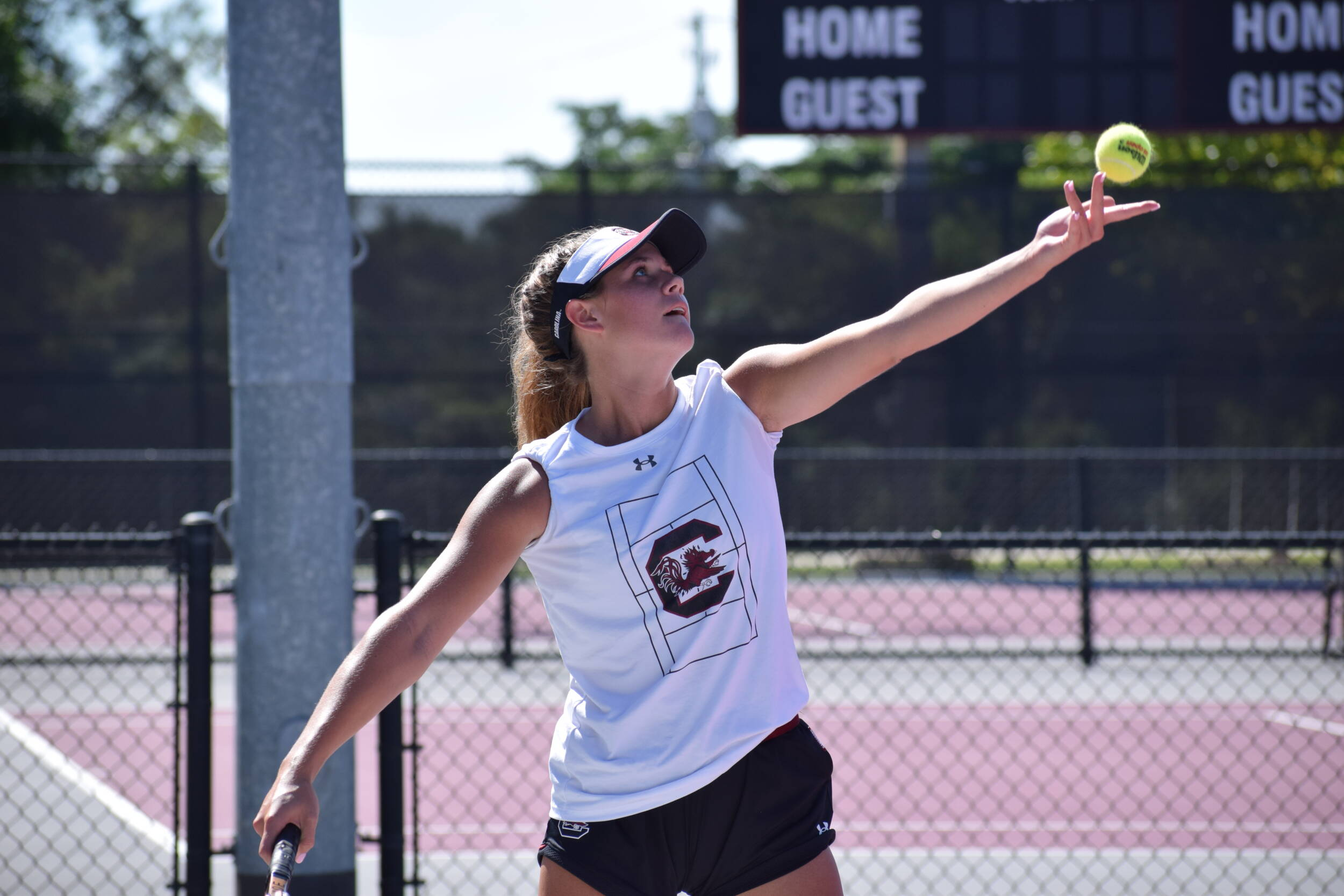 Greenville, S.C. – The Gamecocks wrapped up the first day of the fall season at the Debbie Southern Furman Fall Classic with a pair of freshmen highlighting the day with straight set singles wins. South Carolina completed two rounds of doubles play and the first round of singles play.

The tournament is broken up into flights, with each flight containing eight individual players or eight doubles teams. The Gamecocks were represented in seven out of the nine singles flights and all four doubles flights.

South Carolina began the day with doubles action which was highlighted by senior pair Elise Mills  and Ana Cruz . The duo started the day strong with an 8-5 win over Karolina Berankova and Iuliia Bryzgalova of Duke. They then went on to take down Ruth Marsh and Alejandra Cruz of Georgia Tech in the second round, also with a score of 8-5.

The Gamecock duo will take on Abigail Forbes and Fiona Crawley of North Carolina tomorrow morning at 9 a.m. for their shot at the flight title.

No. 2 Sarah Hamner  earned a comeback win over No. 77 Cristine Mayorova of Clemson. Hamner dropped the first set but came back to take the second set 6-3 and third set 6-4 to earn a ranked win in her first match of the season.

No. 42 Ayana Akli also picked up her first win of the season in three sets. The senior won her first set 6-3 but dropped her second set by the same margin. Akli then went on to dominate the final set, blanking her opponent 6-0.

Cruz will also advance on the positive side of her flight after her opponent retired prior to the completion of the second set.

The Gamecocks will continue tournament play tomorrow with one round of doubles and one round of singles beginning at 9 a.m.