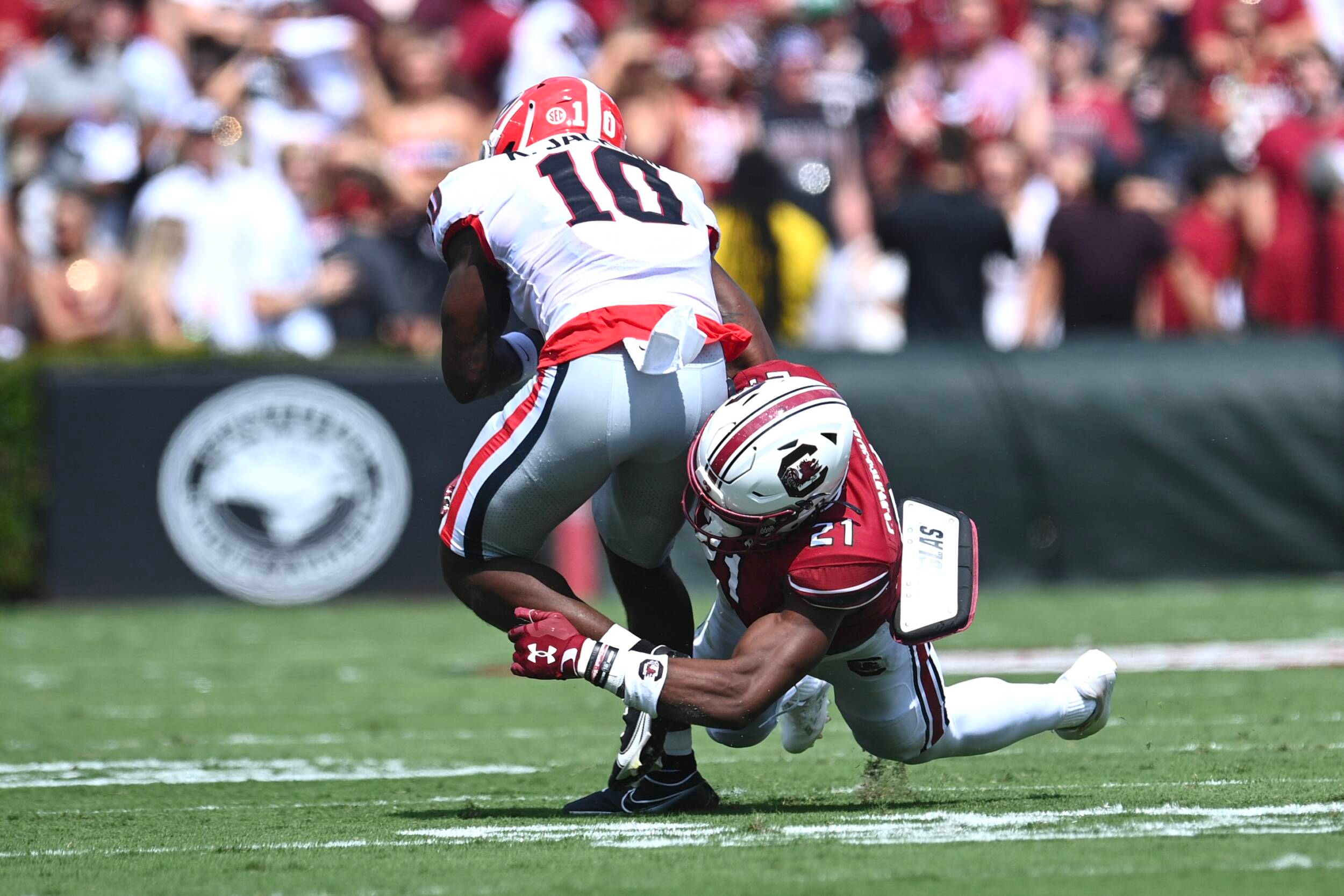 The Bulldogs (3-0) nearly had a second shutout of the season in their Southeastern Conference opener, but the backups allowed a touchdown pass with 53 seconds to go.

Georgia has allowed just 10 points this season and the garbage-time score was the first offensive touchdown it gave up in its past five regular-season games.

South Carolina (1-2) started 0-2 in the SEC for the fourth straight year.

The Georgia offense scored on eight of its first nine drives, gaining 551 yards and averaging nearly 10 yards a play before putting in the backups in the fourth quarter.

Tight end Brock Bowers had five catches for 121 yards and two touchdowns and also ran for a score. Georgia let 10 players carry the ball, rushing for 212 yards. Bennett didn’t play the final 23 minutes of the game.

The Bulldogs’ defensive line overwhelmed by South Carolina’s front. A defender was in quarterback Spencer Rattler’s face almost every time he dropped back more than three steps. The Oklahoma transfer got off just three deep balls, with two of them intercepted. He didn’t play in the fourth quarter and was 13 of 25 for 118 yards.

The 41-point victory was Georgia’s biggest against the Gamecocks in their 75 meetings. It was South Carolina’s worst loss since a 56-6 defeat to Florida in 2008.

Georgia: Struggles against teams like South Carolina used to define the Bulldogs. At one point when Steve Spurrier was Gamecocks coach in the early 2010s, South Carolina won four of five in the series. But after Saturday’s win, Georgia has won 15 of its last 16 over SEC East teams and hasn’t lost to an unranked team since the Gamecocks beat them 20-17 in double overtime in 2019.

South Carolina: Gamecocks coach Shane Beamer appears to be breathing life into a program that had lost 13 of its last 16 when he took over in 2021, but there is still a big gap to the best. In his second season, Beamer is 0-4 against Top 25 teams, losing by an average of nearly 24 points.

Beating an SEC opponent by 41 points should be enough to keep the Bulldogs at No. 1.

Georgia: The Bulldogs have one more nonconference tuneup, this time against Kent State, before playing its last seven SEC games.

South Carolina: The Gamecocks dip out of the SEC for a home game next Saturday against Charlotte.