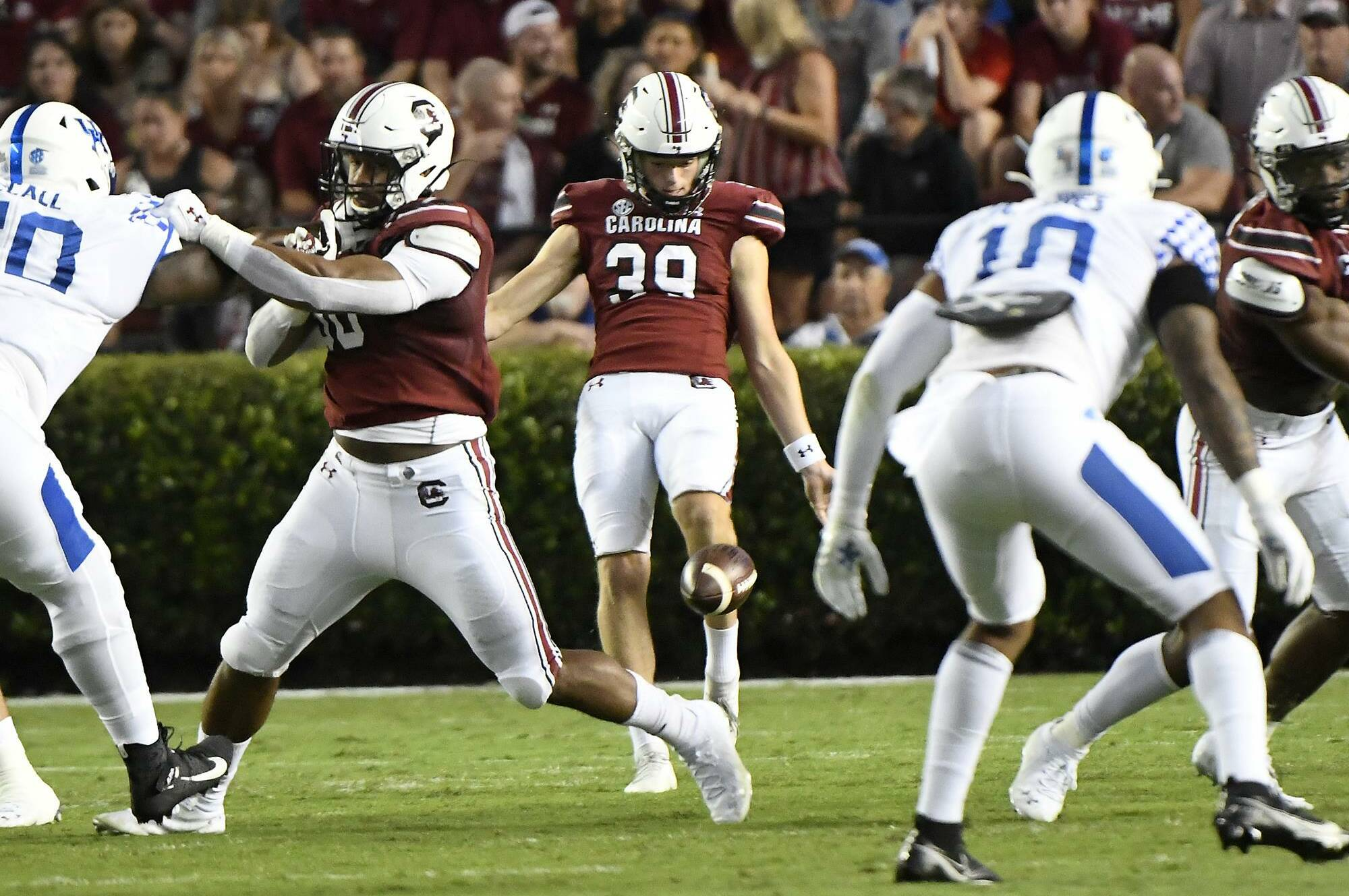 Kai Kroeger Named One of Ray’s 8

University of South Carolina punter Kai Kroeger has been named one of “Ray’s 8” for his efforts in the Gamecocks’ contest versus Georgia last Saturday, the Augusta Sports Council and the Ray Guy Award announced today.

Kroeger, a 6-4, 207-pounder from Lake Forest, Ill. had another excellent day against the Bulldogs. The junior who was the Ray Guy National Punter of the Week in Week 1, punted five times for a 44.4-yard average against the Bulldogs, with a long of 54 yards. All five of his punts pinned Georgia inside its own 20-yard line. Kroeger also completed a 20-yard pass out of punt formation for a first down. He is now 3-for-3 passing in his career, with all three resulting in first downs, including one touchdown.

Kroeger and the Gamecocks (1-2, 0-2 SEC) will be back in action on Saturday, Sept. 24, when they host the Charlotte 49ers (1-3, 0-1 Conference USA) in a 7:30 pm contest at Williams-Brice Stadium in Columbia. ESPNU will have the broadcast of the non-conference contest, the first-ever gridiron meeting between South Carolina and Charlotte.