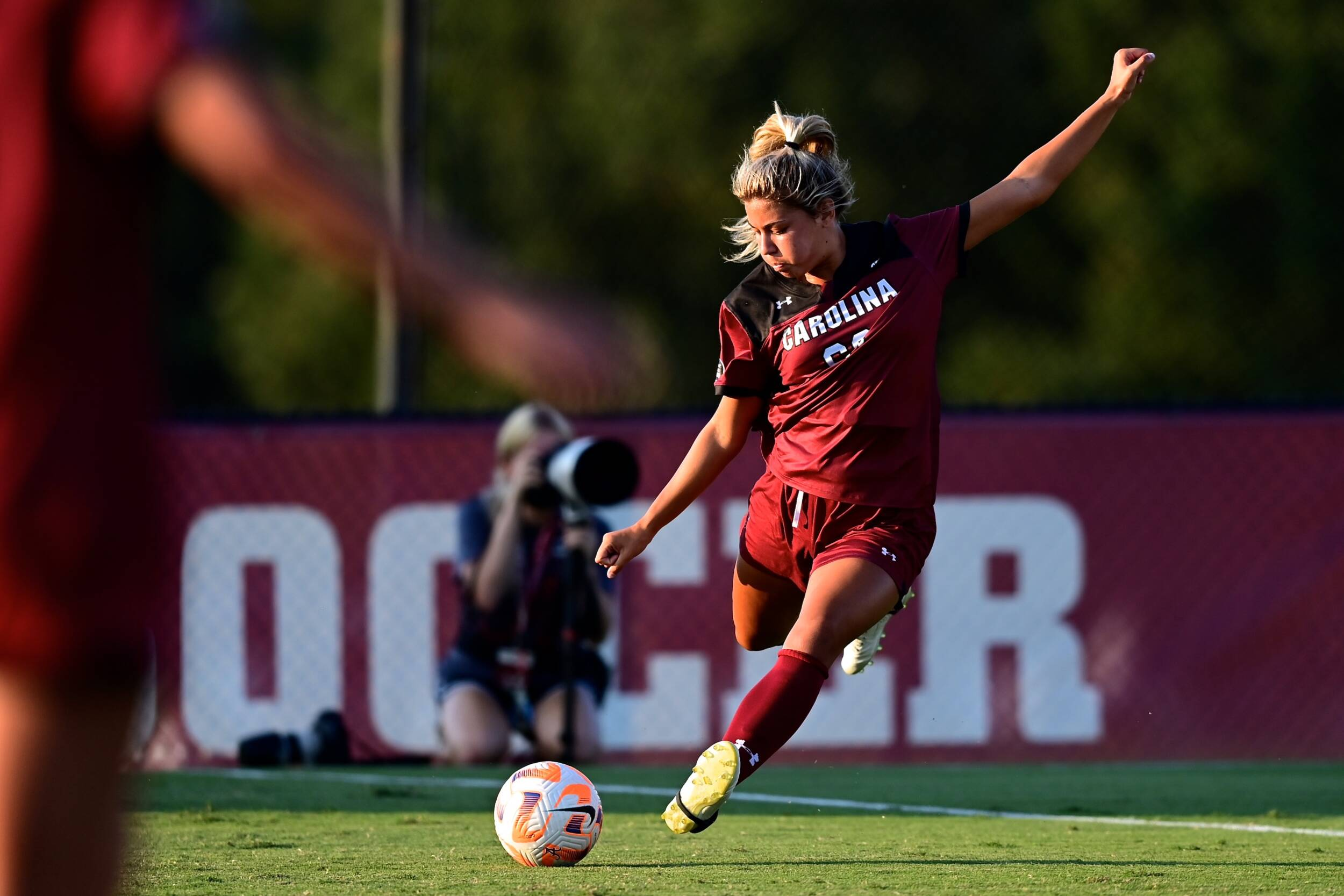 No. 8 Women's Soccer to Take On Georgia

COLUMBIA, SC – South Carolina women’s soccer (5-1-3) remains within the top-ten programs in the country, according to new weekly rankings by the United Soccer Coaches Poll. The No. 8 Gamecocks will get ready to head to Athens as they take on Georgia (7-2-0) on Thursday, Sept. 22.

South Carolina most recently fell to then No. 11 Alabama, 0-2. The loss was the first of the season for the Gamecocks, and the first in SEC play.

Within the first two minutes of the second half, Catherine Barry and Corinna Zullo doubled the total shots in the game for South Carolina, but the first was saved by Alabama goalkeeper McKinley Crone, and the latter came off just inches to the right of the post.

South Carolina would put up four more shots (two on goal) throughout the rest of the half, but come up empty handed.

The Tide finished with a 20-6 shot advantage (seven on goal), and five corners. Senior goalkeeper Heather Hinz came away with four saves. Seven yellow cards were handed out between both teams (five to the Tide), including one to Alabama head coach Wes Hart.

Thursday’s meeting against the Bulldogs will be the 30th in program history. Georgia currently leads the series 16-11-5, with the most recent matchup being a scoreless tie last season.

Georgia most recently defeated Texas A&M 3-2, despite an 8-19 shot disadvantage. The Bulldogs saw goals from freshman Cate Hardin, sophomore Joyelle Washington, and Dasia Torbert. Tobert recorded three points on the night with a goal and assist, and has tallied at least one point in the last five consecutive matches.